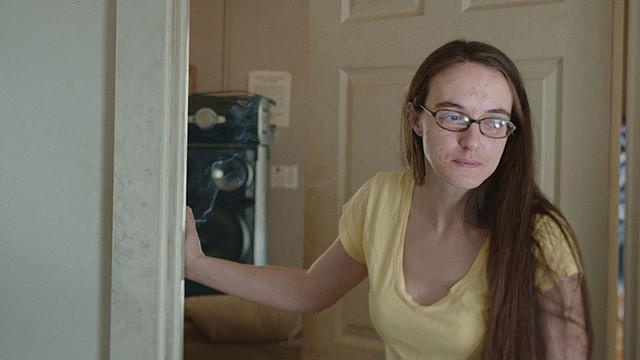 Like most everything in the time of coronavirus, the Middlebury New Filmmakers Festival will look a lot different this year. Due to the COVID-19 pandemic, the sixth edition of the fest, which focuses on the work of first- and second-time filmmakers, will be held entirely online. It marks a dramatic change for an event that puts a premium on audience interaction and saw 60 filmmakers make the trip to Middlebury last year.

"For us, the choice was: Let's at least stay connected," MNFF producer Lloyd Komesar says. "Let's maintain continuity with our audiences and our filmmakers and do the very best we can to present a diverse and interesting program."

The streaming festival launches on Thursday, August 27, and runs through September 3. Besides computers and mobile devices, the online watch portal is accessible through Apple TV 4K and Roku devices.

Shifting from a physical to an online fest had its share of challenges, Komesar observes.

One "guardrail" the festival programmers encountered was the duration of exhibition, with 12 of the 26 features available for only four days instead of the full eight days of the fest. Certain films have a limited number of streams (300 total views on the low end) and will be available on a first-come, first-served basis. And 12 films are subject to geo-blocking and can't be viewed outside the U.S., while three are available to Vermont residents only.

One of the titles limited to Vermont viewing is For the Love of Rutland, a documentary that follows a Marble City mother struggling to raise a family while overcoming an opioid addiction. Directed by Jennifer Maytorena Taylor, who lived in the Rutland area for part of her childhood, the film also probes the community schism that formed in 2016 when then-mayor Chris Louras announced a plan to resettle 100 Syrian and Iraqi refugees in the city.

"It's the kind of movie you take on without knowing where it's going to lead ultimately, which is always the kind of documentary filmmaking that interests me the most," MNFF artistic director Jay Craven says.

Since its inception, MNFF has shown short films before features, with the directors of the paired movies often sharing the stage for post-screening Q&As. This year, Komesar notes, 33 shorts will be packaged into six thematic programs in an effort to maximize views in the virtual space.

"We're trying to support our short filmmakers as diligently as we can, because for the ones who've done really good work, that calling card can get them to the next level," Komesar says. Since May, MNFF has been presenting a "Short of the Week" series of films that screened at last year's fest on Vimeo.

Shorts are also important to the organizers of the Lake Placid Film Festival, which would normally take place in October across Lake Champlain. LPFF's online spotlight for shorts will commence on September 2 and run each Wednesday through October 21. Punningly named "Keep Your Shorts On," the free series on Vimeo includes eight movies from the 2019 LPFF "Your Shorts Are Showing" competition, each followed by a Zoom video chat between a moderator and the film's director.

Gary Smith, who chairs LPFF's parent organization, the Adirondack Film Society, says the fest is accepting submissions for the 2020 short-film competition through September 30, with juried prizes to be awarded to top selections at the end of October. While no dates are set, LPFF hopes to show the selected films online at some point over the next few months.

"So many of these [filmmakers] want to be selected, and want the laurel wreaths associated with acceptance, and want these acceptances in their portfolios to sell their works or to attract investors," Smith says.

One of the hallmarks of MNFF in past years was the opportunity to spot filmmakers walking to and from screenings in downtown Middlebury and mingling with locals at the town's eateries and watering holes. To compensate for the lack of community engagement this year, Craven recorded Q&As with 13 filmmakers, which will be viewable as bonus content with their respective features.

The most internationally known of the interviewees is Ken Loach, whom Craven met in London following the release of the British director's 1995 Palme d'Or-nominated Spanish Civil War tale Land and Freedom. For the first four days of the fest, MNFF will stream Loach's latest social-realist drama, Sorry We Missed You, about a self-employed delivery driver whose modest dreams of self-sufficiency are shattered by the merciless grind and bureaucracy of the gig economy. Though the film premiered at the Cannes Film Festival in 2019, Craven thinks its themes resonate even more strongly during the economic fallout of the ongoing pandemic.

"It could not be more timely," he says.

Another of-the-moment theme that Craven identifies in the festival program is the "clash of cultures" across the globe. He singles out three films: Down a Dark Stairwell is a doc about the complex cultural repercussions of the fatal shooting of an unarmed Black man by a Chinese American police officer in a New York City housing project. The Accused: Damned or Devoted? examines the case of Asia Bibi, a Christian woman accused of blasphemy by her Muslim coworkers in Pakistan. John Lewis: Good Trouble profiles the civil-rights leader and 17-term U.S. representative who died on July 17 at the age of 80.

Although seemingly every other national headline these days contains the word "Trump," a far different American leader is in MNFF's virtual limelight. Jimmy Carter: Rock & Roll President showcases the pivotal role that rockers such as Gregg Allman and Bob Dylan played in the Georgia peanut farmer's ascent to the Oval Office. On the flip side, two-time Oscar winner and MNFF mainstay Barbara Kopple's Desert One details the disastrous Operation Eagle Claw mission during the Iran hostage crisis that sealed Carter's fate as a one-term president.

The MNFF organizers acknowledge that the online format is far from ideal. But the decision to go on with the show, Craven says, was made with up-and-coming independent filmmakers in mind.

"Part of the reason we really wanted to stage the festival despite the pandemic," he says, "was to try to recognize the filmmakers who are a bit stranded right now, and to give [them] this opportunity and the best shot we can give them of a platform to get their work seen."