Middlebury College Museum of Art, Reenvisioned, Opens to the Public 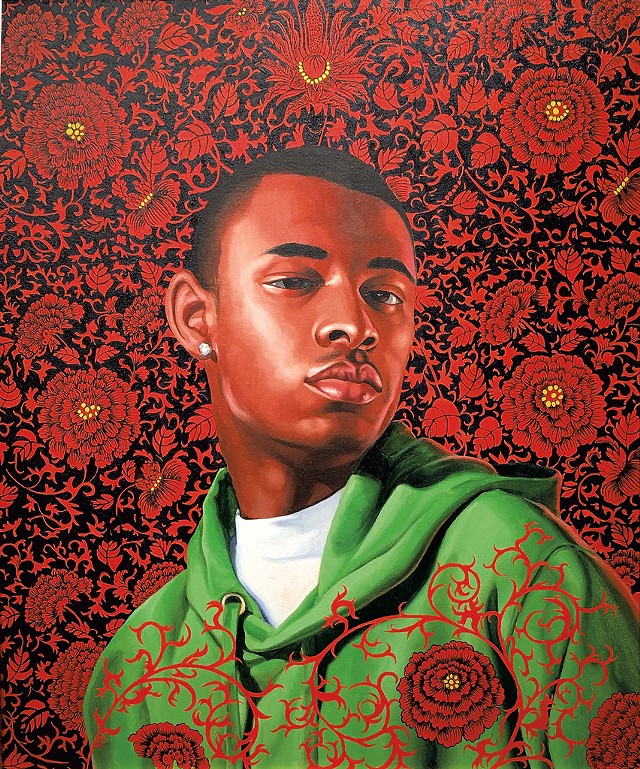 The narrative is familiar by now: Museum shuts down in the pandemic, takes stock of itself while closed, reopens with a fresh MO. And that hasn't meant simply cleaning out the storeroom or painting the walls. Museums worldwide have engaged in a wholesale self-examination with regard to diversity, equity and inclusion, as well as how they host exhibitions and events both physically and virtually.

The Middlebury College Museum of Art closed to all but essential staff in March 2020. A year later, it opened its doors to faculty and students — after all, its primary mission as a college museum is to serve its academic programs. Earlier this month, the museum finally reopened to the public with modest fanfare: a press release and advertisements in local media.

The museum is basically encouraging viewers to make their own connections. tweet this

That likely explained the trickle of noncampus visitors to the museum on a recent weekday. They did not see, on the surface, a radical transformation of the venue. But some changes in presentation are significant.

"The gallery invites you to consider choices artists make as they express ideas through visual language," reads a very tall sign at the entrance of the first room. Then, a revelatory sentence: "Other interpretive frameworks — particularly considerations of how gender, race and class influence the production as well as the reception of art — have informed how works of art are displayed throughout the museum."

This sign is titled "Creation and Interpretation." Other such panels stand like looming docents in each of the gallery spaces: "In the Eye of the Beholder," "People and the Planet," "Interconnected Worlds." The texts not only offer thoughtful commentary, they signal that a viewer will be asked to think as well as look.

Without the explanatory panels, the curatorial approach might seem incoherent. Absent are the standard exhibition parameters that help our brains categorize things — specific time periods, genres or places of origin. Among the offerings in one room, for example, are a graphic, black-and-white Andy Warhol painting; a vivid abstraction by Ghanaian artist El Anatsui; and delicately painted pottery from ancient Greece. In another, two paintings — one by Norman Rockwell, the other by Kehinde Wiley (who would go on to paint president Barack Obama's official portrait) — hang side by side, seemingly with little in common.

Each of these paintings, sculptures, shards and relics — and each of these artists — has a history. A story. The museum is basically encouraging viewers to make their own connections.

Museum director Richard Saunders, who offered a tour of the galleries last week, explained that staff had used the pandemic downtime to reconfigure their presentation. "It had been the same for a long time," he said. "We thought a lot about our choices."

As a group they came up with a number of themes — alternative ways to conceptualize and display objects in the permanent collection. Like other museum staffs, they took a hard look at representation — that is, of work by Black, Indigenous, female or LGBTQ artists — not just in exhibitions but in acquisitions.

Saunders pointed out two ways in which the museum has taken the viewpoints of visitors into account, as well. Each gallery offers a "Label Talk" dialogue about a specific work of art, in which visitors can use a QR code to leave their own comments. The other consideration is for physical point of view: "We hung the works a little lower for people in wheelchairs," Saunders said, "and we increased the font size" of wall text.

He acknowledged that all of these efforts are "a work in progress."

A substantial pandemic-era achievement for Middlebury's museum is a handsome volume titled simply Handbook of the Collection. Though it was in planning before 2020, Saunders said, the museum's closure allowed staff the time and focus to finish the project. 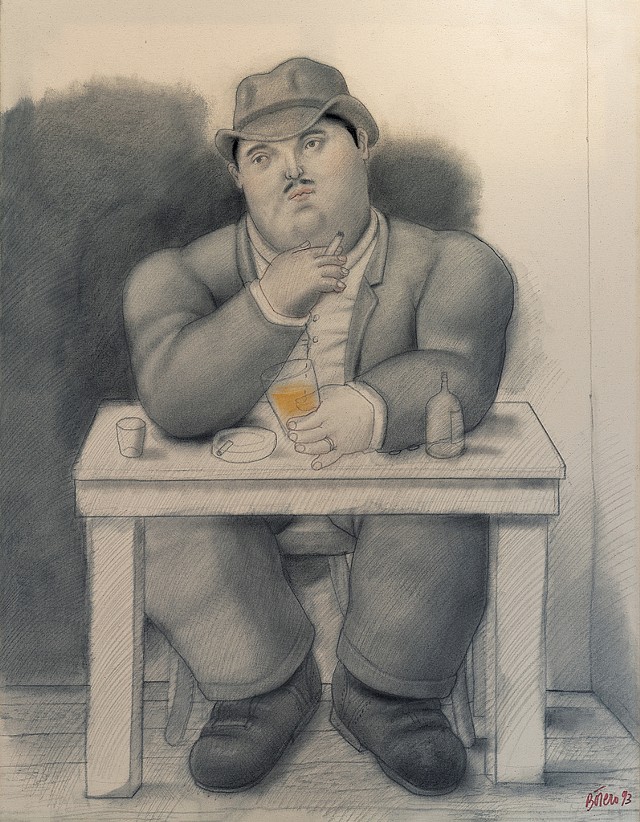 The Handbook's striking cover is a close-up detail of a Damascus tile, in rich blues and green, from the late 16th or early 17th century. Inside are photographs and brief explanations of selected works from the 6,000-plus items in the museum's holdings.

Several copies of the book are available for viewers to browse in a second-floor sitting area adjacent to the exhibition "Contemporary to Classical: Highlights From the New Collections Handbook." As the title indicates, it features works that are described in the book.

As Saunders noted, the Handbook has a somewhat unusual organization: reverse chronology. That is, more recently acquired items precede older ones.

The first object pictured is a slender bronze sculpture, titled "Sentinel IV," by American artist Simone Leigh. Though minimal in design, its elegant contours convey the "Black female-identifying subjectivity and African and African-diasporic traditions" that the artist explores, according to the description. At 20 inches tall, it's a mini version of Leigh's 10-foot sculpture of the same name. (Last weekend, Leigh was one of two winners of the Golden Lion at the 2022 Venice Biennale, the first Black women to receive the event's highest award.)

This work and others represent the museum's latest focus in acquisitions: global contemporary art. In his introduction to the Handbook, Saunders concedes it's "a vast category that is open to interpretation." To be sure, it is also a rich vein to tap; the category's considerations are designed to achieve broad geographic range, gender equity and socioeconomic diversity among artists represented.

The museum's mechanisms of acquisition, though invisible to viewers, are complex. In addition to the facility's own purchases, the Friends of the Art Museum group selects new works each year, and the Committee on Art in Public Places oversees the purchase of outdoor sculptures. Alumni who are active in the art world populate the Middlebury Museum and Visual Arts Council, which both advises and helps with funding. (The latter group underwrote the Handbook, Saunders notes in his introduction.) In total, the museum benefits from 11 funding entities, never mind individual donors.

As with all of its acquisitions, the director adds, the first consideration is "Who will use this object in their teaching?" For the public visitors to the museum — some 15,000 annually pre-pandemic — the museum is nothing short of a continuing education classroom.

"Contemporary to Classical: Highlights From the New Collection Handbook" is on view through August 7 at the Middlebury College Museum of Art. museum.middlebury.edu