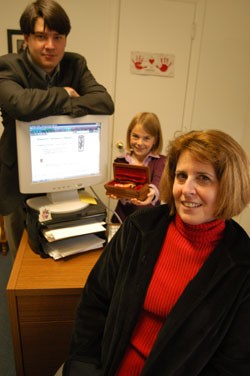 A Michigan funeral director and nationally acclaimed author has sued two of the nation’s oldest and largest consumer advocacy groups on funeral ethics, both based in Vermont, accusing them of libel and defamation.

The Funeral Consumers Alliance of South Burlington and the Funeral Ethics Organization of Hinesburg are among four defendants named in a federal lawsuit, filed last month in U.S. District Court in Michigan by Thomas Lynch. Lynch, whose family business Lynch and Sons owns and operates six funeral homes throughout southeastern Michigan, is seeking more than $75,000 in damages, as well as relief from “consistent and continuous harassment.”

Both Vermont organizations deny any wrongdoing and insist their criticisms are legitimate and valid.

Neither party would say much about the case on the record. But the lawsuit shines a light on an industry that critics say is fraught with unsavory and illegal business practices by funeral directors who prey upon consumers at their most vulnerable moments.

Lynch has a different view. He alleges, among other things, that the Funeral Ethics Organization (FEO) and its executive director Lisa Carlson made libelous and defamatory statements about him in a book and monthly newsletter. According to Lynch, Carlson branded him “a liar,” accused him of “misleading the public” about legal options available for disposing of the dead, and charged him with “breaking the law” in his business dealings with at least three Michigan families.

Lynch’s case may hinge upon whether the court rules that the remarks constitute fair criticism of a public figure. Lynch isn’t just a mortician but also a commentator on the funeral industry. An author, poet and college professor, Lynch has written six books, including a collection of essays entitled The Undertaking: Life Studies From the Dismal Trade, which appeared on The New York Times bestseller list and won an American Book Award. The book was also the subject of a PBS/Frontline film of the same name, which won an Emmy in 2007.

But the defendants are public figures, too, in the funeral industry. Carlson, who founded the FEO, literally wrote the book on do-it-yourself funerals. Caring for the Dead: Your Final Act of Love is a 640-page compendium of state laws that govern the handling of the dead without the services of an undertaker.

A consummate public speaker and storyteller, Carlson also penned I Died Laughing: Funeral Education With a Light Touch, a collection of jokes and cartoons that takes an irreverent look at our passage into the sweet hereafter. Over the years, she has been a frequent critic of Lynch, most recently in the Spring/Summer 2008 issue of the FEO newsletter, in which she accused the Lynches of lobbying against a change in the funerary laws and being “vocal against families caring for their own dead.” Michigan is one of seven states that require a mortician’s involvement in the disposal of a dead body.

Carlson later retracted her remarks, in print and online. But Lynch rejected her apology as inadequate, and accused her of simply restating and rewording the “malicious mischaracterization” of him and his business.

Lynch declined to comment for this article. However, in an August 2008 letter to FEO, he explains his position: “All I’ve ever said to her is that I do not oppose the law as it stands now and am disinclined to lobby for a change. Ms. Carlson takes umbrage with that opinion and therefore fashions me, in her newsletter, a vocal opponent of families caring for their own dead . . . She is welcome to umbrage, but not libel.”

Carlson would only say that she stands “wholeheartedly” behind her criticism of Lynch and is “looking forward” to her day in court.

Lynch alleges that the Funeral Consumers Alliance and its Idaho chapter posted a PowerPoint presentation on its website entitled, “Deconstructing Thomas Lynch: Why good guys sometimes go wrong.” The complaint claims that the presentation libels and defames Lynch and his family and mischaracterizes their business practices.

Slocum said he didn’t write the presentation but stands by its assertions and will defend them vigorously in court.

“It’s bad enough that Tom Lynch does not understand that he is not above being subject to fair critique for what he writes in public by people who disagree with him,” Slocum said. “But it is infinitely worse that he would turn his legal guns on nonprofit organizations that exist largely on donations from the public and do work in a charitable sense for the public. I find that appalling, and he should be ashamed of himself.”

Lynch has himself been an outspoken critic of the abuses plaguing his own industry. In December 2005, he gave a presentation to the Vermont Funeral Directors Association in which he chided morticians about the need to elevate the reputation of their trade if they hope to remain in business in an age when many Americans are choosing cremation over burial.

The case is expected to go to trial sometime in early 2009.