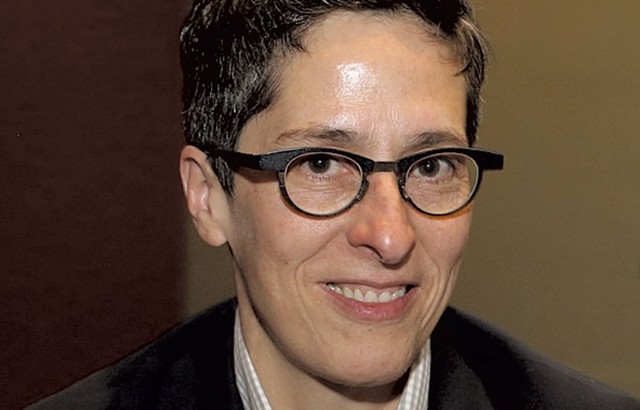 Vermont's cartoonist laureate has earned a new honor: her very own entry in the Merriam-Webster dictionary.

"Bechdel Test," named for Bolton cartoonist and graphic novelist Alison Bechdel, is one of 530 new words and phrases the dictionary added this month.

The definition reads: "A set of criteria used as a test to evaluate a work of fiction (such as a film) on the basis of its inclusion and representation of female characters."

Bechdel introduced the world to the test in a 1985 "Dykes to Watch Out For" comic strip, in which two women try in vain to find a movie that passes a test with three criteria: "One, it has to have at least two women in it," the strip reads, "who, two, talk to each other about, three, something besides a man."

"I'm very, very excited to have anything to do with a dictionary," Bechdel said.

Related Alison Bechdel to Be Next Vermont Cartoonist Laureate

The cartoonist said the honor follows Stigler's law of eponymy, which states that no scientific discovery is named after its actual discoverer. Friend Liz Wallace thought up the Bechdel Test, according to Bechdel, who also credited Wallace with creating "The Rule" in the nearly 35-year-old comic strip.

Merriam-Webster lists 2007 as the year of the first known use of Bechdel Test in pop culture.

While "Dykes" ran as a syndicated strip for many years, including in Seven Days, Bechdel gained international fame when she published her graphic memoir Fun Home: A Family Tragicomic. It was later adapted into a hit Broadway musical, winning several Tony Awards, including Best Musical, in 2015.

So, where does the dictionary entry land on her list of high honors?

"This is the thing I'm most known for!" Bechdel said with a laugh. "If I go speak at a college or something, kids don't know my comic strip — they weren't even born yet. But they've heard of this thing, and they're sort of surprised that it's some actual person connected to it."