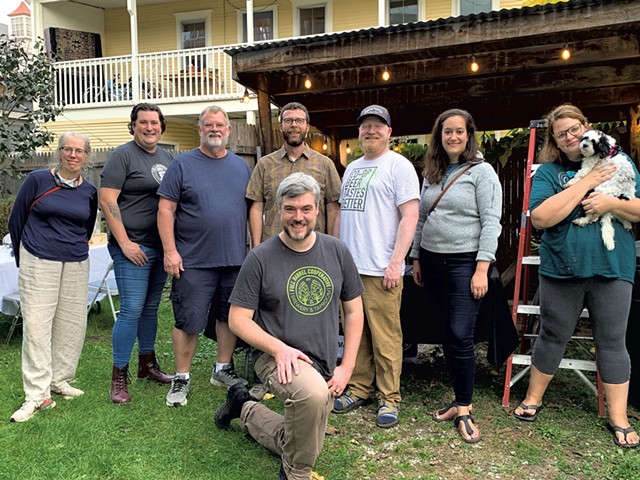 The brewery has federal and city permits to brew and sell beer, but it had to give away beer brewed off-premises at the event due to a backlog at the Vermont Division of Liquor Control that has delayed its state license, Cropp said.

With that license in hand, a five-member operations team led by brewmaster and board member Windy Jones will produce a rotation of Full Barrel beers in the 200-square-foot basement room. The nanobrewery will be open to the public for tastings and growler fills on Friday and Saturday nights.

Full Barrel was inspired by cooperative breweries in Austin, Texas; Minneapolis; and Seattle, said Cropp, 34. The goal was to create a gathering place owned by community members and built on something they cared about.

"My generation is into craft beer," he said. "It's kind of like our Elks or Eagles clubs."

Since its 2015 founding, the co-op has grown to 144 members, each of whom has bought at least one $100 share. Full Barrel raised money for the new brewery's equipment and overhead — about $21,000 — largely through shares, Cropp said. The co-op model will eventually return any brewery profits to members.

The original print version of this article was headlined "Cooperative Kegs"