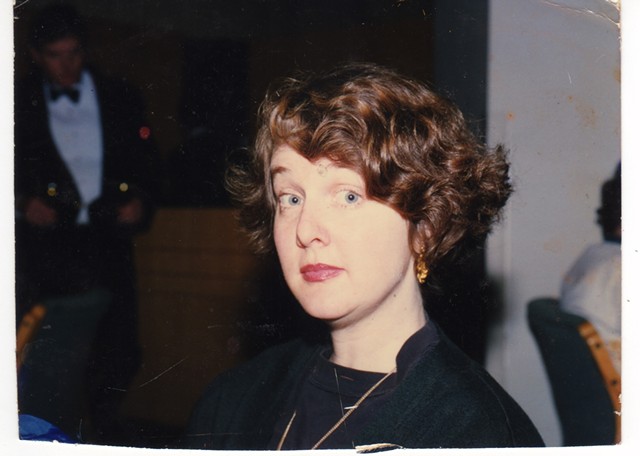 Thursday, Oct. 8 – Melanie Menagh, writer, teacher, and resident of Maple Corner in Calais, died in the morning of complications from heart arrhythmia. She turned 56 on May 27th.

Melanie, who has lived in Maple Corner since 1996, was born in The Bronx, New York City, and was adopted by Charles and Betty-Jane Menagh, who raised her in Basking Ridge, New Jersey.

In love with Vermont from her early years summering at Brownledge Camp in Colchester, Melanie attended Middlebury College, where she graduated in 1981.

Melanie spent her young professional days in New York City, working first for Vogue Magazine and then for Vanity Fair. She also worked in publishing as an editor, a travel writer, and is the author of several books. She studied for her Masters in English Literature at Middlebury’s Breadloaf School of English which took her to its Lincoln College campus at Oxford University, where she graduated. She met her husband, Stephen Mills, in London in 1987, and they were married in 1989 at Cate Farm in Plainfield, VT. Her first child, a son, McLean, was born in Oxford in 1991, and daughter Clare was born there in 1994.

The family lived in Brooklyn, New York, until 1996 when Melanie decided to raise her children in her beloved Vermont. They moved to Maple Corner, and have resided in the Old School House since 1998.

Melanie went back to school and received her Masters in Education from the University of Vermont in 2006. She has worked as a high school English teacher ever since, most recently at Black River High School in Ludlow.

Melanie was a lover of all things literary, artistic, vibrant, and joyous. She traveled the world and shared her immense love and thirst for knowledge wherever she went. She is survived by her husband Stephen, children Mac and Clare, sister, Melissa Menagh, and many great and loving friends the world over.

Funeral services will take place at the Old West Church in Calais, Saturday, Oct. 17, at 2 p.m. Patrons are encouraged to dress warmly, in bright colors for a joyous celebration of life.

A reception will follow at the Maple Corner Community Center.