Meeting of the Minds: Teens Invited to Neuroscience Competition

Neuroscience is not a class that most high schoolers have on their schedules, but every year teens from around the world participate in a neuroscience competition called Brain Bee.

The 2023 Vermont contest — a free, all-day event that also includes educational components — is scheduled for February 11 at the University of Vermont Larner College of Medicine. It’s open to students ages 13 through 19. The registration deadline is January 18.

“I feel like neuroscience is a topic that everybody should know about,” said Lisa Bernardin, who founded Vermont Brain Bee in 2010. “You don’t need to be a brainy individual to participate in the brain bee. It’s so exciting to be in an institute of higher education where you’re surrounded by like-minded peers, grad students and professors. It’s one of my favorite days of the year.”

The competition has three parts: a written test with multiple-choice questions; a practical exam, in which participants identify parts of a real human brain; and the final round, in which the top scorers in the earlier sections listen to oral questions, write down their answers and reveal them simultaneously.

The day’s winner will advance to the USA Brain Bee Championship in April at the University of California, Irvine, and be awarded $1,000 toward travel expenses.

Theresa Christiansen won Vermont’s 2020 competition as a junior at Mount Mansfield Union High School and is now a sophomore at the University of Chicago, where she’s pursuing a double major in neuroscience and psychology. She also worked as an intern for Vermont Brain Bee following her win.

“I think it’s really vital for high school students to learn about the brain,” Christiansen said. “It can help you with your sleep, learning (and) school. It can help you better understand yourself.”

Materials to help students prepare for the bee are available on Vermont Brain Bee’s website. They include videos, a study guide, a link to an interactive brain model, and the textbook Brain Facts: A Primer on the Brain and Nervous System, which can be downloaded.

Students are encouraged to attend an in-person prep session called Brain Bee Boot Camp on Saturday, January 21, from 9 a.m. to noon, at the Larner College of Medicine. 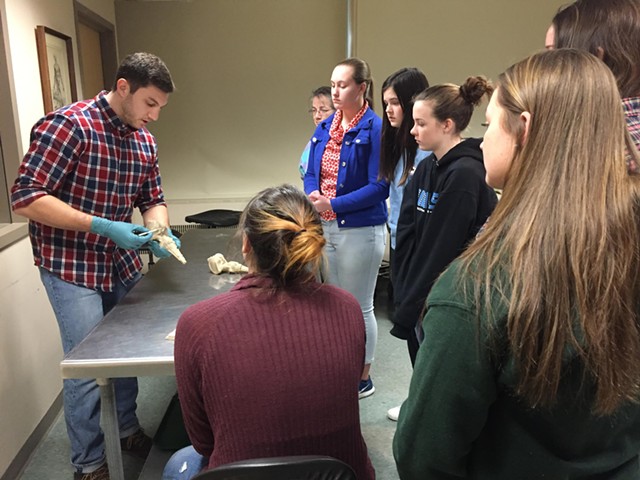 Learning continues at the bee itself. Undergraduate and graduate neuroscience students will explain how they got into the field and take questions from teens. Neuropsychologist Sharon Leach and child psychiatrist Feyza Basoglu will challenge Brain Bee participants to diagnose psychiatric or neurological disorders. And Michael Dash, an associate professor of psychology at Middlebury College, will give the day’s keynote speech, “The Dynamic Brain: How Spontaneous Brain Activity Shapes What You Do and Who You Are!” Dash plans to explain how experiences, mental and emotional states, sleep patterns, exercise, and other factors alter thought and behavior.

"I think it’s really vital for high school students to learn about the brain.”–Theresa Christiansen tweet this

The International Brain Bee’s goals are to motivate students to learn about the brain and to inspire them to pursue careers in neuroscience so they can help treat and find cures for brain disorders. It was founded in 1998 by Norbert Myslinski, at the University of Maryland, as a neuroscience competition for high school students.

The model proved successful for Kameron Clayton, who participated in the first two Vermont Brain Bees in 2010 and 2011 when he was a student at Champlain Valley Union High School in Hinesburg. He’s now a PhD candidate in auditory neuroscience at Harvard University.

“That first Brain Bee was mind-opening to me, from exposure to fundamental concepts, such as how neurons communicate with each other, to learning brain anatomy from real (cadaveric) human brains,” Clayton wrote in a testimonial. 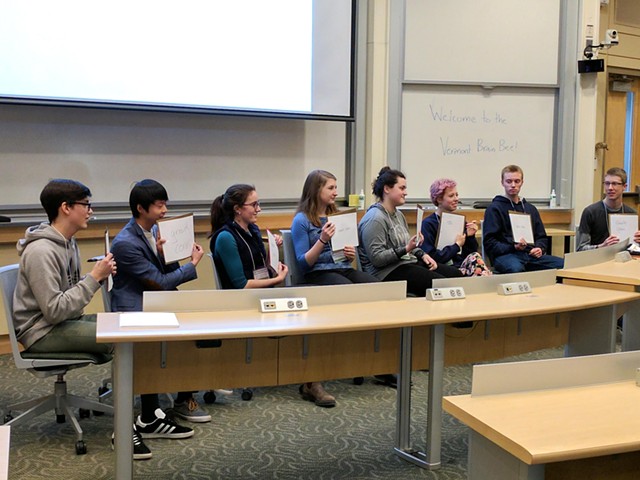 Aidan May, a first-year student at the University of Vermont studying biochemistry, participated in the Vermont Brain Bee during each of his four years at Mt. Abraham Union High School in Bristol, and he won the competition in 2017. In a written testimonial, May said the experience offered a rural Vermonter a rare opportunity to explore his interest in neuroscience. “I am so grateful for how the brain bee has shaped my life, and how it continues to shape my future,” he wrote.

Bernardin, who lives in Middlebury, said her interest in neuroscience began after she suffered a traumatic brain injury in a car accident in 1985. Materials she read about brain injuries as she recovered indicated she had only two years to regain brain function before it would be lost forever. More recent research about brain plasticity has proven that there is no deadline, she said. In the midst of her reading, she learned about the U.S.A. Brain Bee Championship, and she realized that Vermont didn’t have a brain bee chapter.

Eleven students participated in the first Vermont Brain Bee in 2010. A decade later, the number had quadrupled. 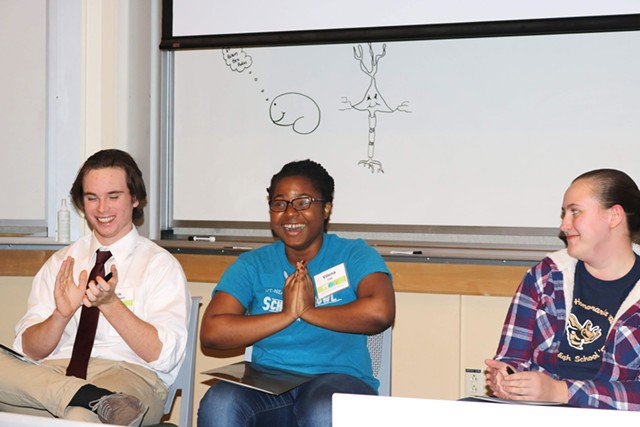 Christiansen, the 2020 winner, is interested in neurodegenerative disorders and diseases in which a brain degenerates over time. She’d like to work in a research lab or in academia.

“I would encourage everyone to participate because, ultimately, it’s much more about the learning than the competition.”