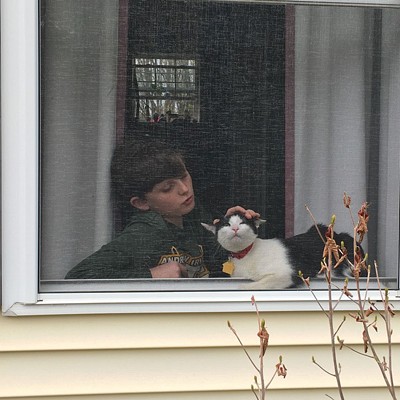 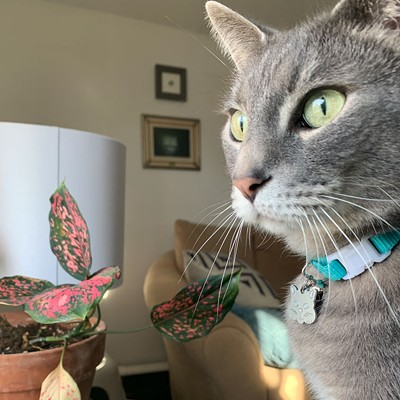 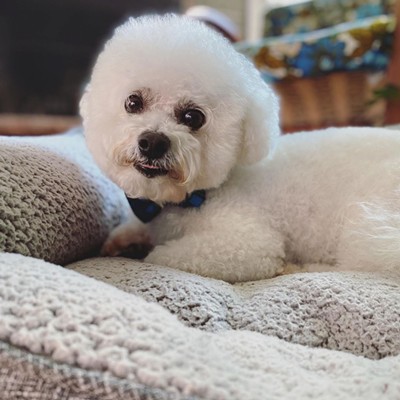 When the coronavirus pandemic hit in March, hundreds of thousands of people around Vermont had the exact same thought: Oh, sh*t. An only slightly smaller number of them had an immediate follow-up impulse: We gotta get a pet.

And so they did.

While it's impossible to know exactly how many animals have been adopted in Vermont since "social distancing" and "flatten the curve" entered the popular lexicon, anecdotally we know that pet adoptions have skyrocketed. Seven Days reported in April about a run on animals at shelters all over the state. And, as Ken Picard reports here, the surge has continued even as pandemic-era restrictions and considerations have made it more difficult to import animals into the state.

It's easy to understand why so many have chosen the defining catastrophe of our lifetime as a great moment to become pet parents. For one thing, isolation is lonely, and pets are wonderful companions. Also, quarantine provides an opportunity to devote all the necessary love, attention and training to a new furry friend that normally might not be available.

"Puppy training certainly made working from home more interesting, and it's given us a non-pandemic topic to worry about and to talk about with family," said Burlington's Amelia Schlossberg. They're the human parent of Sabine, a 9-month-old shelter dog from the South. Plus, Schlossberg added, dogs are great for protection. "Her six-foot dog leash helps us remember to keep far away from strangers when we go on walks!"

Recently, Seven Days put out a call to readers soliciting pictures and stories of pets adopted since the coronavirus arrived — pandemic pets. We received an overwhelming number of submissions, some of which you'll find here.

"It was love at first sight — actually, at her tiny 'meow.' Alice has extra toes on all her paws! She wants to be with us at all times: We have a FOMO kitty. I wouldn't have it any other way." — Rebecca Silbernagel 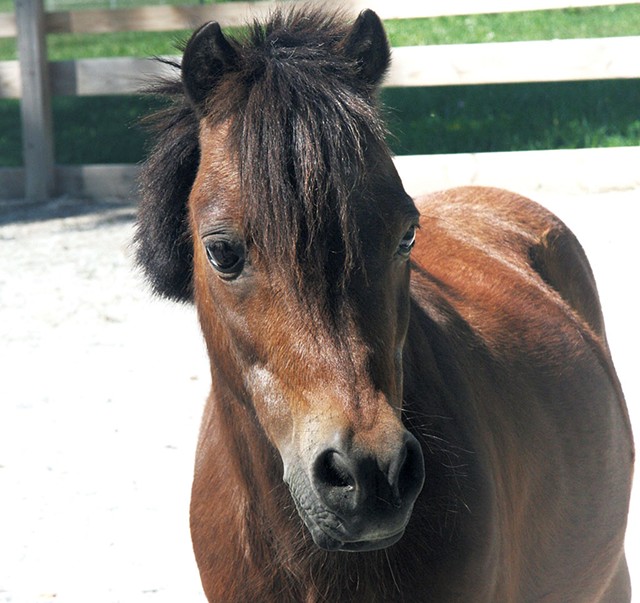 "Sparrow is his own guy. He's very independent, a little grumpy, likes to sleep a lot, but he also has a soft side and loves his companion very much. They are pretty much joined at the hip." — Katherine Lucas

"He's smart, but he looks like an idiot. He rings a bell by the door when he wants to go outside. He does a bunch of tricks. We just taught him to jump through our arms like a hoop." — Holly Dolan and Alan McManus

"He is an excellent harmonium player, an Olympic high jumper, a trained insect assassin and a connoisseur of houseplants." — Sadie Brent and Noah Burton

"Sabine is very affectionate and loves belly rubs. She only fetches squeaky balls. Her favorite food is peanut butter, and her favorite activity is swimming. She excels at finding and rolling in poison ivy." — Amelia Schlossberg

"Nala is an escape artist who can get out of any gated area. She can also jump super high. We think she may be half monkey or kangaroo!" — Melissa Gara 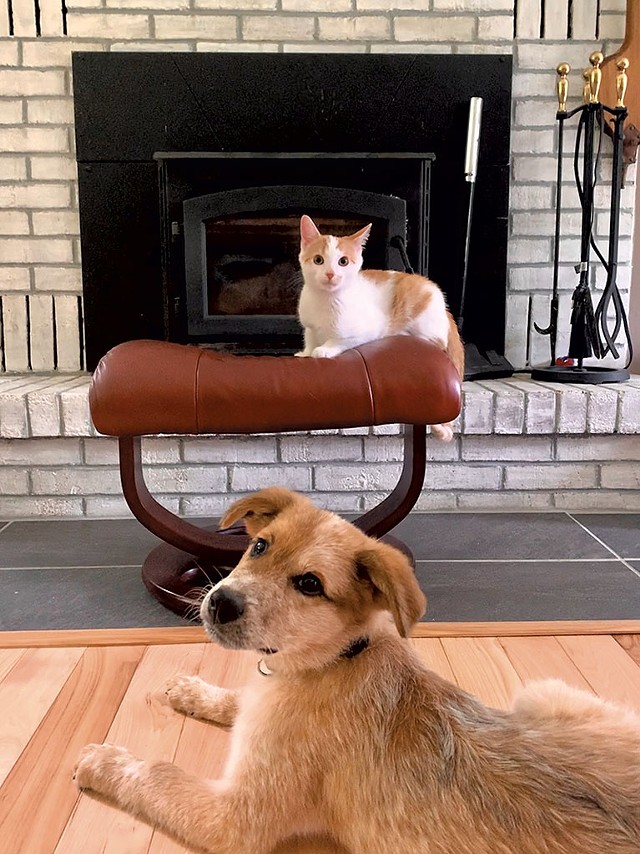 "They are the cutest kitten and puppy we have ever seen. Owen and John both answer to their name. John the cat is better at fetch. Owen is a lazy puppy." — Meagan Beley and Eric Denardo

“She is fun and energetic. Being a kitten she has a lot of energy. But what I love most are the morning kisses I get from her all over my face. She is a true lovebug.” – Shannon Leclair

"She was known at the rescue for being mean and bitey, but she seems to like me! She loves chasing toys, is obsessed with treats and has been quickly learning how to communicate that it's time to curl up in my arms to sleep: She makes tiny squeaking meows with her eyes half closed." — Emily Pogozelski

"She's a big girl — 17 pounds! And she talks a lot. She also loves to hang out in my home office. When she's not hanging out with us, she's working on the computer. She's a bit of a workaholic." — Martha Hull 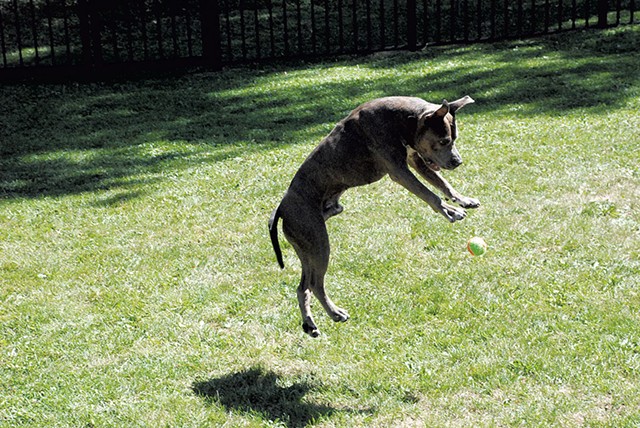 "Besides being able to levitate, he is ready for every adventure that comes his way. He has the cutest snore and is an excellent drooler!" — Gwen Schuppe

"Bunny has only one ear. We don't know the cause, but she doesn't seem bothered by it at all. She likes to sneak up on our elderly, sight-impaired kitty to snuggle." — Julia Ginorio

"Tully gives us the best morning greeting! It's our favorite time of the day. He is great at making toys out of things that aren't toys." — Lacey and Julian Girard, ages 9 and 6 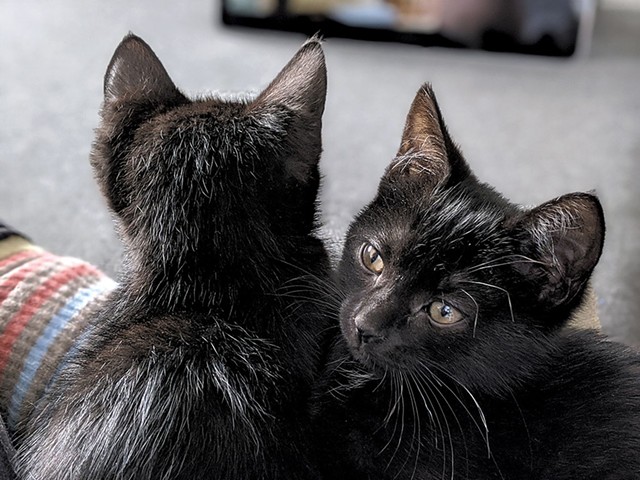 "They are sisters and best friends. Our 9-month-old loves them, and they are unbelievably sweet and gentle with him." — Emily Byrne 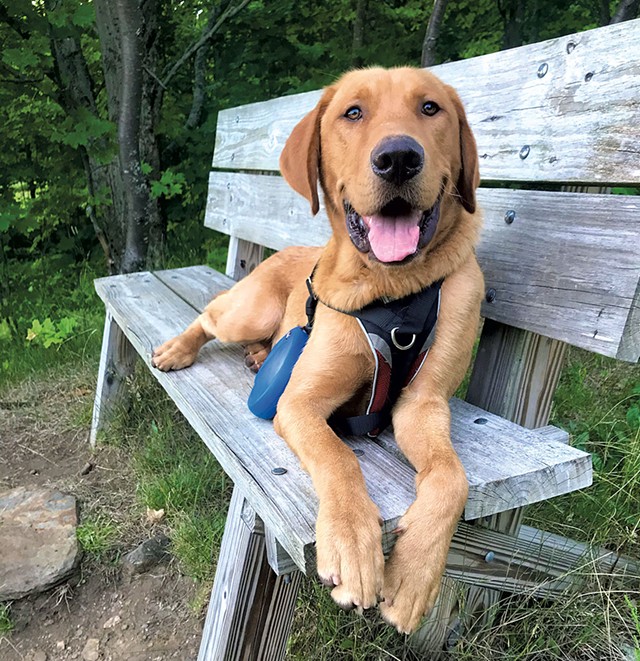 "He's a big, lovable goofball and has enjoyed all sorts of adventures in his new life. He picks his own blueberries right off the bush." — Scott Woodward

"Both kittens are Siberian cats — Snezinka is a colorpoint, but Lunnyy luch is a very rare Bimetallic point (silver and gold). The kittens have an extreme amount of patience with our family and love to play fetch, keep us company when working on school work or remote working, and snuggle in bed." — Pauline Jennings

While many Vermonters have adopted pets during the pandemic, others, like South Burlington's Nian Wan, have had the opposite experience: surrendering their best friend.

In March, while studying as part of a clinical internship in Rochester, N.Y., through the State University of New York at Plattsburgh, Wan was hospitalized with what her doctors suspected was COVID-19. Four rounds of testing were inconclusive, she said, but it is "almost certain" she had the disease. Fifty-year-old Wan, who is disabled, deteriorated quickly and was eventually placed on a ventilator. Her doctors didn't expect her to live, and so her service dog, a 12-year-old Maltese named Fleury, was brought to a Rochester animal shelter.

"No one believed I would survive," Wan said.

She spent eight days in the hospital, three of them intubated. Miraculously, Wan recovered. Not long after, she was reunited with Fleury — thanks largely to the efforts of SUNY Plattsburgh faculty and, specifically, biology professor Nancy Elwess, who stayed in communication with Wan's family about the dog.

"It is just a reflection of the amazing kindness and teamwork to help save Fleury," Wan said.

Wan suffers from PTSD and anxiety and has spent about half of her life in mental institutions. But 12 years ago, on a therapist's recommendation, she adopted Fleury as a service animal. She's lived independently ever since.

Fleury "has been instrumental in ensuring my emotional stability is maintained," Wan said. "Fleury gave me a reason to hope, aspire. She provides me the courage to aspire to achieve my goals."

Wan explained that she tends to be reclusive, but that Fleury helps bring her out of her shell and get out and about.

"I dyed her hair to look like Megan Rapinoe when the [U.S.] women's soccer team won the World Cup [in 2019]," Wan recalled. "She loves sitting in my shopping basket when we go to the farmers market, and others smile and laugh. When she goes to the vet, she needs to do her 'thank you' tour and greet every single staff person."

Wan considers herself lucky not only to have survived but especially to have been reunited with Fleury — the Rochester shelter was a kill shelter, she noted. Other pets, and their humans, haven't been as fortunate.

"There are animals in shelters all over the country whose owners have died or couldn't take care of them," Wan said. "I call those pets the 'silent victims' of the pandemic."