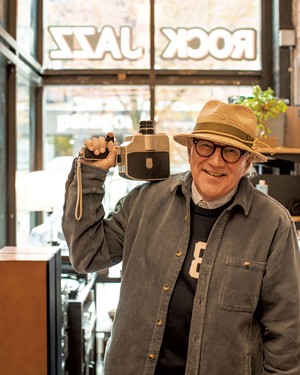 Allan Nicholls can still clearly recall when one of his friends and collaborators, the rock star Meat Loaf, asked him to direct "some music videos." Nicholls had scant experience behind the camera, but he did have plenty of credits as an actor, having appeared in the hit musical Hair and the 1977 sports comedy Slap Shot. A protégé of Robert Altman, he observed the auteur's techniques on the sets of Nashville, Popeye, A Wedding and more.

So he decided to give directing a try.

"Once Meat Loaf and I started conceptualizing the videos, I realized they could easily become a film," Nicholls said by phone. He paused to laugh before continuing. "Things got a little complicated after that."

The result was Dead Ringer, a 1982 film that became one of the great lost rock and roll movies, disappearing in a haze of lawsuits and controversy, rarely screened and never properly released.

The film finds Meat Loaf feeling the cost of his recent success and under pressure from all quarters as he readies to launch a new album and tour. Meanwhile, there's an identical twin to the rock star, a man named Marvin who loves to sing Meat Loaf's songs. From there, things only get stranger.

When Nicholls presents Dead Ringer on the closing night of the Vermont International Film Festival this Sunday, October 30, at the Main Street Landing Film House in Burlington, the occasion marks a rare chance to see a movie that has passed into legend.

Nicholls would go on to earn associate producer credits on a slew of '80s and '90s films, including the Oscar-winning Dead Man Walking. Seven Days spoke with the erstwhile Vermont resident about the long, strange history of Dead Ringer and bringing Meat Loaf's lost record back from the dead.

SEVEN DAYS: When you were making the film, Meat Loaf was coming off massive success with Bat Out of Hell. So how did such an anticipated project, featuring a global rock star, just fall through the cracks?

ALLAN NICHOLLS: Ha! Good question. Well, I can remember getting ready to screen the film for cast and crew. My agents were there, my mentor Bob Altman, friends and family, everybody. But there were a lot of rumblings going around at the time. Meat Loaf was being sued by [songwriter] James Steinman; CBS was suing Meat Loaf's management; Meat Loaf was suing his management — even the record company was involved.

So, about 15 minutes into the screening, in walk bailiffs from the court to shut down the screening. They said the movie was an asset in an ongoing litigation. I was totally devastated. Bob Altman said, "Hey, Allan, they're worse in the music industry than they are in the film industry!"

SD: They confiscated the film?

AN: Fortunately, no. They couldn't. My lawyer said it was a good news/bad news sort of thing. The bad news was, my screening got canceled. But I owned the print; it was in my contract. So I took the print and screened it in Montréal in 1982, but that was it. After that, I put it back in storage at the Anthology Film Archives for safekeeping.

SD: What made you come back to it so many years later? Did Steinman's and Meat Loaf's recent deaths change the situation around the film?

AN: Well, after Meat Loaf passed away [in January], I thought about the film again. I knew I couldn't make money or distribute it; there's just no way to untangle the mess. But I thought, Maybe I'll put it together and see what comes from it. I called my editor, Norm Smith. He put together a really great digital print. We screened it in Maine in July, and it was amazing — I'm still kind of reveling in it now.

It's got nothing to do with ego. My ego was satisfied a long time ago. It's about the reward of interaction with the audience. It's the same reward I got when I joined a band when I was 13, back in the late '50s, bashing the drums and hearing applause. Carrying that through my career helped me say yes to every challenge I came up against. 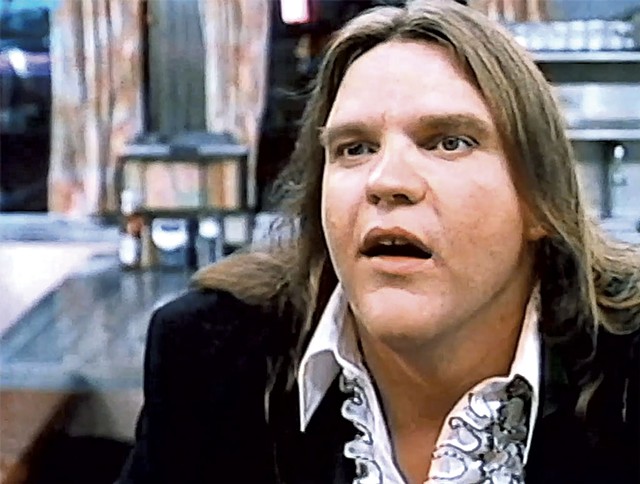 SD: What were your thoughts watching the film after so long?

AN: It's such a cool story. The film is a period piece of a kind, but it has this big, beating heart at its center. I wanted a story line that spoke to Meat Loaf's personality, and I think it worked. He was always this bigger-than-life performer, but he was also a pretty damn good actor. And he really shows his stuff in this film. He's good.

SD: He's pulling double duty, too, playing himself and the titular dead ringer, Marvin. Were you and Meat Loaf trying to make a statement about his mental state at the time with the doppelgänger? Was there something more to the character having Meat Loaf's birth name?

AN: Touring and success can be brutal on their own, and Meat Loaf was dealing with both. We created Marvin's character to be this doppelgänger. He wasn't really him, but maybe it was? I like to leave it up to the viewer.

Marvin was this overweight, possibly autistic guy who only became himself when he heard Meat Loaf songs and sang them. There's something in there, maybe a version of Meat Loaf when he was more innocent, but it's really up to you when you see it.

SD: Is the screening at VTIFF going to be it? Or is there a future for Dead Ringer?

AN: I hope so! I've been entering it into festivals, with the caveat that this thing can never be distributed. I've submitted it to SXSW [Film & TV Festival], which would be a perfect fit for a film like this that has such a long, crazy backstory. I'd love if this got some national attention. Everyone I talk to in Europe about it is dying to screen the film. Which makes sense, since the album Dead Ringer was huge over there; it was only in the U.S. and Canada where the label botched the release.

In the meantime, I'm just focused on the VTIFF screening. We've got a new poster for the film I just love, and we'll have some Meat Loaf baseball jerseys as collectibles. He loved baseball, so they're kind of an homage to him. I'm so interested to see what happens. I really, really hope people connect with it. Revisiting the film after over 40 years has been great for me, honestly. I've been doing this a long time, so the fact that I'm still capable of doing these things, I feel like, What the hell, why not, right?

Dead Ringer screens on Sunday, October 30, 7 p.m., at the Main Street Landing Film House in Burlington as part of the Vermont International Film Festival, followed by a Q&A with Nicholls and editor Norm Smith. $6-12. vtiff.org