In Montpelier, McGillicuddy's Out, Langdon Street Tavern In 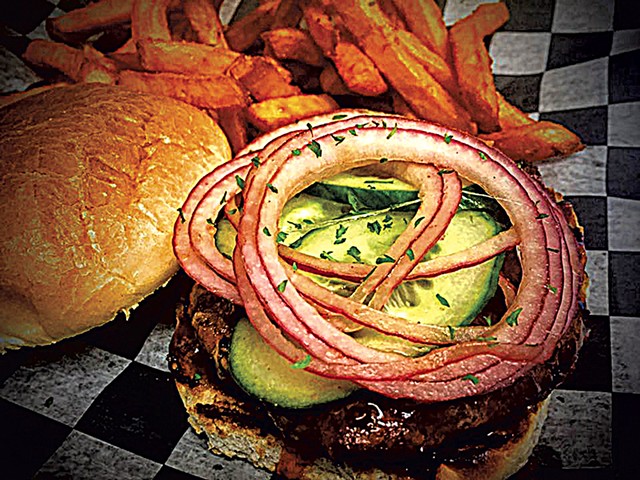 On Saturday, April 29, McGillicuddy's Irish Pub poured its final pint at 14 Langdon Street in Montpelier. This past Friday, May 5, David Thomas, Brad Lamell and Dave Magne reopened the place as Langdon Street Tavern.

Thomas and Lamell both worked at McGillicuddy's for years; Magne kept a regular stool at the bar. All three partners had a keen interest in keeping the place going — with its original crew intact — when pub owner Dave Nelson, who had run the pub since 1996, decided to sell earlier this spring. Nelson also owns McGillicuddy's outposts in Williston, Essex Junction and Colchester, along with Mulligan's Irish Pub in Barre.

On Monday, Thomas told Seven Days that he and his partners began discussing the sale with Nelson "about a month ago." After the new owners took possession of the space, they made renovations, including installing a new bar top and fresh tap lines. The pub now offers 14 mostly local drafts (up from nine), in an effort to showcase brews from Vermont's burgeoning craft beer industry.

While McGillicuddy's regulars will recognize the front-of-house and kitchen crews, Thomas said his team has shaken up the menu: "It's pretty brand-new." His cooks have kept several old favorites and nightly specials, he added — half-price burgers on Sunday, buy-one-get-one-free apps on Monday, 50-cent wings on Tuesday, trivia on Wednesday, $1 tacos on Thursday. But they've also made room for additions such as the Reuben panini, New England-style shepherd's pie, buttermilk fried chicken, and a dozen or so new sandwiches, burgers, apps and wing options.

The big idea? "We've just tried to upgrade everything," Thomas said, "but keep it the same familiar place it's always been."