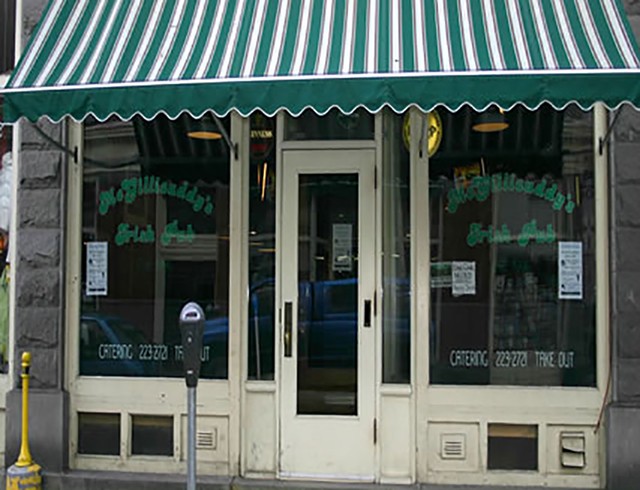 In 1996, David Nelson opened McGillicuddy's Irish Pub on Langdon Street in Montpelier. He followed that up with Mulligan's Irish Pub in Barre and two more 'Cuddy's locations, in Williston and Colchester. In mid-November, a fifth location — in a newly constructed building at 4 Pearl Street in Essex Junction — will join the family.

The bar will boast 36 taps, commingling Vermont brews and imports. Look for suds from Frost Beer Works in Hinesburg, Goodwater Brewery in Williston (in which Nelson has invested) and Fiddlehead Brewing in Shelburne, among others. Drinks will be served at a bar made of Barre granite. Next spring, the location will add outdoor seating.

The McGillicuddy's food menu, which Nelson refers to as "upscale but affordable," changes seasonally and is uniform across all three Chittenden County locations. Fall's menu features classic pub-food standards plus a few new items, such as a pulled-pork Cuban sandwich, fish tacos and blackened haddock.

What's the secret to the success of the many 'Cuddy's? "We have really good people who work for us. People who really care," says Nelson.

The original print version of this article was headlined "Pub Power"