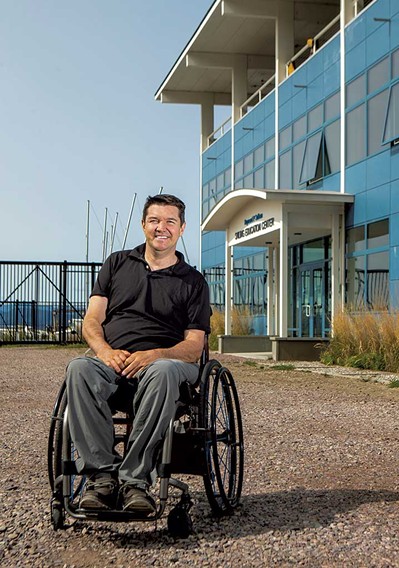 Owen Milne had never helmed a boat before becoming the fourth executive director of the Lake Champlain Community Sailing Center, in June 2017. The nonprofit’s new headquarters was under construction, but he was working in the old one, which lacked a bathroom that could accommodate his wheelchair. Worse, the 41-year-old quickly learned that the organization he had been hired to lead was facing an event that could leave them “staring down the barrel of a potential bankruptcy.”

Milne and his colleagues believed the financing was solid for the $5.75 million building — until they got the bad news that the sailing center did not qualify for tax credits slated to fund the final construction payment of $1.7 million. Milne either had to raise that sum or, per the builder’s contract, start paying 12 percent interest on it in two months, when the project was completed.

Despite its 23-year history, and generous backers such as the late Tony Pomerleau and Jim Crook, the sailing center wasn’t in a strong borrowing position. Two banks and a credit union turned Milne down before he approached Mascoma Bank.

The board convened for an on-site meeting, during which Milne explained the goals of the sailing center, including its commitment to accessibility. “The Bank helped us with a commercial mortgage on the building at a rate that would bring the sailing center’s annual debt service from a potential $200,000 to a manageable $34,000,” said Milne.

They didn’t see it as “the dollars and cents of a loan,” Milne said of the 121-year old mutual savings bank that was in the process of becoming a “Certified B” Corporation at the time. “It was about saving important, critical parts of a community.”

Then another problem arose. The appraisal on the beautiful new building came in at zero, because of the public trust doctrine on the Burlington’s waterfront. Milne had to scramble — again — to prove the center could have another potential use.

Mascoma was patient. “They said: If you can get this appraisal reversed or turned around, the deal is still good. We’re still interested in this project,” Milne said. “They really got it. They knew how to use banking as a tool for helping organizations keep going.”

Since then, the relocated Lake Champlain Community Sailing Center has enjoyed pretty smooth sailing. Although the pandemic put an end to some programs, many initiatives have continued without interruption. Two weeks ago, Milne organized a flotilla concert that raised $57,000 for the center’s waterfront docking system. Boats came from all around to hear the music of local bands on a warm summer night. Mascoma was one of the event’s dozen-plus sponsors.

Milne has been learning to sail since he took the executive director job; it was a condition of his hiring. He said getting out on the water, where you are focused on “the wind, the waves and the sail,” eased the stress of those first months. “It’s right there, in our back yard,” Milne said of Lake Champlain.

Now, so too is Mascoma Bank. 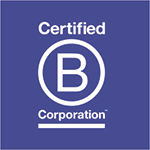