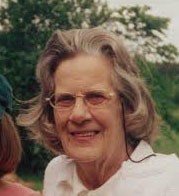 Mary C. Parmenter, 71, died peacefully on Sunday, May 18, 2014, at the Gifford Medical Center in Randolph, Vt., surrounded by her family.

She was born June 20, 1942, in Mountain Lakes, N.J., the daughter of Ralph M. and Marion L. (Wells) Crane. She attended Catholic School in California and in 1960 graduated from San Diego High School. Mary worked as a bookkeeper in California before moving to South Royalton, Vt., in 1979. For over 20 years she served as the secretary and bookkeeper and worked with many priests for Our Lady of the Valley Parish in Bethel, Vt. She was married to Walter Parmenter. They lived all their married life in South Royalton. Mary and Walter enjoyed traveling and especially liked Nova Scotia. They traveled many times by train and crossed the United States on various trips.

She is survived by a sister, Theta Torbert and her husband, Jim, of North Whitefield, Maine; a son, Michael Casarico, and his wife, Jodie, of Shelburne, Vt.; two daughters, Carolyn Desch and her husband, Dan, of Montpelier, Vt., and Marion Casarico and her caregiver, Rosemary Brown, of Bethel; three stepsons, Lawrence Parmenter of South Royalton and Alan McCoy and Jim Parmenter both of Wilder, Vt.; two stepdaughters, Phyllis Messner of Maryville, Tenn., and Judith Ford of Alpharetta, Ga., and many grandchildren. She was predeceased by her husband, Walter Parmenter, on February 27, 2013, and two sisters, Gail Collins and Elaine Stage. A Funeral Mass was held on Thursday, May 22, 2014 at the St. Anthony's Catholic Church in Bethel, with Rev. Francis Conners and Rev. Gerald LeClair serving as the co-celebrants. The service began with the congregation singing the hymn, "Amazing Grace" which was led by Mary's grandchildren, Colin Desch, Katy Desch and Michael Casarico playing their musical instruments; the guitarist and soloist was Mary Ann Church. The Liturgy and the Gospel Reading was given by a close friend, Rosemary Brown.  The Communion Rite Gifts were presented by her granddaughters, Madison Casarico and Chelsea Casarico. The service concluded with the congregation singing, "Abide With Me" and the closing prayer which was given by Rev. Conners. The pall bearers were Dan Desch, John Stillwagon, Jim Morse, Steve Farrington and Keith Grimes. Immediately following the service, everyone was invited to share in a time of fellowship and refreshments at the church hall which was hosted by her church friends. The burial was held at the Branch View Cemetery in South Royalton. Memorial contributions may be made to Our Lady of the Valley Parish, P.O. Box 63, Bethel, VT 05032. A private message of sympathy for the family can be shared at boardwayandcilley.com. Arrangements are under the direction of the Boardway & Cilley Funeral Home in Chelsea, Vt.