Side Dishes: Watch out, Price Chopper 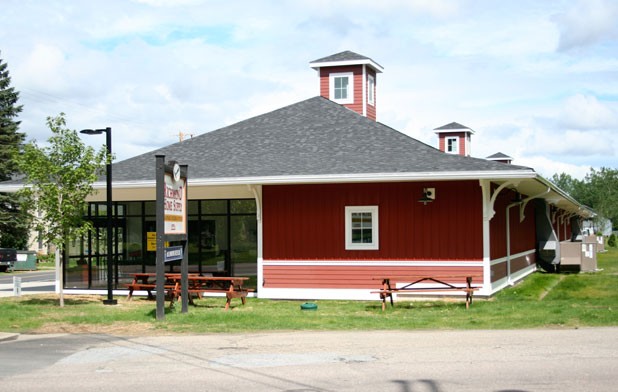 What do you get when you mix a traditional grocery with a funky country store offering local items? The new, locally owned, approximately 12,000-square-foot Richmond Market & Beverage, located on Railroad and Bridge streets right across from Sonoma Station.

On a sunny Thursday morning, only a few patrons are roaming the aisles. But each one has something to say about the new market. A middle-aged gentleman striding briskly down one of the extra-long aisles jokes to an employee that he’s getting plenty of exercise. A woman standing just inside the attached liquor store turns to a stranger and remarks: “Isn’t this nice? I like it.”

In a town of people accustomed to driving 20 minutes to the nearest supermarket, that seems to be the prevailing sentiment.

It’s hard enough to run a nonprofit. But doing that while managing a store is pretty hectic. That’s what Ariel Zevon has been doing for the past four years since she opened the Farm Fresh Café & Market in Barre. Now she’s “looking for a potential buyer,” she says, who can cut her work in half.

Zevon’s nonprofit, Local Agricultural Community Exchange (LACE), works to raise awareness of local foods and farms, and offers budding entrepreneurs space in a health-department-certified commercial kitchen. Her store sells items from about 30 area growers and another 40 local producers along with natural foods from other states, while the café offers fresh, healthy items that change with the seasons.

Now Zevon wants to sell the market and café so she can focus on serving the community. She hopes whoever snaps up the space will let LACE keep its headquarters in the back of the building.

What will she do with her extra time? Plenty, says Zevon. Besides spending time with her young family, she’ll put more energy into the commercial kitchen — which has seen its use triple in the past six months — and initiate more projects that involve classes and workshops at local schools.

Although her seed money has run out, Zevon says the café “does steady business” catering to locals and tourists. She thinks a new owner with “motivation and some resources to get started” will have “a great foundation” to build on.