'Marianne & Leonard: Words of Love' Has Nothing New to Say About Leonard Cohen 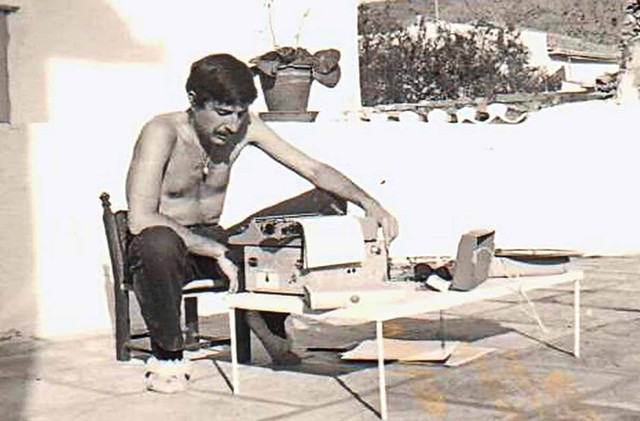 Nick Broomfield's documentaries are seldom confused with those of Michael Moore or Errol Morris. Rather than unpack social issues, he likes to throw together projects with a tabloid appeal (Kurt & Courtney, Whitney: Can I Be Me, Sarah Palin: You Betcha!) and then insinuate himself into them. In his latest, he hits a new low. There's something unseemly about inviting viewers to a chronicle of the relationship between Leonard Cohen and Marianne Ihlen, then announcing three minutes in that you slept with her, too.

Marianne & Leonard: Words of Love is a cry for help, a desperate ego trip from a striver perpetually relegated to the margins. Broomfield's jealousy oozes from every frame, down to the details of his own life that he supplies to make himself appear significant because they mirror Cohen's.

Leonard met Marianne in 1960 on the Greek island of Hydra? What do you know — Broomfield met her there, too! The Norwegian beauty encouraged Cohen to follow his dreams? What are the odds — she encouraged Broomfield to do the same! Later in life, their romance a memory, Cohen still visited Ihlen from time to time. Does Broomfield rhapsodize about how he did likewise? Three guesses!

So what do we learn, besides how Cohen-like Broomfield finds himself? That the Montréal-born writer-musician wound up in Greece because he wanted "to escape." What he wanted to escape we never find out.

We do learn, however, that Cohen was taken with both young Ihlen and her son, and they became as much of a family as it was possible to become in the psychedelic '60s on a sunny island where expats practiced free love like it was federal law. We also learn that, by 1967, the love affair that made its way into songs such as "Bird on the Wire" and "So Long, Marianne" had run its course.

Since the movie's timeline runs through Cohen's death in 2016, that leaves two thirds of Marianne & Leonard: Words of Love to fill with something besides Marianne and Leonard being in love. Not the best planning on the filmmaker's part. Instead of going back to the drawing board, Broomfield opted to use the remainder of the picture's running time for a CliffsNotes-y, "Behind the Music"-style retrospective of Cohen's career. One, unfortunately, that ignores as much as it includes.

Some obvious boxes are checked: Judy Collins helps Cohen transition from scribe to singer-songwriter. The song "Suzanne" makes him a star. He takes lots of drugs and has lots of sex. Depression hits; he becomes a Zen monk. When he emerges from the monastery, he learns that his manager has absconded with his money. He writes his biggest commercial hit, "Hallelujah," and ends up richer than ever.

That's kind of where the retrospective ends. The problem is, that was 1984. Things happened for another 32 years. Cohen perfected his gravelly singing voice. He composed the songs for which he's most famous — "First We Take Manhattan," "The Future" and "Tower of Song" among them. He published his best-received books, toured the world multiple times and made his greatest records. Minor details. Evidently Broomfield couldn't find anything in his subject's global superstardom that reflected positively on himself.

Neither an enlightening account of the eponymous affair nor a comprehensive portrait of the artist as a continually evolving man, Marianne & Leonard is a product in search of a purpose. What's the point, after all, of making a movie filled with facts everybody knows?

The original print version of this article was headlined "Marianne & Leonard: Words of Love"