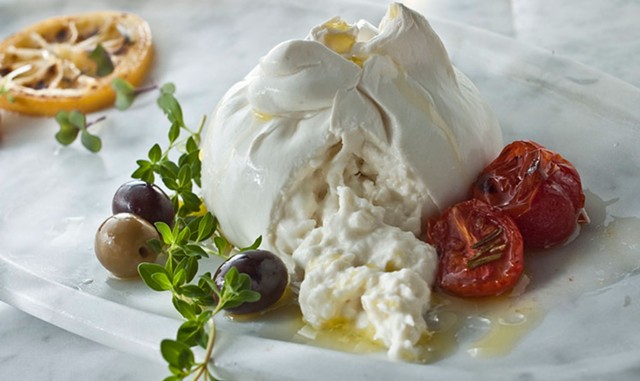 Maplebrook Farm of North Bennington has built a state-of-the-art production facility that allows the company to churn out more fresh mozzarella; gooey, cream-filled burrata; and smoked feta. Workers began producing cheese in the new 50,000-square-foot facility on Water Street in September; in late November, the company relocated its business offices there.

In the past, the biz, which uses only Vermont milk, purchased about 45,000 gallons during peak production, said sales and marketing manager Peter Fox. This year, he expects that to increase to 60,000 gallons. The old location, Fox said, was "so packed that it was hindering production."

Now Maplebrook will also be able to wrap cheese more efficiently, using newly purchased equipment, and send it to cheese shops and food stores farther afield. "We can hopefully grow all the way to California," Fox noted.

For now, Maplebrook is splitting operations between its older facility and the new one, but the plan is to combine them under one roof within three years. "This location allows us to meet demand. It allows us to hire more people," said Fox. "We're opening doors, and the business is growing."

If that means more Vermont-made ricotta and cheddar curds, we're all for it.

The original print version of this article was headlined "More Cheese, Please"