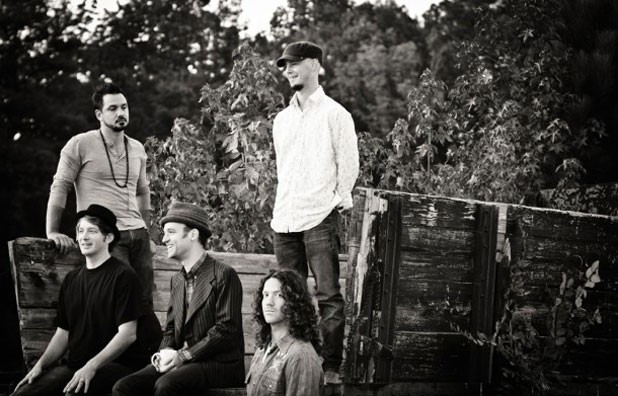 A music-and-arts event called Manifestivus, formerly Festivus for the Restivus, has enticed hordes of music lovers onto 93 acres of family farmland in Cabot, Vt., for each of the past 10 years.

“My mom has been kind enough to let me have a couple thousand people here once in a while,” says David Pransky, 36, the Toubab Krewe bassist and Cabot native who is principally responsible for organizing the shindig.

Pransky’s festival developed out of parties he and his sister, Jaime, would throw on their family’s land. Originally a one-night event that drew a few hundred people, Manifestivus has since swelled to a 2000-attendee, $80,000 monster.

The festival’s original name hails from “Seinfeld,” though it wasn’t until several years after launching the annual affair that an inquisitive interviewer hipped Pransky to the connection. A friend in Burlington had suggested the moniker, assuming Pransky would catch the reference to the now cult-status episode of the TV sitcom, in which George Costanza’s strange family tradition is revealed. Years later, after watching the episode — and finding it “freaking hilarious” — Pransky decided to “wean off the name.” Jaime coined the term Manifestivus.

“There’s a lot of manifestation that happens here,” Pransky explains. “People have dreams, and people want to make stuff happen. We try to do our best to manifest that.”

Pransky cites the Vermont Reggae Festival and Ben & Jerry’s One World One Heart festival as inspirations. He says he “almost felt a little obligated to the community” to sustain these traditions in a similar vein.

Music wasn’t always Pransky’s greatest interest, though. He taught himself to play the mandolin after retiring his former interest, basketball.

“I was a closet musician,” he says.

After meeting Dispatch drummer Brad Corrigan in Costa Rica, Pransky was invited to play with the revered indie band for three months, which instantly ushered him into a life that included performing for gigantic crowds and signing autographs.

After their tour, Corrigan helped Pransky record a demo with a new band, Sol Harvest, which brought him further notoriety.

“He was like, ‘All right, here’s all my fans. Good luck,’” Pransky remembers, though he admits that being a lead singer unnerved him. After a few years with Sol Harvest, Pransky was ready to trade his mandolin for a bass and join the North Carolina-based Toubab Krewe, whom he had met through Jaime. Though Toubab anchor Manifestivus with their Mali-influenced, multi-instrumental groove, acts such as Common, Brett Dennen and Midnite have all graced the festival stage. This year, more than a dozen acts — from as far as Africa and as near as Burlington — will perform.

In 2009, a writer for National Geographic observed “While Frank Costanza won’t be there to oversee the Airing of Grievances or the Feats of Strength, this homegrown Vermont festival still manages to punch above its weight by attracting top international talent.”

Pransky says he likes the mix of unknown locals and global acts he’s able to draw. “A lot of Africans in New York will come up to see performers that have never been to the States,” he says. “Mix that with the Northeast Kingdom people, the kids and the people that party to the wee hours.”

Local artist and BCA screen-printing teacher George Gonzalez sold his pottery and hand-screened T-shirts at last year’s festival. Due to the good sales and good times, Gonzalez says he plans to return for this year’s do. He cites the festival’s diminutive size as an asset.

“It’s a small festival compared to other festivals that I go to,” he says, adding that Vermont’s charm and friendly residents make for ideal circumstances.

Pransky similarly recognizes the state’s allure as a significant factor in Manifestivus’ success.

Pransky says Manifestivus has always been family oriented and as much for kids as it is for adults, though he admits to growing pains the year “some crazy folks” showed up with “a vibe that we might not necessarily want here.”

Over the last three years, Pransky and his fellow organizers have reestablished a family-friendly feel. This year’s Manifestivus will offer kids’ workshops, including instrument building and painting, and a fully supervised area where parents can leave their whippersnappers while enjoying more adult aspects of the festival. Pransky promises inflatable bouncy houses, too — though whether these are intended strictly for the youth is unclear.

Other improvements this year include more campsites in wooded areas, a new water system for one of the swimming holes, a late-night DJ set — usually an all-night party — in the middle of the woods, and renowned actor Luis Guzmán, who will handle MC duties for the fest.

“Luis is actually a friend of the family,” Pransky says of the Vermont-based actor, best known for his roles in Steven Soderbergh and Paul Thomas Anderson films and as a commentator on VH1. Guzmán’s children were attendees of Camp Laughing Turtle, the summer camp that Pranksy’s mother, Judy, runs on the festival grounds. In the past, Pransky took the MC duties himself, but he says he was always too busy to do the job justice.

“Luis is a great guy, a real down-to-earth cat,” he says.

As he prepares the festival grounds, Pransky says he’s never been more excited than he is for this year’s Manifestivus.

“It’s been a lot of work,” he concedes, “But when I’m here and I’m seeing everybody having a good time, I feel like I’m contributing to the history of Vermont and music festivals.”