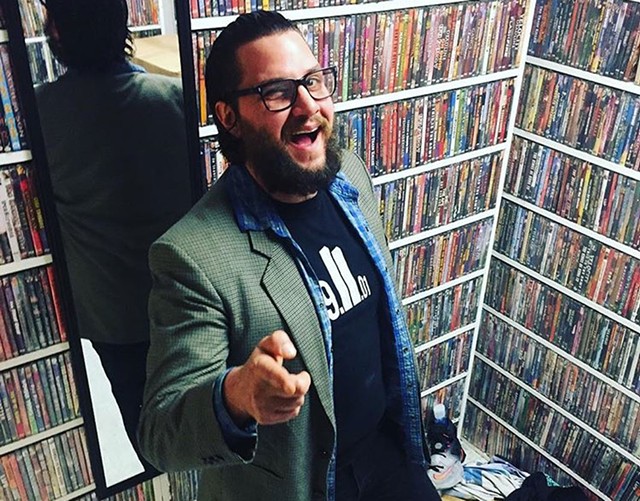 Here's one way to get attention in a crowded job market: Andrew Martin posted a plea for employment on Craigslist last week with the header, "Looking for a job but hate Vermont and Vermonters." The 34-year-old Florida native wrote that he'd moved to Essex Junction a year ago to be with his girlfriend.

"My resume is fire," he wrote. "Email me if you would like it. I will always be on time. I have much experience in many things. I just hate it here is all. Please forgive me."

Sounds employable! So what's the deal?

In an interview, Martin made clear that he wanted to stick around for the sake of his relationship. He'd worked at Vermont Wine Merchants in Burlington (a town he referred to in his post as "heck"), but employee and employer recently parted ways.

In the weeks since, Martin said, he's found other ways to make a buck. He went dumpster diving after the Toys "R" Us in Williston closed and sold dented display signs, shopping bags and packs of Geoffrey's Birthday Club balloons on eBay. (Geoffrey is the defunct chain's giraffe mascot.)

He touted his extensive work in the food industry and his long run as the manager of an adult video store in Orlando, Fla. While working there, Martin gained a cult following by posting YouTube videos of himself smacking his mouth and singing Phish songs.

Yes, Martin is a big-time Phish phan. He's spent years following the band on tour and blogged about his adventures on the road.

Wouldn't Burlington be a mecca for a guy who so loves Trey and the boys?

"That's what I thought, too," Martin said. "It's the opposite effect that happened. I know why they left now." (Fact check: Not all of them have left!)

Despite his dreary demeanor, Martin has a bite. He said he's got a job interview this week with a business located in heck.

The original print version of this article was headlined "Job Phishing"