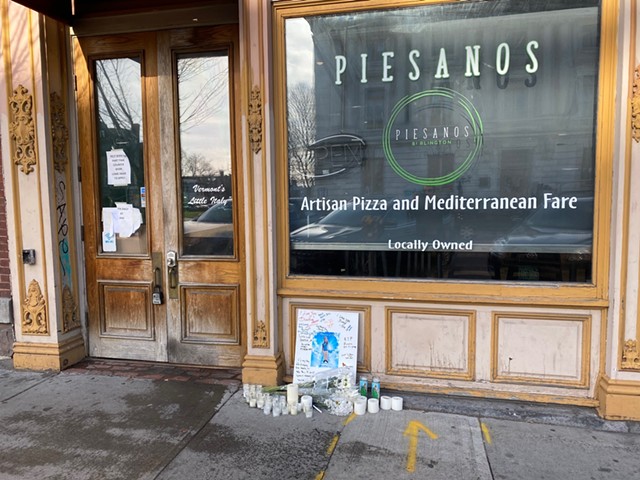 
A man died early on Sunday after being stabbed in downtown Burlington, police said.

Shortly after 3 a.m., police responded to calls for an assault at Piesanos pizza on Main Street, according to a press release from acting Police Chief Jon Murad.

The circumstances surrounding the stabbing were unclear as of Sunday afternoon. Video footage broadcast by WCAX-TV showed police and emergency responders rolling a stretcher inside the restaurant. No one had been arrested as of Monday afternoon.

"This investigation is in its earliest stages," Murad wrote. 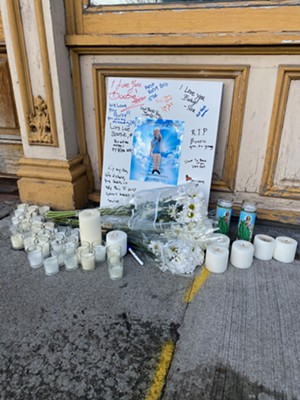 By Monday morning, a memorial of flowers, candles, and a picture of Sharrif surrounded by messages had appeared outside the restaurant.

It's the fifth homicide in Burlington this year. The other four victims were shot to death amid a rise in gun-related violence.