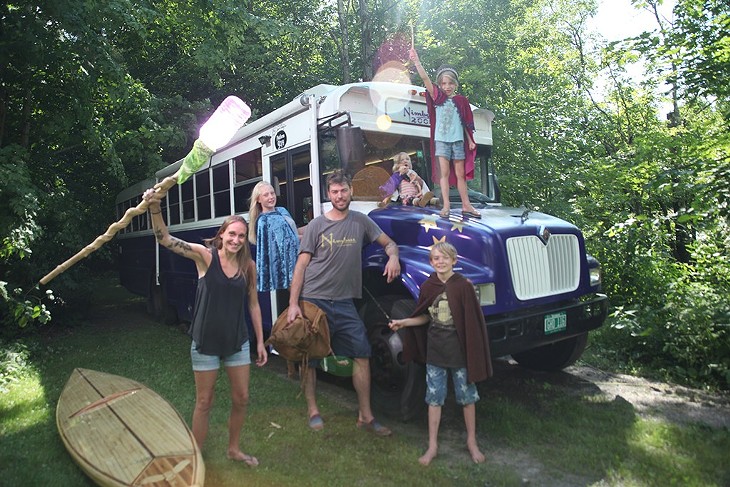 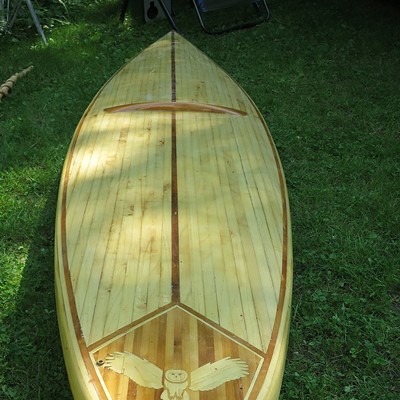 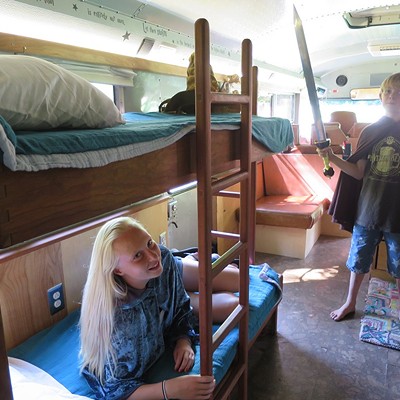 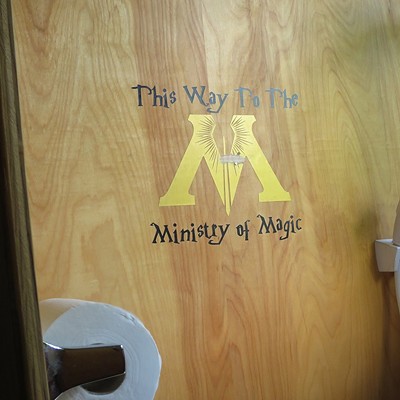 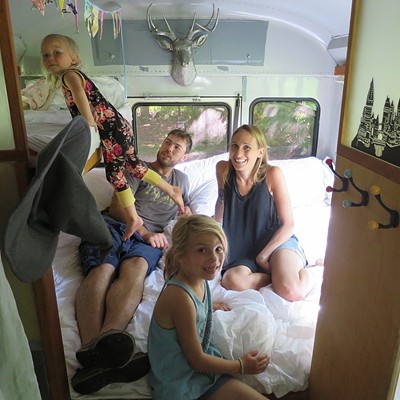 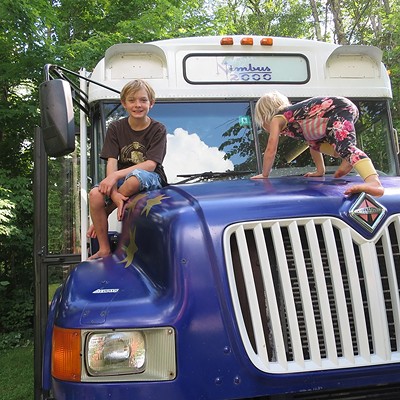 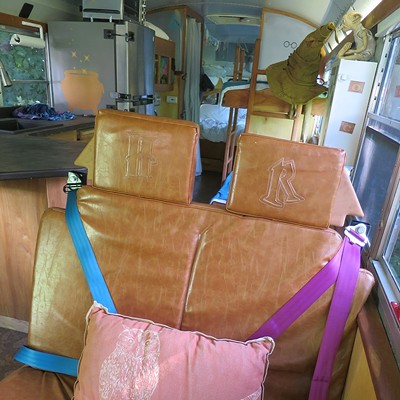 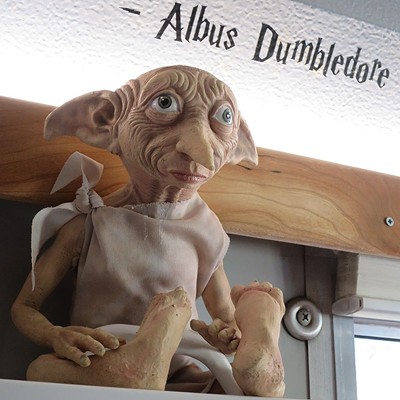 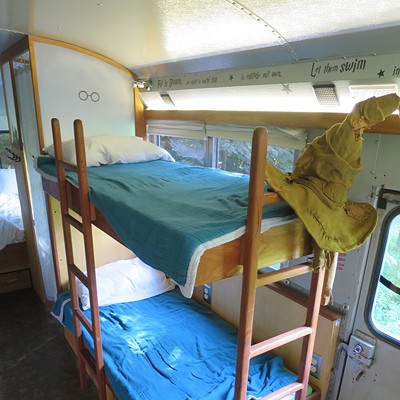 
When Kyle Clark decided to build an RV for his family of six, he approached the project using the same method his Burlington tech company, Venture.co, employs to help launch startups: He crowd-sourced the necessary goods and services.

In February 2015, Clark purchased a retired 2003 school bus in New York. He then posted requests on social media inviting friends and neighbors to help with the renovations, offering volunteers "bus bucks" they could use toward borrowing the vehicle.

Clark, 36, an engineer by training, then spent virtually all his free time for the next few months gutting and renovating the interior. With the help of family and friends, he installed bunk beds, generators, an electrical system, plumbing, a kitchen and water tanks to make the rig self-sustainable for up to a week.

Then came the really fun part: Clark painted the bus purple and tricked it out as a Harry Potter-themed RV dubbed the Nimbus 2000, after Potter's fictional flying broom.

Fans of J.K. Rowling's series will appreciate Clark's finishing touches. He painted an eight-foot dragon on the outside. A big patronus charm (a ghostly stag) hangs over the king-size bed. An image of a cauldron is painted on the fridge, and a sign pointing to the lavatory reads, "This way to the Ministry of Magic" — a reference to the fictional agency's method of toilet transport.

Each of Clark's kids — ages 2, 6, 10 and 13 — has a seat with their initial sewn into the leather upholstery in Harry Potter font. Last winter, Clark built all four of them their own paddleboards — complete with owl and dragon inlays — and storage rack.

"It's not uncommon to be driving down the highway, and there'll be three teenagers hanging out the window with their thumbs up, pointing and yelling to us," Clark notes. "And I'm thinking, Did I leave the back door open or something?"

His family once drove the bus all the way to the Wizarding World of Harry Potter, an Orlando, Fla. theme park.

Though his insurance prevents him from renting it out, Clark still allows people to borrow Nimbus 2000, provided they improve upon it. Two friends installed a cooking grill; others, new blinds. The next must-have item: A copy of J.K. Rowling's sequel Harry Potter and The Cursed Child, published as an e-book on July 31.