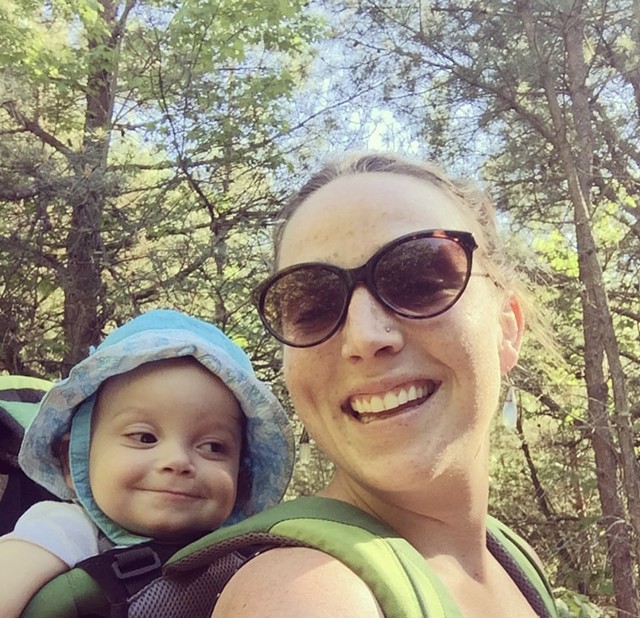 Our beloved Madelyn Ellen Linsenmeir died on Sunday, October 7. While her death was unexpected, Madelyn suffered from drug addiction, and for years we feared her addiction would claim her life. We are grateful that when she died, she was safe and she was with her family.

Maddie was born on March 31, 1988, in Burlington, Vt., where she grew up and lived on and off throughout her adult life; she also spent time in Sarasota, Fla.; Keene, N.H.; and Boulder, Colo.

Madelyn was a born performer and had a singing voice so beautiful it would stop people on the street. Whether she was onstage in a musical or around the kitchen table with her family, when she shared her voice, she shared her light. She was a member of FolKids of Vermont, a dance and musical troupe that toured the world. Maddie visited Russia and Thailand with the group and, as part of their exchange program, hosted kids from other countries at home in Vermont. She loved to ski and snowboard, and she swam on the YMCA swim team, winning medals at the New England regionals.

When she was 16, she moved with her parents from Vermont to Florida to attend a performing arts high school. Soon after she tried OxyContin for the first time at a high school party, and so began a relationship with opiates that would dominate the rest of her life.

It is impossible to capture a person in an obituary, and especially someone whose adult life was largely defined by drug addiction. To some, Maddie was just a junkie — when they saw her addiction, they stopped seeing her. And what a loss for them. Because Maddie was hilarious, and warm, and fearless, and resilient. She could and would talk to anyone, and when you were in her company you wanted to stay. In a system that seems to have hardened itself against addicts and is failing them every day, she befriended and delighted cops, social workers, public defenders and doctors, who advocated for and believed in her 'til the end. She was adored as a daughter, sister, niece, cousin, friend and mother, and being loved by Madelyn was a constantly astonishing gift.

Maddie loved her family and the world. But more than anyone else, she loved her son, Ayden, who was born in 2014. She transformed her life to mother him. Every afternoon in all kinds of weather, she would put him in a backpack and take him for a walk. She sang rather than spoke to him, filling his life with song. Like his mom, Ayden loves to swim; together they would spend hours in the lake or pool. And she so loved to snuggle him up, surrounding him with her love.

After having Ayden, Maddie tried harder and more relentlessly to stay sober than we have ever seen anyone try at anything. But she relapsed and ultimately lost custody of her son, a loss that was unbearable.

During the past two years especially, her disease brought her to places of incredible darkness, and this darkness compounded on itself, as each unspeakable thing that happened to her and each horrible thing she did in the name of her disease exponentially increased her pain and shame. For 12 days this summer, she was home, and for most of that time she was sober. For those 12 wonderful days, full of swimming and Disney movies and family dinners, we believed as we always did that she would overcome her disease and make the life for herself we knew she deserved. We believed this until the moment she took her last breath. But her addiction stalked her and stole her once again. Though we would have paid any ransom to have her back, any price in the world, this disease would not let her go until she was gone.

Maddie is survived by her son, Ayden; her parents, Maureen Linsenmeir and Mark Linsenmeir; her sister Kate O’Neill and Kate’s partner, Marshall Fong; her sister Maura O’Neill and Maura’s partner, Tim Painting; her aunts Beth Dow and Susan Dow and Beth’s partner, Charlie Allison; her beloved cousin Sloan Collins; and many other aunts, uncles and cousins, including the Conants, Cahills and Camisas. She is predeceased by her grandparents, Madelyn and Roland Keenan, Mary Ellen and Herman Dow, and Reginald Linsenmeir.

Please join us for a memorial service honoring Maddie’s life on Sunday, October 21, at 2 p.m., at the First Unitarian Universalist Society sanctuary at 152 Pearl Street in Burlington. In lieu of flowers, please consider donating to the Turning Point Center, a place where Maddie spent time and felt supported. Donations can be made via its website, turningpointcentervt.org.

If you yourself are struggling from addiction, know that every breath is a fresh start. Know that hundreds of thousands of families who have lost someone to this disease are praying and rooting for you. Know that we believe with all our hearts that you can and will make it. It is never too late.

If you are reading this with judgment, educate yourself about this disease, because that is what it is. It is not a choice or a weakness. And chances are very good that someone you know is struggling with it, and that person needs and deserves your empathy and support.

If you work in one of the many institutions through which addicts often pass — rehabs, hospitals, jails, courts — and treat them with the compassion and respect they deserve, thank you. If instead you see a junkie or thief or liar in front of you rather than a human being in need of help, consider a new profession.

We take comfort in knowing that Maddie is surrounded by light, free from the struggle that haunted her. We would have given anything for her to experience that freedom in this lifetime. Our grief over losing her is infinite. And now so is she.