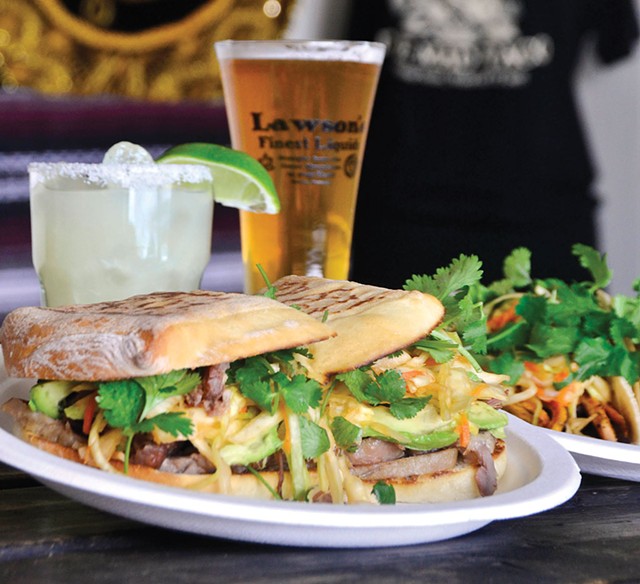 The Waitsfield location of the Mad Taco invites customers to hang out with a group of friends, drinking beer and scarfing down smoked-pork-belly tacos and guac. By contrast, the Montpelier location, which used to be a Subway, has always retained a bit of a quick-stop vibe — it doesn't encourage lingering.

In early January, owners Joey Nagy and Wes Hamilton — the latter also a partner in Three Penny Taproom — will give the place a facelift. They'll add communal tables, a bar with seating and more taps, a full liquor license and a bartender. Margaritas, anybody?

The changes are part of a larger shift in the duo's company. Their other business, Cast Iron Catering — which specializes in wood-fired cuisine — is experiencing massive growth. To keep up, Nagy and Hamilton are opening a commissary kitchen in Waitsfield, which will supply both Mad Tacos and the catering biz.

Greater self-sufficiency is also part of the plan. Many of the ingredients processed in the commissary will come from Nagy's 297-acre farm in Fayston, which he owns with Georgia and Sebastian von Trapp. There they raise goats, turkeys and chickens, gather eggs, and grow herbs, greens, tomatillos and other vegetables. Over the next few years, Nagy says, they'll ramp up farm production, growing more of the food they use. To that end, they already have a root cellar for storage and will construct 10 greenhouses starting in spring.

"It's full vertical integration," says Nagy as he prepares to butcher 12 goats that just returned from the slaughterhouse. One aim is to ensure a plentiful supply of ingredients that meet his and Hamilton's quality standards. "I use 500 bunches of cilantro a week right now. It's zero degrees at night. There aren't many people out there who will be able to bring that to me," Nagy says. "That's one reason I bought a farm."

And, at the revamped Montpelier Mad Taco, all that cilantro should pair pretty well with margaritas.

The original print version of this article was headlined "Mad Successful"