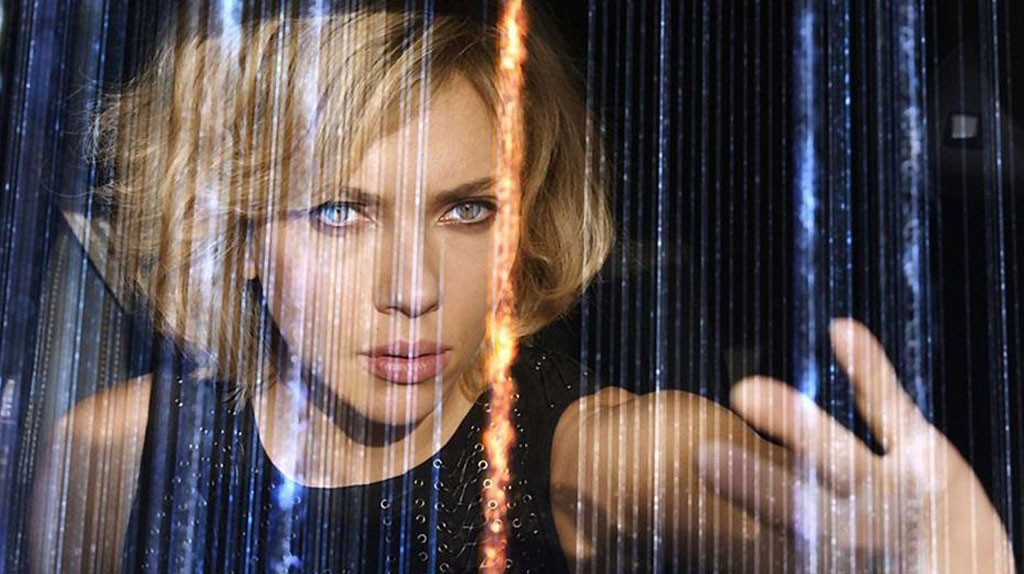 Lucy is a silly science-fiction flick built on a concept disclaimed by actual scientists and, had it lasted much longer than 90 minutes, it might have become a drag. But writer-director Luc Besson is an expert at hitting the audience's sweet spot, and the film goes by in such a blur of eye and brain candy that its emptiness doesn't sink in until we head for the exits.

If Besson has crafted a less memorable twist on The Matrix, Lucy is also, for what it's worth, a far less self-important film. Its philosophical pretensions are impossible to take seriously in tandem with its cartoonish action, and that's part of its charm.

The filmmaker sets up his premise like an attention-deficient kid playing with action figures while console gaming and surfing Wikipedia. In the tone-setting first scene, the action figures in question are Lucy (Scarlett Johansson), a student living in Taipei, and her loutish boyfriend (Pilou Asbaek). As he tries to badger her into delivering a mysterious briefcase to an equally mysterious Korean businessman (Min-sik Choi of Oldboy), Besson repeatedly cuts away to illustrative metaphors: A mouse sniffs a trap; a big cat stalks its prey.

The director seems to want these interpellations to convey the scene's universal resonance, rather like the prologue to 2001: A Space Odyssey or that trippy creation sequence in The Tree of Life. But they play more like a commentary on genre-movie conventions that are so familiar, they might as well be encoded in our DNA.

Happily, Lucy doesn't take long to veer off the rails. Predictably, the briefcase turns out to be as dangerous as the businessman, and soon the chemical contents of the former are inside Lucy, transforming her from a terrified victim to, well ... Scarlett Johansson.

At this point, Besson cuts away once again, to a neuroscientist (Morgan Freeman) expounding uncritically to a crowd on the notion that human beings could access unimaginable powers if we started using more than 10 percent of our brains. Thanks to the experimental drug in her system, we learn, Lucy is now functioning at about 20 percent brainpower. She's already tossing strong men across the room, and she's getting smarter by the second.

At this point, the audience has every reason to expect Lucy to spend the rest of the film using her superpowers to kick bad-guy butt. But Besson isn't interested in remaking his La Femme Nikita with a science-y twist. He has something far more ambitious (and ridiculous) in mind; something that involves melting the film's reality into a psychedelic pixel-blizzard while Freeman's character intones things like "Time is the unity." This is your brain on pseudo-scientific mysticism, functioning at 100 percent.

In the past year, we've seen (or heard) Johansson play a superheroine, a computer operating system discovering its soul and an alien trapped in a human body. All these experiences no doubt prepared her to embody a woman whose cerebral makeover lifts her off the plane of recognizable human emotions and physicality, and she does so with maximum plausibility (a relative term here) and minimum fuss. Toward the film's end, there's something poignant about Lucy's isolation — unlike Samantha in Her, she can't find 641 peers to fall in love with, or even one.

But Besson doesn't seem too interested in exploring Lucy as a character. Terrified of losing our attention, he keeps the action-movie business swirling around her long past the point where it has much impact or makes much sense. The filmmaker may think he's encouraging us to run our brains at 100 percent (which, by the way, we already do every single day), but Lucy is a lot more enjoyable with your critical-thinking faculties offline.