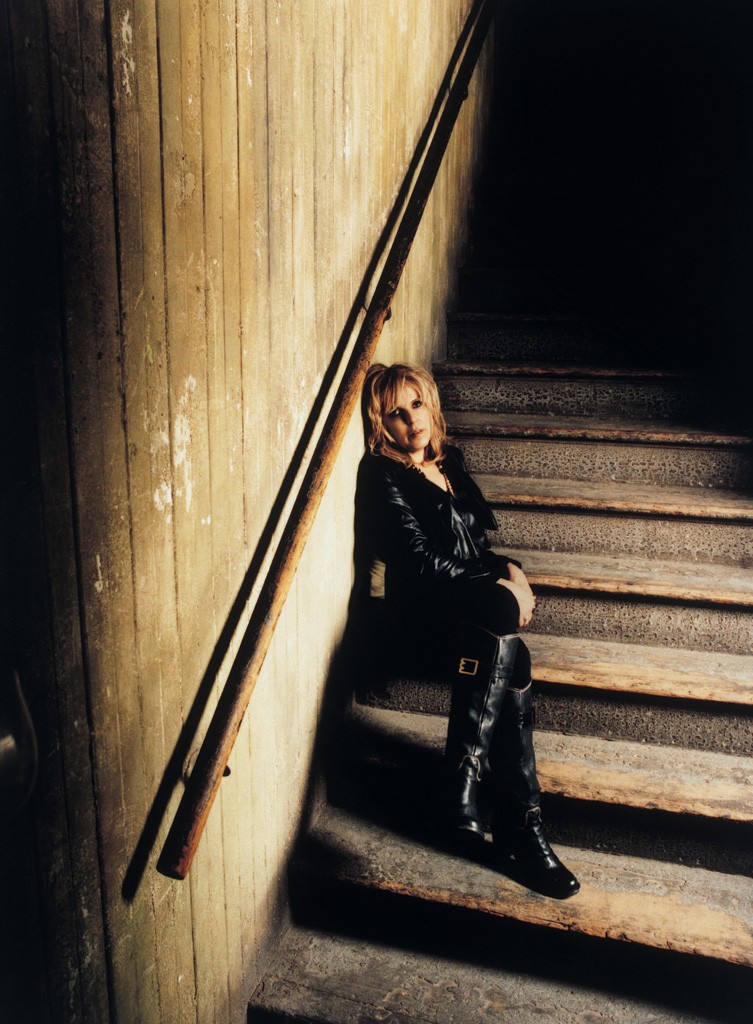 2013 marked the 25th anniversary of the release of Lucinda Williams' breakthrough eponymous album. For the decade prior to that 1988 record, her music had largely been ignored, aside from some occasional nibbles from mostly minor record labels. But Lucinda Williams, originally released on now-defunct London punk and indie label Rough Trade Records, put the Louisiana-born alt-country songwriter on the map. It was the first break in a career that would birth landmark albums such as 1998's Car Wheels on a Gravel Road, garner multiple Grammy Awards and see her become one of the most admired songwriters of her generation.

In celebration of that anniversary, Lucinda Williams, which has been out of print for a decade, has received the deluxe reissue treatment by Nashville label Thirty Tigers. The reissue, released in January of this year, includes the original record, remastered from the original analog tapes, as well as 20 live cuts. But Williams isn't simply reliving the past. In September, she'll release a double album of new material, which she describes as "country-soul." She'll follow that up about six months later with a record of what she says is "my kind of country music."

Seven Days recently spoke with Williams by phone, in advance of her show at the Flynn MainStage this Saturday, June 28.

SEVEN DAYS: Aside from the obvious tie-in with the anniversary, was there any other reason for rereleasing the record now?

LUCINDA WILLIAMS: It was mainly the anniversary. It had been rereleased in the 1990s by Koch Records, but then they went under, and it went out of print again. The main thing was trying to find the original analog tapes, which until now had been in storage somewhere. When Koch rereleased it, they didn't even have the analog masters. They just made a digital copy. So we went those extra steps. But we wanted to tie it in to the anniversary.

SD: Going back through that album, were you struck by any differences in the person or artist you were when you originally made it?

LW: Oddly enough, the songs on that album have really stood the test of time. I do have some older songs from my early career that I don't really like now. But I still do a lot of the songs from that record in my shows. But there are some that I don't feel comfortable doing now.

SD: You have a double album due out in September and then another record possibly six months later. One of the things people like me often say about you is that you take your time writing, almost to a fault. What spurred the sudden burst of writing?

LW: It was pretty unprecedented. But I think that's gotten better over the years. Back when I started, I wasn't used to the process: writing, recording, touring, writing, recording, touring. You're expected to put out an album every year. And I hadn't recorded that much. When the Rough Trade version of [Lucinda Williams] came out, I'd had so much time to write, because I hadn't been signed to a label and wasn't in that process. I already had all the songs. All of a sudden, I had to come up with a whole bunch more songs, at least as good as those, for the next album. And I had a problem with that, too. It was too soon. I was my own worst critic. I went and said, "Well, I don't have enough good songs. I can't put an album out yet."

When I went to record Sweet Old World, I pulled the plug and went back and wrote more songs, one of which was the title song. I didn't want to just put out anything. In that regard, people call me a perfectionist. But it wasn't really that. I was just nervous.

The real change came after Car Wheels on a Gravel Road. There was all this pressure because it had done so well and I didn't know how I was going to follow it up. I just had to get to a point where I just said I wasn't going to try to copy Car Wheels. And you can see that. I started giving myself more freedom to write songs like "Are You Down." I had to tell myself that not everything had to be this narrative masterpiece.

SD:  How did you arrive at that revelation?

LW: I looked a lot at Bob Dylan's career, how his earlier albums were so metaphorical and deep and crazy, and nobody understood 'em. But right before I made Essence, he put out that album with Daniel Lanois, Time Out of Mind, which I thought was brilliantly simple and eloquent and just beautiful. I saw him kind of go to that place where he had already painted his masterpiece and he was just writing what he wanted to write. And not everybody liked it. He got a lot of criticism. But over the years I've given myself permission to do different kinds of songs and different kinds of things. It's just a matter of growing and being more mature.

SD: So was the latest batch of songs written all at once?

LW: Not really. I'll start songs and it might take a while for me to finally finish them. In fact, a couple of songs on the new records are several years old. I just hadn't recorded them yet. One of them was a song I wrote years and years ago that I didn't think was good enough to record. And [husband Tom Overby] found it on an old cassette-tape demo and he said, "Wow, this is great. We've got to cut this." And I said, "Really?" So I cleaned it up a bit and we recorded that.

SD: So you really are your own worst critic, huh?

LW: [Laughs] I really am. But the new material was really a combination of resurrecting old material I had almost forgotten about and writing new stuff.

SD: You worked with a friend of mine, Jim Rooney, on John Prine's duets album In Spite of Ourselves. How did you find working with Jim?

LW: Oh, yeah! The thing I remember about Jim is that he likes to work quickly. I remember sitting with John and I think we did a few takes and he was, like, "OK, that's a wrap!" He likes to get in there and get it done. But he was real easy to work with and super friendly.