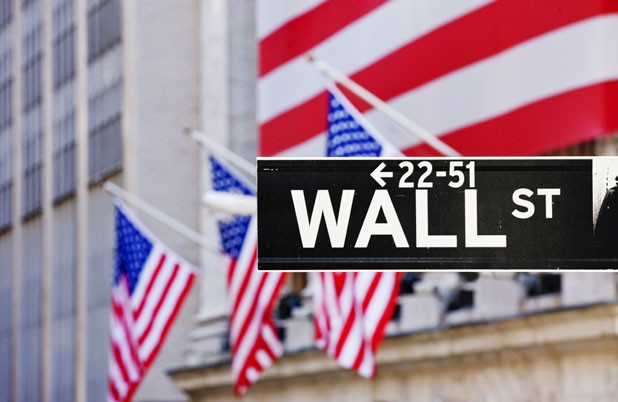 For a girl who grew up in a communist family, this month’s events should be cause for fireworks. As Marx predicted, the self-sown seeds of capitalism’s own destruction are spreading tendrils under the foundations of Wall Street, opening fissures in the walls of marble. Lenin told his comrades the profit-insatiable capitalist would eventually sell the people the rope to hang him with. Now he’s sold us the rope — and we’ve hanged ourselves. But the salesman, too, is gazing nervously at the gallows.

It’s an infidel’s Rapture, the End Times as foretold by the Prophets Karl and Vladimir.

So why do I feel so blah?

Maybe it’s because the revolution is not even near. “The end of U.S. capitalism? I really doubt it,” U. Mass economist Gerald Friedman told Al Jazeera last week, echoing colleagues across the political spectrum. “A capitalist system — or any social system — can only be brought down by an opposing system supported by a rising economic class. There is no such contender on the horizon right now to challenge capitalism. So we’ll continue to muddle along.”

Maybe it’s because the muddling is certain to be painful. “I don’t know about you, but I planned to retire someday,” a friend told me. I thought of the IRA statements lying unopened on my desk.

But maybe, just maybe, it’s because this enemy of the plutocratic state is grieving for more than my evaporating savings. And, in spite of the recent burst of populist fury against the tycoons and deregulators, I suspect America is feeling similar.

The story of our latest infatuation with Wall Street began with the economic policies and culture of Reaganism. Businesses started replacing guaranteed pensions with individual market-dependent retirement accounts. The government deregulated everything (the process was accelerated, and pretty much finished, by the Clinton administration). Politicians told us government protections like Medicare and Social Security were hanging off a cliff. The media announced the S&P numbers at the end of every five-minute news brief, while cities were festooned with LED tickertapes, constantly reminding us of our fortunes. The schools started teaching personal finance in the third grade.

Before you knew it, half of American households held stocks. Ordinary people were identifying with the high rollers, thinking of Wall Street as Main Street. The other afternoon, I overheard two grizzled guys — they appeared to be just this side of homeless — discussing investment strategies. “Even money markets aren’t safe anymore,” said one. The other nodded sagely.

But our stake in Wall Street’s well-being is not just economic. It is emotional: a kind of codependent love. The markets are our abusive lover.

We love the markets because, increasingly, we depend on them for comfort and security. We also love them because they promise romance: more and more, happily ever after.

Wall Street needs our confidence; the markets are nothing if not a vast confidence game. But, of course, it also requires risk. So, like that abusive lover, the markets keep us off balance. They parcel out their goodies in unpredictable and inscrutable ways, then take them back with equal caprice. This leaves us hungry — and unsatisfied desire always feels like love.

When Wall Street screws up, like an abuser it feigns contrition, mewling and begging. Even while it asks our indulgence, it blames us for its problems and threatens us with abandonment. Market capitalism is the author of our pain, but we are too scared to disbelieve its threats — or refuse its demands.

Master deregulator John McCain has been on a tear against Wall Street’s greed, as if this were an aberration. But economic systems, like people, have personalities, and capitalism is a narcissist. Selfishness is not a dysfunction; it is the central function of a system designed to alchemize individual self-interest into a common good. But a narcissist cannot love, so a folie à deux — or, in this case, à tous — develops. Because the markets’ parsimonious and conditional love leaves us needy, we grasp and hoard, too. Greed is capitalism’s antidote to anxiety, its answer to feelings of powerlessness.

Who among us is not greedy? Who does not buy two for one, even when we know the pennies off that extra pair of sneakers are subtracted from the paycheck of the factory worker? Who, when renting or selling a home, does not ask for “what the market will bear,” even when that price is helping to gentrify the neighborhood and displace the very people who made it a good place to live?

We feel we can’t help it. Capitalism, the controlling spouse, has indoctrinated us with a version of ourselves, and any divergence from that image creates a kind of cognitive dissonance. We doubt ourselves. If we reject the get-mine ethic — choose the greener, politically cleaner (and thus more expensive) product, list the house at less than top dollar — we may get a spiritual buzz, the sense that we are strengthening the community or saving a Chinese child from the factory. But what is this vague feeling compared with the hard evidence of figures ticking up in the dividend column? Are we really saving a child — or depriving a family of needed wages? Did we actually help the neighborhood — or just one lucky new homeowner? Are we ethical actors in an imperfect world — or bleeding-heart schmucks?

When complicity creates self-loathing and resistance self-doubt, we can always resort to a tried-and-true survival mechanism: self-delusion.

How many of us read the mutual fund prospectus to see what corporations our dollars are supporting? How many buy into a socially responsible mutual fund and then pretend the problem is solved?

Me, for one. One day, I casually opened the pamphlet of my fund’s investments. Immediately, I discovered several pharmaceutical companies on the list. All were deemed benign, even exemplary, under the fund’s labor, community and environmental criteria. But what about their routine tactic of inventing or exaggerating medical disorders to get people to buy the snake oil to treat them — a practice I despise? The fund’s vetters can hardly be expected to exclude every company that manipulates or lies to consumers; there would be virtually none left to invest in. Yet I realized at that moment that the fine tooth of my political sensitivities would find almost no corporation free of moral nits.

So what did I do?

I tossed the prospectus in the recycling bin.

Wild swings of elation and depression, confidence and doubt, realism and denial. And after it’s all over — when the other has walked out with your home and your life savings and your self-confidence — you declare that you never trusted the bastard in the first place.

A crisis, of love or money or both, elicits many emotions. One is panic, which leads to rash decisions; another is anger; a third, depression. Congress, with its $700 billion no-guarantee-of-working bailout, has acted on the first. I’m feeling the second, but sinking into the third. Paralysis is an effective defense against pain.

If Naomi Klein’s Shock Doctrine is right, however, these emotions are part of the plan — and must be resisted. Crisis, Klein argues, provides the perfect environment for anti-democratic and wealthy elites to push through politically repressive and economically unjust policies (the Patriot Act; the seizure of peasants’ land to build hotels after the 2004 tsunami) that citizens would fight in calmer times. Massive instability is so propitious to such radical changes that the “reformers” and their beneficiaries are not beyond creating it to move things along. For instance, Klein quotes neoliberal economist John Williamson asking an audience of top-level policymakers in 1993 to consider “deliberately provoking a crisis so as to remove the political logjam to reform.”

Klein predicts that the finance industry bailout, which was written and shoved through by the bank lobbies, is only the first step. Should McCain be elected, she says, his administration will use the Treasury’s overextension to justify cutting a host of existing social programs — Medicare, Medicaid, Food Stamps, housing subsidies — and putting the kibosh on any new ones, just as the World Bank and International Monetary Fund have forced debtor nations to do worldwide.

It’s a sign of the success of this strategy that an American presidential candidate— no, both candidates — are running on the backlash, calling for more regulation.

The romance of capitalism may be over, but we’re still in bed with Wall Street. And for the moment we’ve got no place else to sleep. Still, this is no time to be dozing off the blahs. If the bankers’ crisis-response team has had its blueprint for action at the ready for a decade, progressives should not get huffy about right-wing conspiracies. Instead, we need — indeed, have needed, for about 40 years — our own conspiracy, our own plans, and fast.

Depressives, awake. Drink a Red Bull, or five or six. Be alert but not rash, calm but not docile, skeptical but not cynical, hopeful but not naïve. Fix the marriage; stay together for the sake of the kids.

But start depending on our friends. Practice solidarity. Invest in each other.