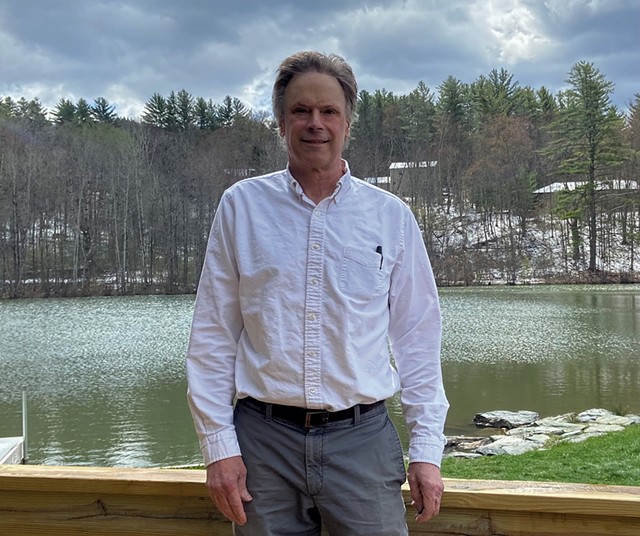 After more than 40 years in the Stowe dining scene, Jack Pickett has announced he will launch a new restaurant, Big Fish, in the Commodores Inn at 823 South Main Street. Pickett is currently doing a complete renovation and hopes to open in June, he said. The location was formerly the Lighthouse Bar & Grill.

Big Fish will focus on seafood, which Pickett sees as a "gap" in Stowe's restaurant landscape. He plans to share his passion for raw oysters and offer lobster rolls and fried clam rolls, along with fresh fish of all kinds. "I grew up in Massachusetts. I love the ocean," Pickett, 68, said. "When I head to Maine, the first thing I do is go to a clam shack."

Pickett's first job in Stowe in the late 1970s was at Ten Acres Lodge. In 1992, he opened Blue Moon Café, a pioneer of locavore cuisine. Later, he launched Frida's Taqueria and Phoenix Table and Bar.

Most recently, Pickett served as general manager and executive chef of von Trapp Brewing Bierhall Restaurant. After he was furloughed in November 2020, Commodores' owners approached him about leasing their restaurant space. It overlooks a pond with good outdoor seating options, Pickett said, "in case this COVID thing hangs on."

While he appreciated working for the von Trapps, Pickett said, "I didn't want that to be my swan song." A friend recently told him, he added, 'You're the Tom Brady of Stowe. You don't know when to quit.'"

The original print version of this article was headlined "Big Fish, Small Pond"