Side Dishes: Logan's opens in Burlington 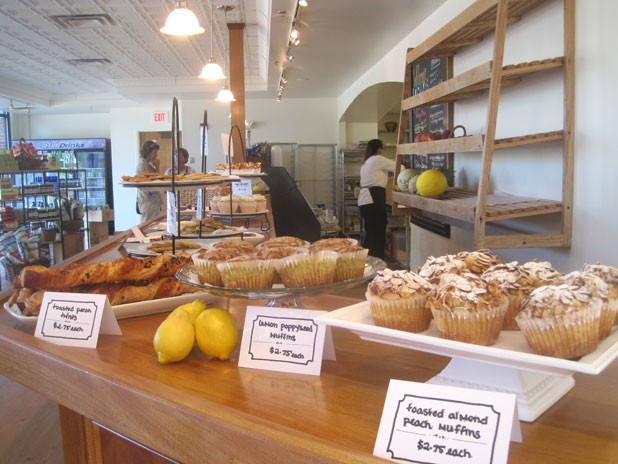 Nick Logan was planning to have a soft first few days when he opened the doors to Logan’s of Vermont on Monday, September 10. “We just were trying to get in here and get our feet under us and get our systems working,” the chef-owner says. When lunchtime lines began forming, though, he took it in stride, and now says, “We were quite happy with the response.”

Logan credits the “vibrant” Burlington waterfront community with the rush, saying it’s been welcoming and eager to help out his fledgling business. The appeal of his food doesn’t hurt.

Logan’s serves Mondays through Saturdays, from 9 a.m. to 6 p.m., starting each day with breakfast pastries such as Danishes and coffee cakes. They’re made by pastry chef Luke Boggess, most recently of Cloud 9 Caterers and On the Rise Bakery, and his assistant, Anna Stringer. At lunchtime, panini change daily, but they’re always served on Boggess’ own bread. Early choices included ham, apple and Brie with mango chutney; and a classic Cuban with sliced pork loin, ham, pickles, butter and Dijon.

Soups, sides and entrées are also available to take out or eat on a bench on the flower-filled deck. Inside, Logan’s sells a selection of products that go into the dishes, such as vinegars and oils.

But Logan, also most recently of Cloud 9 Caterers, says his new business’ raison d’être is takeaway meals. Dinners range from Black Angus sirloin to pan-seared chicken with fennel cream to grilled polenta with stewed veggies. Some are ready to heat and eat; others are raw and require the touch of a home cook. Like the panini, offerings change daily. For now, customers must call or stop in to learn the day’s options, but Logan says he hopes to have an email list, website and Facebook page soon.