Locked Down, Masked Up: Working Through a Tiny Group Home's Outbreak

The stairs reminded Tina Fede that she was sick. The little residential care home she manages in Bennington has just one flight, and she usually trots up and down it without a thought. Now the steps left her short of breath.

She trudged them over and over, huffing into her N95 mask by the time she reached the top. There was, in her mind, no other option. 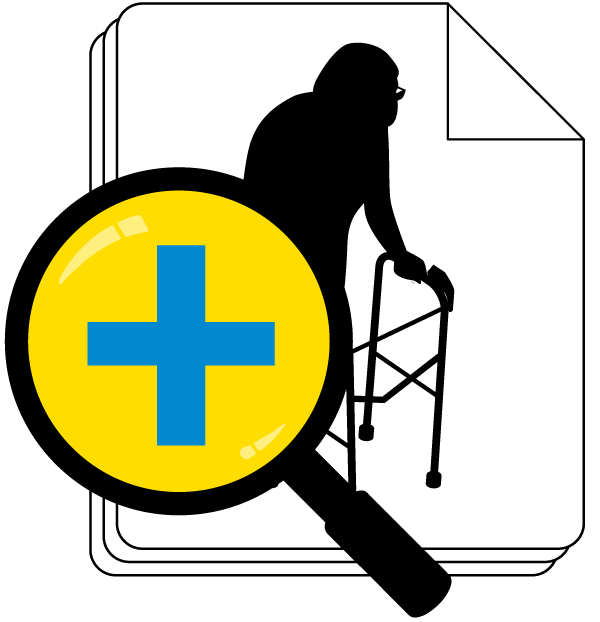 Visit our online Vermont Eldercare Navigator. It's based on 854 inspection reports created between 2014 and 2020.

Seven Days and Vermont Public Radio created the database when we teamed up in 2019 to produce Worse for Care, a series of investigative stories grounded in our joint review of those reports. You can still read that series, and search the updated database.

Listen to radio versions of the eldercare stories published in this issue of Seven Days. They'll run during VPR's "Morning Edition" at 7:44 a.m. and "All Things Considered" at 5:44 p.m. on these dates: March 24, 29 and 30. You can also look for them on vpr.org.

All four residents under her care had been infected with the coronavirus in an outbreak that began on December 13. Fede was sick, too, along with nine of her 10 coworkers.

One of their residents, Randall McMorris, had been placed in hospice after falling ill with COVID-19; he likely had just days to live. He was 72 years old and had been living at Gatling House Group Home for more than a decade. Randy, known for his gentle soul, had intensive needs, and the outbreak of a contagious disease was scary and disorienting for him.

The house was in crisis. Some caregivers from sister programs were recruited to help, but Fede and three other employees weren't willing to turn over their residents' care to strangers in their moment of need. Especially Randy's. His journey into death, Fede insisted, must be "as dignified as possible."

Gatling House, a residential care home, was one of five tiny long-term care facilities in Vermont to experience an outbreak of COVID-19. These homes have fewer than 25 total staff and residents. They're so small that the Vermont Department of Health won't name them as outbreak sites, citing federal privacy law. The state did confirm that, at three of the homes, the vast majority of people were infected, and at two of the homes, one resident died.

Gatling House is quite literally a house, indistinguishable from the surrounding single-family residences on a quiet street. It's run by United Counseling Service, the designated agency for community mental health and developmental services in Bennington County. Residents have developmental disabilities in addition to other health conditions and get support to live as independently as possible. They vary in age. 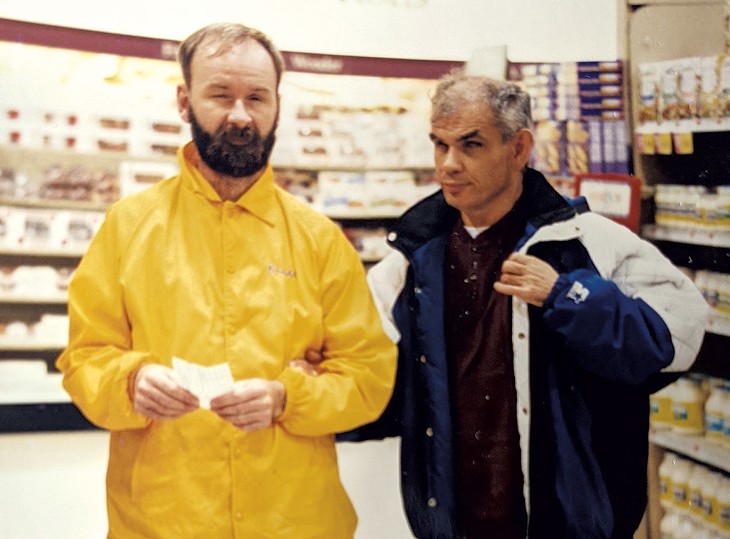 Randy, who was blind, nonverbal and had a severe intellectual disability, was happy at Gatling House, his family said. He could easily find his way around the building. He loved music, and staff at the house made sure he could listen to his funny and sentimental favorites, such as singer Patti Page's "(How Much Is) That Doggie in the Window?"

"At this point in his life, his real family was Gatling House," said Pat Mignone, his sister. "They were there every day for him."

The features that made Gatling House comfortable for Randy also made it susceptible to the spread of an airborne contagion. Residents all shared a bathroom and living quarters. Their daily care needs required a lot of close contact with staff.

"It's a long-term care facility, but it's a home," Fede said. "Inside a home, it's much [more] difficult to keep everybody safe than it would be in a very structured facility."

"They were there every day for him." Pat Mignone tweet this

The home tried to limit the opportunities for infection, at great cost. Fede said residents regressed in their life skills after staff took over cooking and cleaning, and opportunities for social interaction disappeared. New expectations for employees also scared off would-be and newly hired caregivers. Few people — and sometimes no one — applied for open jobs, for which starting pay can be about $14 per hour.

Residents and staff plugged away in relative seclusion for nine months, until cases started rising in Bennington County during the winter. When routine, state-mandated surveillance testing picked up the first employee case on December 13, Bennington County was seeing more new COVID-19 cases each day than at any previous point during the pandemic.

By the end of the week, everyone but one staff member had tested positive. Employees' partners and children were beginning to test positive, too, Fede said. Residents rode out the illness inside their small bedrooms — but because they all were infected, they could at least take trips to the shared toilet. They relied on sun lamps to try to brighten their rooms.

Fede worked 178 hours in two weeks. Another staff person matched her, she said. Sick employees who continued to work also made arrangements for their families to stay elsewhere, including for Christmas, so they wouldn't be exposed.

Staff did their best to celebrate the holiday during the outbreak. Families watched via FaceTime as residents unwrapped gifts. They sang carols through their masks.

Randy, who loved to sing, didn't get to join in the festivities. He died on Christmas Eve.

Telling the remaining residents of his passing was an especially difficult moment for Fede.

"I think there's still a portion of grief that we haven't quite touched on with them," she said.

Things are slowly getting better at Gatling House. All the residents are vaccinated, and so is 90 percent of the staff, Fede said. The state has slowly eased restrictions and granted more freedoms for vaccinated Vermonters. Each incremental change feels like a milestone.

When Fede and her staff told Gatling House residents recently that they'd be able to eat meals together without social distancing and go on car rides again, some of them jumped up and down, she said, joyously clapping their hands.

Related Isolation Wards: COVID-19 Kept Families and Regulators Out of Eldercare Homes. This Is What Was Happening

Isolation Wards: COVID-19 Kept Families and Regulators Out of Eldercare Homes. This Is What Was Happening
By Derek Brouwer and Liam Elder-Connors (VPR)
Eldercare