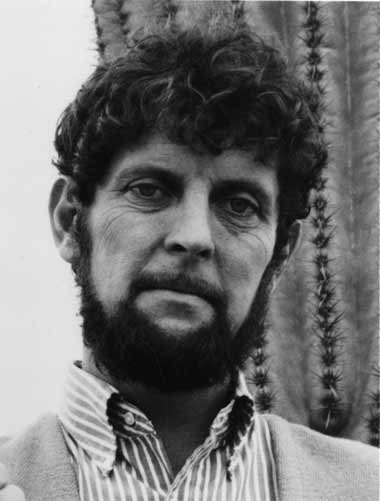 Gary Paul Nabhan has hunted wild peccaries, pit-roasted cactus flowers, and won a MacArthur "genius" fellowship. This past weekend, he was the keynote speaker at the 12th Annual Vermont Fresh Network Forum. The theme of the gathering was "Eat It to Save It" and focused on bringing back indigenous foods, such as heirloom veggies and heritage animal breeds that are becoming extinct. Ever heard of the gilfeather turnip? Exactly.

Nabhan's well qualified to tell us what we're missing when we eat processed foods: He helped found a project called RAFT: Renewing America's Food Traditions. Nabhan holds a PhD in Arid Land Resource Sciences from the University of Arizona and directs the Center for Sustainable Environments at Northern Arizona University. His numerous books include the memoir Coming Home to Eat: The Pleasures and Politics of Local Foods, about a year of ultra-local eating, and Why Some Like It Hot: Foods, Genes and Cultural Diversity.

Seven Days caught up with Nabhan a few days before the Forum.

Seven Days: Your book, Coming Home to Eat, introduced me to the idea of eating locally. Were you the first one to write about it?

Gary Nabhan: I had not seen other people focus on a local diet before, although it was the farmers and restaurateurs here associated with the Vermont Fresh Network who inspired me to think about it. Now there are three books - The Omnivore's Dilemma by Michael Pollan; Animal, Vegetable, Miracle by Barbara Kingsolver and Steve Hopp; and another book called Plenty by Alisa Smith and J.B. MacKinnon - that are all doing variations of this with different diets and perspectives, because each region is different. So there's no real redundancy. There's fresh insights and distinctive flavors in each place we attempt this.

SD: You decided to limit yourself to foodstuffs within 250 miles of your home. How did come up with that number?

GN: For me, there's no magic formula like 100 miles. Two-hundred-and-fifty miles was arbitrary in the sense that I wanted to write for a national audience about sea foods as well as land-based foods. And it would be like choosing your circumference here so you could capture quahogs and other clams. The point was, I wanted to be able to walk across the region and meet the whole range of farmers, fisherman and orchardists that provided my food. The part that I didn't garden, hunt and forage for myself.

SD: You went cold-turkey. Was that tough?

GN: I had heard from many people in our desert region that they did not think it was possible to live on the foods of the desert. It would be like people here in Vermont saying, "It's too cold here, and you can't really supply fresh food for yourself year-round 'cause the winters are so harsh." I sort of wanted not to prove them wrong, but to show that there were possibilities we couldn't imagine unless we tried something.

SD: Did you learn anything that surprised you?

GN: I actually found that I had more time in my life if I was gardening or quail hunting or foraging, rather than driving 45 minutes in a car two ways each day and standing in line in the grocery store for another 20 minutes. In part it was a choice to do something that looked apparently extreme, but actually offered me a lot of moderation in my life at the same time.

SD: There's a huge localvore movement here in Vermont. Do you see it catching on in other places?

GN: The astonishing thing is that people are working on it from Sitka, Alaska . . . to Nashville, Tennessee. What I find most fascinating is that people are inspired by one another, yet they have to find a completely different organizing principle in their community to make it work . . . The other thing I think is very interesting about this is that now a lot of us are saying that some things can only be grown well in some localities. Like wild rice. It's really too bad that people are trying to grow it in California, because it doesn't taste the same and it isn't helping indigenous communities. It's actually being grown with a lot of fertilizers there, but it's a natural product in Minnesota.

SD: So in some cases it may actually be more eco-friendly to truck a product in from somewhere else rather than trying to grow it locally?

GN: My emphasis has shifted more to seeing how the place-based foods of any region can be protected there, and we can establish fair-trade networks between people in different regions for these unique products. I'm going to bring back from here maple syrup that I got from a farmer, but give back to that farmer some tepary beans or saguaro cactus. This seems like one model to appreciate the special foods of each region that we can't grow in our own place. But collectively, that may only be three percent of our own diet.

SD: It seems that folks sometimes hesitate to "become localvores" or "go organic" because they hear about them as purist movements: They think it's gotta be all or nothing.

GN: I don't think we win anything by proselytizing about this . . . I gain great pleasure in the foods that I can access from closer to home because I hear people's stories about them; they taste fresher; they have more fragrance and texture. So people should take tiny steps towards just incorporating more local foods into their diet. And if the local apples end up delighting them more than a Golden Delicious apple transported halfway across the continent, I think that will win them over more than beating them over the head about the number of food miles that apple has traveled. The flavors trump some of the philosophical issues.

SD: Can you tell me a little about RAFT?

GN: I realized five years ago that there had never been a comprehensive inventory of foods unique to this continent . . . We don't know what place-based foods from this region or any other region are really at risk of going extinct, just like whales or orchids. The idea was, What if we joined forces with five or six of the most creative nonprofits in the country and built a network, not only to inventory these foods but to bring them back to the table? . . . We've developed something called eater-based conservation. We're basically voting for the recovery of these foods by our food choices.

SD: In Europe, they're really good about protecting specialty products. It sounds like we need to be better about this in the U.S.

GN: I think Vermont is, to some extent, doing this with maple syrup. But there's different flavors of maple syrup from trees in different soils that need to be embraced, just as much as the general concept that maple syrup is a Vermont project.

SD: But how do you get people to care about whether the maple syrup is from soil filled with shale or schist?

GN: I think the answer to that is right before our eyes. People used to say that about beer, too, and now there are a couple thousand microbrews thriving. Variety is the spice of life. It's not a big leap to say that, if Vermont folks have accepted another 150 flavors of beers and ales over the last decade, they can celebrate at least three flavors of maple syrup.

SD: Right, and folks do look for particular kinds of heirloom tomatoes, like Brandywines. But no one would think to seek out a different variety of spinach, right now.

GN: In part because we have to build up a vocabulary about it. The wine junkies of the world have a very complex vocabulary for describing those differences . . . I think we need to make sure that the state agriculture people embrace that kind of distinction rather than glossing it over.

SD: So, aside from cataloguing plant species and encouraging farmers to grow heirloom varieties and chefs to cook with them, what is RAFT doing?

GN: A new holiday called The Great American Picnic; food writer Deborah Madison came up with the idea. Just like we've commoditized foods, we have commodified holidays now, where most people in the country have Butterball turkeys and pre-packaged cranberry bread. Why don't we imagine a new holiday for America where we link place to taste? . . . The idea is to celebrate the foods of the region in that place . . . We'll actually do it like a potluck . . .

This is one of those things that isn't a Democrat or Republican kind of thing. If our real patriotism is our allegiance to this land and what's unique in it, and the cultural expression of that, we really think this holiday can capture everyone's imagination in this country, and sort of remind us how lucky we are to live in a place blessed by so many different foods . . . We're having the first pilot project at Shelburne Farms this Sunday.

SD: Speaking of Democrats and Republicans, how do you respond to criticisms that food movements of this type are elitist?

GN: In our region, where we have some of the poorest counties in all of North America, Navajo sheep herders have decided to have their own Slow Food convivium, and it costs $5 a meal for most of their events, and elderly people get in free. I think that the people who say the Slow Food movement is elite haven't really looked and seen all the variations on it that have already been worked out in low-income communities, which probably have the most to benefit from this in terms of nutrition and celebration.

SD: One final question. It seems to be getting more and more complicated to make good food choices. When you're choosing what to eat at any given time, what's your decision-making hierarchy?

GN: I am keenly interested in what's available that's unique to the place I'm living or special to that particular season. The seasonality, I think, is very, very important. If I just see grape leaves of Jerusalem artichokes available for only two weeks per year in my farmers' market, that's what I go for. Because the monotony of processed foods bores me. And rather than seeking out the exotic, having truffles flown in from around the world, I really try to seek what's special in my own backyard, and then mix that with ingredients that complement that, some of which are local and some of which are not.