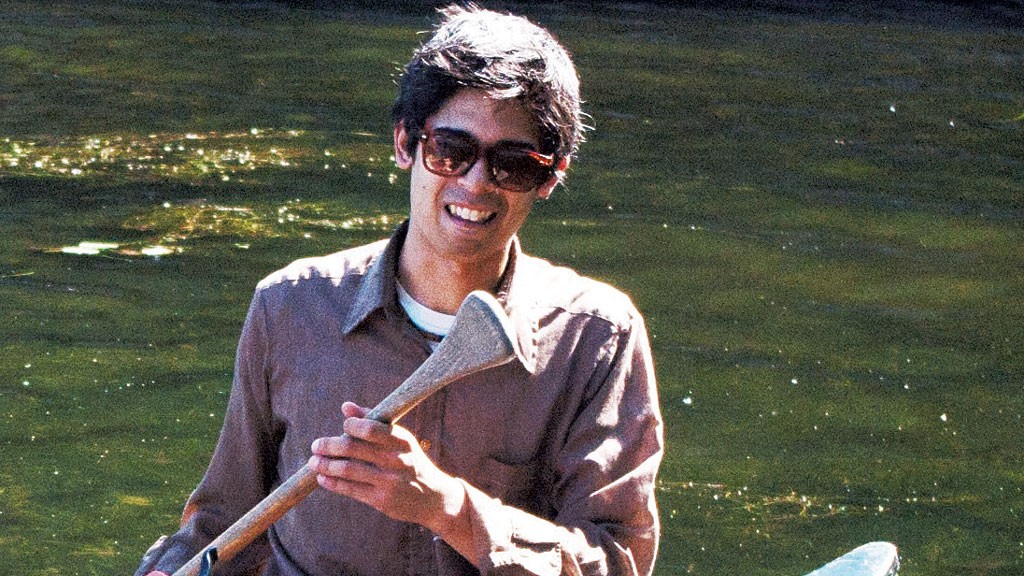 The Queen City jazz community is in mourning, and not only for the annual Burlington Discover Jazz Festival. The sprawling 10-day festival usually kicks off around this time of year but was canceled, like everything else, because of the coronavirus pandemic. But now the local jazz scene grapples with an even deeper loss, that of pianist and composer Peter Krag, who died from an apparent overdose last week after a long struggle with addiction.

Krag, 34, was known locally as a go-to keyboardist for area jazz groups, such as the Ellen Powell Trio, Chris Peterman Quartet and Hot Box Honey, to name a few. He lived and breathed music, teaching by day and gigging by night. His earliest years were spent in California until his family settled in Vermont in the '90s.

He showed incredible promise as a pianist in his youth, as noted by his longtime instructor (and eventual peer) Tom Cleary, who teaches jazz piano at the University of Vermont. Krag was Cleary's longest-running, most consistent student, having studied under the UVM instructor on and off since Krag was in sixth grade.

"He was one of the few students I asked to teach," recalled Cleary in a Zoom interview along with several of Krag's friends and collaborators. Cleary explained that after seeing the young Krag perform, he reached out to his parents to take him under his wing. "He improved any musical situation he got involved in," Cleary continued. "I can only be in awe of that."

Like most folks who roll in the local jazz scene, Krag sat in with many ensembles over the years.

"I was struck with how sensitive he was musically and how supportive he was [as a keyboardist]," said guitarist John Creech, who played with Krag since the mid-2000s. "There are musicians who kind of shine in support of [others]. That was the type of person Peter was. He didn't crave the limelight."

"He was the glue," said drummer Geza Carr, another colleague. "Other people we tried to work with, things would fall apart — the beat would get turned around, forms were lost. But with Peter, none of that stuff ever happened. He always made it work."

"He was very precise," observed guitarist Max Bronstein-Paritz, who played with Krag in the Ellen Powell Trio. "He knew exactly what he wanted to do."

"He said a lot with his compositions," added Carr. "I could feel what he was trying to express. What he was not able to express with words, he did with his writing."

Krag's friends all described him as warm, exceedingly kind, humble and selfless. Close friend and frequent bandmate Cynthia Braren (aka Thea Wren) said that even as Krag was dealing with his own inner darkness, he put it all aside to care for Powell, who died of cancer in November 2019.

"Ellen was pretty homebound toward the end of her life," Braren said. "Peter went over to her house three or four times a week. He was a helper and companion. Through the deep connection they had fostered through music, he began to understand and appreciate what a true friendship is.

"We all felt he had turned a corner, but we were wrong," Braren continued, noting that she had kept in close contact with Krag while in separate quarantines over the last few months. "I felt like he was coming out of his shell. He was as lucid and crisp and on it as I'd ever seen him."

Just this week, a new recording of Krag's surfaced online that came from studio sessions for Braren's 2019 debut album, In Between, recorded at Meadowlark Studios. At one point, Krag sat down at his instrument while the band was taking a break. Unbeknownst to him at the time, engineer David DeCristo was recording. The nearly 25-minute piece, available to stream on YouTube, flows with grace and elegance, yet it's not free of sonic conflict.

"Peter was very protective of his darker side and deeper emotions," said Braren. "I wanted to crack the shell of this genius who had his struggles and so much to offer. I think there's a lot we didn't know."

For now, plans for an in-person memorial ceremony and celebration of Krag's life are on hold. But Braren says that an online tribute to his life, work and genius are in the works and could possibly happen during what would have been this year's Discover Jazz Festival in June. Follow Wren on Facebook and Instagram to find out more. We'll also have details on the Seven Days website as they become available, along with general updates on the festival's upcoming virtual offerings.

In case you missed it: Live music returned to the Queen City on Saturday, May 23. Burlington surf-rock band Barbacoa played what was undoubtedly the first in-person live show Vermont has seen since the pandemic shut everything down in mid-March. The group rocked out for approximately 30 minutes before Burlington police busted up the party.

The band set up its gear in the vacant lot formerly occupied by Champlain Transmission. The nearby Junktiques Collective provided power via a considerable length of extension cords. A few folks, who likely saw a cryptic social media post foretelling the impending concert, gathered as Barbacoa started to play at about 4 p.m. Within minutes, the crowd grew, collecting cyclists, motorists and other passersby who were drawn in by the blaring guitars.

The mass of onlookers peaked at about 40 heads — just before a BPD officer happened by. Let me tell you, it was Ned-Stark-is-about-to-be-beheaded quiet as the officer calmly approached the band. What could have been an ultra-tense, potentially riot-inducing moment resulted in a simple request to end the concert — for no other reason than the band was operating without a permit. Barbacoa acquiesced, though they did play one final banger as a send-off.

What the concert proved is that, much like the dinos in Jurassic Park, life finds a way. I'm fully confident that, before summer's end, we will see a return to something resembling regular live music, albeit an appropriately socially distanced one. Barbacoa front person Bill Mullins said he hopes the band will play again soon. Even at an anarchic show like the one on Saturday, people self-governed and maintained appropriate distances. Sure, many folks didn't wear masks (don't get me started). But at least the risk of transmission is thought to be considerably less in open, outdoor spaces than in close quarters.

The big question is: As Gov. Phil Scott continues to "turn the spigot" in regard to reopening, will he address outdoor public gatherings of a certain size? Additionally, will the Church Street Marketplace allow street performers to return? Stay tuned in the coming weeks as we hopefully get some clarity on these burning questions.

The Jets, "Crush on You"

Correction: May 29, 2020: An earlier version of this story named Krag as a member of a band with which he did not play.