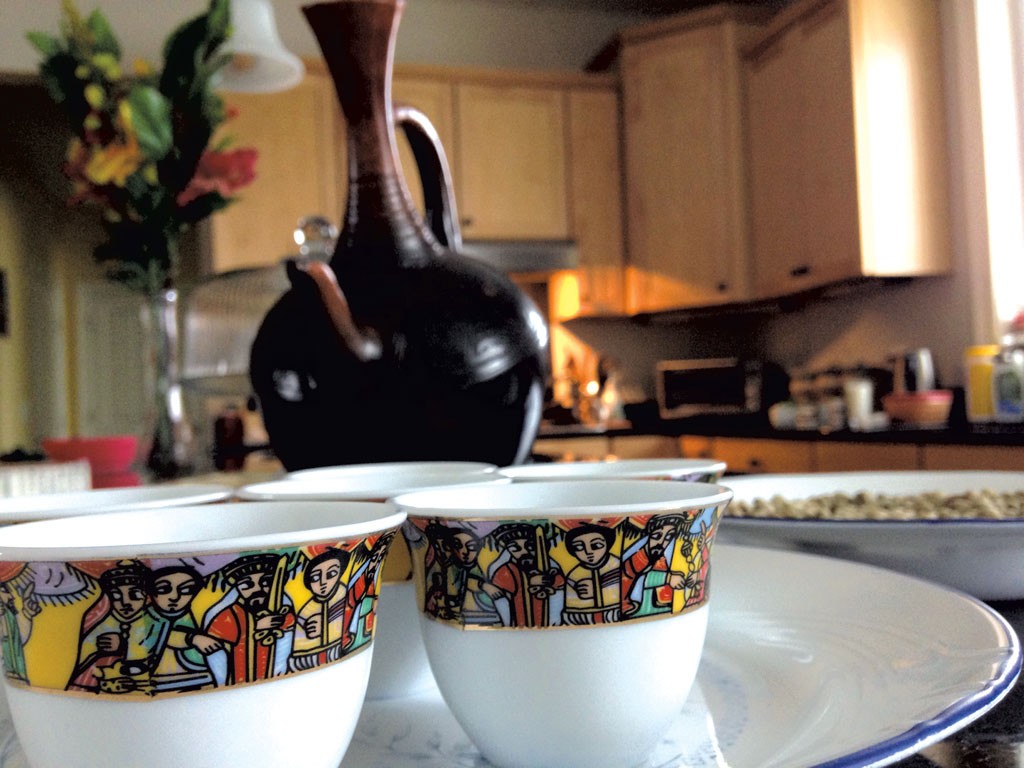 Fans of Ethiopian food have gotten to know Alganesh Michael over the past year as one of the two chefs behind Authentic Ethiopian Nights at ArtsRiot in Burlington. Now Michael is joining forces with another Pine Street business to share her native culinary skills.

On Saturday, January 31, she'll debut a series of classes at South End Kitchen, each focused on a different facet of Ethiopian cuisine. The first two-hour class, starting at 4 p.m., encompasses the traditional Ethiopian coffee ceremony. "It's an elaborate ceremony. It can take anywhere between one to two hours," Michael explains. Ethiopia, she points out, "is known as the birthplace of coffee."

Michael will roast beans brought from her homeland, then grind them and brew them in a long-necked clay pot called a jebena for an intense drink that she compares to espresso. Even non-coffee drinkers may be enticed by the accompanying dishes. Michael will prepare ambasha, a puffy, chewy bread aromatic with coriander, cloves and cinnamon; and a caramelized popcorn similar to kettle corn, also a common part of the ceremony.

The South End Kitchen series consists of three or four classes, says Michael; the next, scheduled for early March, will cover making injera and stews. Michael hopes to return to the teaching kitchen for a second cycle of classes and show off all the secrets her cuisine has to offer.