From Indy fans to indie directors, movie lovers geek out in Lake Placid 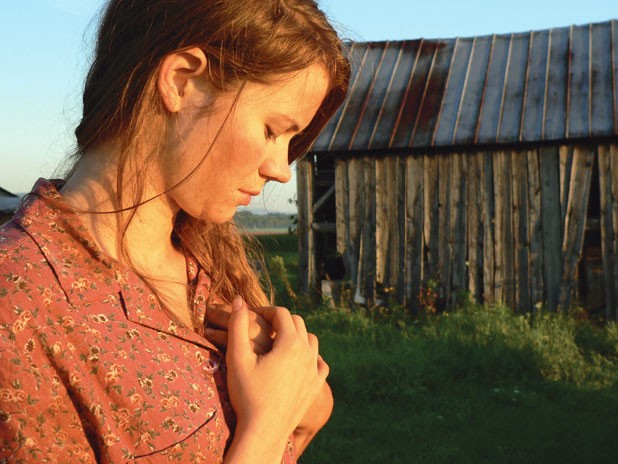 The movie I saw last Saturday at the Lake Placid Film Forum had fuzzy picture quality and, in the words of its own director, “terrible” sound. The audience was full of film buffs old and young — the kind of people who buy Blu-ray discs and care about aspect ratio. They applauded wildly after the credits rolled.

That’s because Raiders of the Lost Ark: The Adaptation is no ordinary movie. It’s a nearly shot-for-shot re-creation of Steven Spielberg’s 1981 blockbuster, made by a group of Mississippi teenagers over the course of seven years using primitive camcorders. It isn’t sophisticated, but it’s remarkably faithful. As I watched, I recognized most of Raiders’ dialogue, rhythms and individual shots. With my admiration for these crazy kids — now grown with kids of their own — came the unsettling realization that my favorite movie from 30 years ago remains engraved on my brain.

It wasn’t a typical film-festival experience, but the weekend-long LPFF isn’t a typical film festival — or, techically speaking, a “festival” at all. After the Raiders showing, the handsome, wood-paneled screening room of the Lake Placid Center for the Arts would host Sundance award-winning directors Nancy Savoca and Whit Stillman. LPFF’s cofounder and artistic director Kathleen Carroll, retired from a 30-year career as film critic at the New York Daily News, draws on her contacts to bring famous names in film to this fresh-aired Adirondack resort. Since its founding in 2000, Martin Scorsese, Paul Schrader, Jonathan Demme, Steve Buscemi, Melissa Leo and Parker Posey have all visited the LPFF.

The forum also has a strong local component — and Vermont presence. Barry Snyder, who teaches film at Burlington’s Champlain College, coordinated this year’s Sleepless in Lake Placid 24-hour filmmaking competition. His daughter, Jane Beaumont Snyder, starred in a short film by Burlington director Michael Fisher that played on Sunday in the North Country Shorts showcase. Rutland’s revitalization was the subject of a community-building forum accompanying The Blood in This Town, a documentary about the Vermont town’s record-breaking blood drive.

In the sunny lobby of the LPCA, I met Susan Ritz and Coleen Kearon of Montpelier, both members of the Green Mountain Film Festival board, who come regularly to the forum. They were happy with the outcome of the 24-hour competition — an unusual win for three young women from Syracuse University. (Males tend to dominate film-slam events.) And Ritz and Kearon were struck by the panel on New York filmmaking they’d seen that morning, which brought home the impact of the state’s tax incentive on the industry. “It’s amazing how much support filmmakers get in New York versus Vermont,” said Ritz.

Kearon said she likes the LPFF because “it’s so small and intimate.” Art Jones, the New York-based director of The Blood in This Town, agreed. “In other festivals, you get lost so easily,” he said. “Here, in one day, I’m starting to recognize people.”

It wasn’t always that way at LPFF, said T.J. Brearton, the festival’s project specialist (which means, he explained, that he does a bit of everything, from programming to tech support). A Saranac Lake native, Brearton has been with the LPFF since he volunteered at the inaugural forum. When Scorsese came to Lake Placid in 2004, he said, the event ballooned to a size that “wasn’t sustainable.” After a year off, the LPFF returned in a “scaled-down version.” Today, said Brearton, the organizers are building their regional base and finding “there’s more and more to do right here. We can incubate talent locally.”

Talent like Kevin Craig West, a young Albany actor and filmmaker who’d come to teach a youth acting workshop and screen two shorts — including one he shot in New Mexico on the fly, using his cellphone. West walked away with the Best Actor award in the Sleepless competition. Only two kids had shown up at his class, he said with a sigh — but then, it was a gorgeous Saturday in June.

Chris Strompolis and Eric Zala came to the LPFF from farther afield — Los Angeles and Mississippi, respectively — to show their Raiders homage, in which a teenage Strompolis played Indy and Zala played his faux-French-accented nemesis, Dr. Belloq. The pair has a special dispensation from Lucasfilm to screen their copyright-defying creation, but only to the film community, and only in the filmmakers’ presence. (Don’t look for it on DVD.) Strompolis and Zala have brought Raiders all over the country — though not yet to Vermont.

After the screening of their magnum opus, which includes a credit thanking Zala’s mother for “seven years of her life and the use and destroying of her home,” the two men took a blizzard of questions. Did their parents ever say, “No, you can’t pretend to be Indiana Jones, set fire to our basement and get dragged behind a truck”? (“We kept them in the dark,” said Strompolis.) Has Spielberg seen their remake? (He has — and loves it.) How did they reproduce shots from Raiders at a time when home video barely existed? (“We saw it as many times as our allowances would support,” said Zala. Then they drew 600 storyboards.)

“Don’t take this the wrong way,” said a young audience member toward the end of the Q&A, “but how much did you guys get made fun of?”

The two filmmakers chuckled. They know their claim to fame is also a testament to obsession, but they haven’t stopped wanting to make movies. Strompolis currently works on the lot at Sony, and the two have formed their own production company.

“Sure,” said Zala, “sometimes [while making Raiders] I’d pause and say, ‘Am I a loser?’ But now,” he continued, “looking out at all you people at this wonderful film forum, I have no regrets.”