Life Stories: Anne Bemis 'Knew Everything About Everything’ 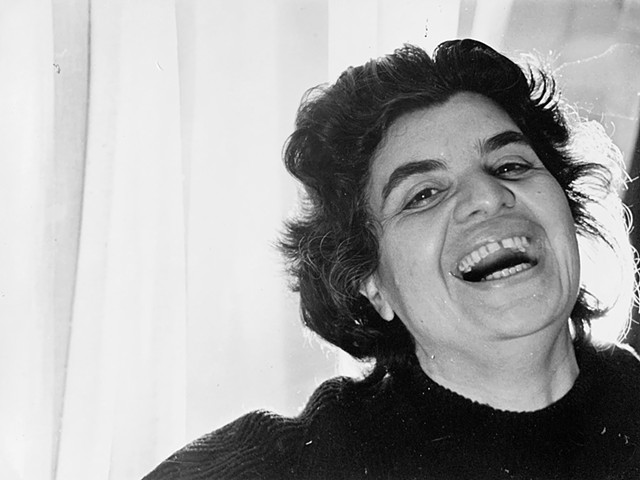 In 1960, Anne Nalbandian (March 3, 1933-March 30, 2021) had a cocker spaniel named Christopher (after playwright Christopher Marlowe), and Ed Bemis owned a whippet named Snoopy. The New York City residents were at Washington Square Park one evening walking their dogs when they struck up a conversation.

An hour later, they were still talking. By the end of their street meeting, Ed had proposed to Anne, she recalled in a 2019 interview with Vermont Public Radio.

"Anne was fun from beginning to end." Gail Troutman tweet this

Anne didn't respond to the proposal, but soon after, she and Ed attended a Gerry Mulligan concert together. After two more proposals from Ed, the couple married on March 3, 1961, Anne's 28th birthday. According to friends and family, the couple's 51-year marriage was filled with love, laughter, music and art.

"It was a great love story," said Mary Bemis, 59, of Oregon, the oldest of their three daughters. "They loved each other more than they loved us, which was OK."

Anne, 88, who outlived Ed by nine years, died on March 30 of natural causes at her Burlington home of 50 years. While raising her three daughters, Anne engaged in a wide range of activities and community projects, including teaching, painting, saving historic buildings, supporting progressive politics, attending jazz concerts with Ed, and cooking fabulous American and international food. Her approach to gathering recipes, or at least cooking tips, was unorthodox.

When she wanted to know the proper way to boil an egg, she called cookbook author and New York Times food editor Craig Claiborne. When she wondered how to make phyllo dough for baklava, she opened the phone book and called people whose last names ended in IAN — as did her Armenian maiden name. By this method, she found a woman to teach her.

"She was amazing," daughter Amanda Bemis said of her mother, noting that Anne was usually the instructor.

"She was very smart about nutrition," Amanda, 53, of Massachusetts recalled. "She was always offering to teach college students. She'd bring them in and teach them how to cook."

Anne was born in NYC to Paul and Lucia Nalbandian, survivors of the Armenian genocide. She grew up in the Chelsea neighborhood of Manhattan, where her father owned two dry-cleaning businesses, called Royal Tailors.

Anne, who had polio as a child, was a stellar student who finished high school two years early. She majored in statistics and physiology at Hunter College in NYC and studied art at several local schools. A beautiful woman with thick, dark hair, she was working for the city's department of health when she and Ed dated.

Anne's appearance apparently won the attention of other men, too. Once, when Bobby Kennedy caught sight of her standing nearby, he mistook her for Jackie Kennedy, Anne's daughters said. (Anne's limp from polio revealed that she wasn't the former First Lady.)

Not long after the birth of Lucy, their second daughter, Anne and Ed looked at each other and said "Vermont!" according to family lore.

The young family moved to Essex, and then to a 19th-century house in downtown Burlington. Yet they retained some customs of big-city life, including a disinclination to mow the lawn or own a car. (For a brief time, they had a blue Volkswagen Beetle, but Ed drove it into the girls' sandbox, and it remained there as a plaything.)

The Bemises walked to the grocery store for food and relied on the University of Vermont ride board to visit out-of-state relatives. When Anne tutored students one-on-one at Pine Ridge School in Williston, she carpooled with a colleague.

"Anne knew everything about everything," said Barbara Rippa, 87, of South Burlington, who taught math at Pine Ridge. "Music, philosophy, art.

"She read everything, and when she'd get a student who was interested in a particular topic, she could go right in there and give the students appropriate lessons," Rippa continued. "Neither of us followed the directions, often because we knew better than what we were being told to do."

With her friend Gail Troutman, Anne mounted a traveling museum exhibit to advocate for preserving historic local buildings. "An Exhibition of Recycled Architecture: 12 Buildings" opened at UVM's Fleming Museum of Art in the fall of 1974. A featured building was the firehouse on Church Street, now the BCA Center, headquarters of Burlington City Arts.

"The firehouse was our most proud success because we could see it regularly in Burlington," Troutman, 80, of Connecticut, said. "It was going to be torn down."

Troutman has a camp in South Hero, where Anne was always welcome to paint; among her works is a series inspired by Lake Champlain. "Our [shared] interest was in art and literature and ideas and everything else fun in this world," Troutman said. "Anne was fun from beginning to end. Fun and stimulating and imaginative — just great."

Anne was a jazz devotee and advocate in Burlington, along with Ed, who sat on the advisory board for the Burlington Discover Jazz Festival in its early days and was a prominent local jazz DJ.

"They were an absolutely inseparable duo," said Burlington guitarist Paul Asbell, who noted the pleasure of performing when the Bemises were in the audience.

"I got the feeling that each was the other's muse in terms of their enjoyment of music," Asbell said, "and that was just beautiful to observe."

Waitsfield resident George Thomas, who hosted a weekly jazz program on Vermont Public Radio for many years, recalled bumping into Ed in City Market, Onion River Co-op. They would sometimes talk about music for half an hour before Ed would remember that Anne was waiting outside. 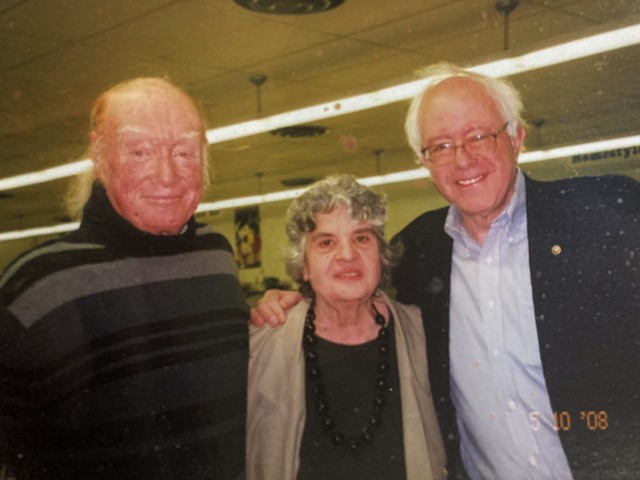 Despite the couple's decades in Vermont, Thomas, 68, said he recognized an enduring New Yorkness about the Bemises.

"Not only did they not have drivers' licenses, but they could talk," he said. "They had interesting things to say. They were capable of straightforward, eclectic, interesting conversation. They were both very awake and aware, and that quality is wonderful to be around."

Chuck Eller, a Charlotte-based keyboard player and recording engineer, believes the Bemises could have won a prize.

"If there was an award given to the people that showed up for the most art and music performances, it would've been Ed and Anne," he said. "They were so supportive; it was amazing."

After Ed's death, family friend Philip Wagner, a retired architect, accompanied Anne to concerts at the Burlington Discover Jazz Festival. They went to shows at Radio Bean, Leunig's Bistro & Café, and the Flynn.

"Anne knew all the performers, and they were pleased to see her," Wagner, 77, of Burlington, said. "She would fill me in on a lot of the details of the music and who was good and what I should be listening for."

The street life and music during the festival reminded Wagner of Bourbon Street in New Orleans, he said. Attending local shows with Anne was especially thrilling and fun.

"She was somebody who could appreciate it," Wagner said.