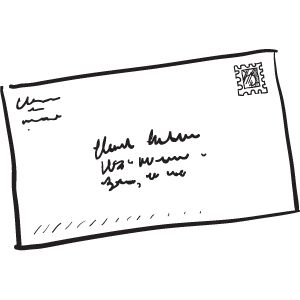 Who Is Bob La Follette?

[Re "'Run, Bernie, Run,'" September 17]: Paul Heintz's report from the Sanders festival in Wisconsin produced an interesting quote from the Washington correspondent of the Nation: "the similarities between Sanders and La Follette are unmistakable."

Yes, both Sanders and famous Wisconsin Progressive Sen. Bob La Follette had to "fight their way in" over the opposition of the ruling class, and both waged stiff battles against corporate power.

La Follette was the champion of the working class for demanding the eight-hour day, workers' compensation, primary elections instead of caucuses, and antitrust laws. But he wanted nothing to do with socialism.

By contrast, in 1980 militant socialist Sanders ran as a Vermont presidential elector of the Socialist Workers Party, which had earlier been expelled from the Socialist Party for being Trotskyite revolutionaries. The SWP platform called for nationalization of the auto, oil and defense industries into government monopolies. (Bernie's candidacy attracted the support of 78 Vermont voters.)

And, unlike La Follette, a Republican who staunchly defended civil liberties during the dark Wilson years, Bernie and the Senate Democrats are hell bent on amending the Bill of Rights to stifle the speech of those who oppose their brand of politics. La Follette would have been tirelessly leading the opposition to that destructive idea, which even the ACLU firmly opposes.

Bernie's hero, on his office wall, is Socialist Eugene V. Debs, imprisoned by Wilson but pardoned by Republican Harding. On my office wall, alongside Jefferson and Reagan, is a portrait of Republican Bob La Follette, and I'm not going to let the Socialists and Sanderistas steal it.

If Bernie really wants to be president, he needs to boldly, loudly and emphatically address the global climate crisis ["'Run, Bernie, Run,'" September 17]. We, the people, need to hear his plan for dethroning the wealthy from their power over politics. One thing he could do to start is to demand the end to taxpayers subsidizing fossil-fuel companies. The money could be spent instead on super-insulating all buildings in the U.S., which will reduce the buildings' carbon emissions by 80 to 90 percent — more than one-third of the country's total carbon emissions.

Bernie could demand all power be retrieved from natural and green sources by a certain year; science tells us that alternative energy sources can fuel the whole planet at present. Likewise, he can demand or advise the return of the wholly successful EV-1 auto to the market.

Without definite and radical plans spelled out for us people of heart and conscience, Bernie sounds a lot like the other capitalists running for office and ruining our planet. I vote for Liberty Union Party, Earth First and all people equally cared for.

Four hundred thousand people got together to save our planet at the People's Climate March in New York City on September 21 [Off Message: "Slideshow: Scenes from the Climate March," September 22]. One thousand Vermonters in 22 buses left before the crack of dawn to join the march, including Sen. Bernie Sanders. Unions were well represented in the march. According to NPR, "The demonstration ... was intended to turn up the heat on a UN process that's sometimes glacially slow."

If you didn't attend, here are some sound bites and visual impressions from the speakers and the posters the marchers carried. From the podium, an indigenous leader said, "The planet is in danger. We have to do something. Is President Obama doing enough? Not one of us is doing enough." It is as UN Secretary-General Ban Ki-moon said: "There is no plan B because we do not have planet B."

Pointing to the huge crowd, NYC Mayor Bill de Blasio declared, "This is what happens when people get together and ask for things." One of the speakers even called for grassroots action to overturn the Supreme Court's Citizens United decision. Another said, "The leaders of the world have to bear the pressure of collective action. People are more than ready."

The marchers' feelings were expressed on the posters they carried: "If the government won't do it, the people certainly will." "Youth demands climate change." "Tear Down That Wall Street." "No to dirty energy." "It is not the leaders who will change; unfortunately it has to be us."The people spoke on September 21.

I want to echo the sentiments in Sue Higby's letter to the editor [Feedback: "Planning for What?" September 17] as well as the sentiments of Steve Conant, Adam Brooks and Bruce Seifer as quoted in ["Burlington's Changing South End Looks Way Into Its Future," September 3]. While future planning for the South End is a great idea, I fear that Mayor Weinberger and company look upon the South End Arts District with dollar signs in their eyes. I urge caution regarding planBTV South End, as we all have seen places around the country and here in Vermont where the funk factor that draws people to an area like the SEAD is exactly what is at risk when development-minded folks descend. Affordable artist studios and office spaces need to be nurtured for the South End to continue to blossom with creativity and entrepreneurship. Due to the growth of large job creators like Dealer.com, we need to address parking as well. The greater Pine Street area is a vibrant working neighborhood.

As with any movement toward the future, it is best done while honoring the past. SEABA has supported art and business in the district for more than two decades, and I believe its members can help to lead a discussion toward a vision that keeps our creative economy in the forefront. My hope is that Burlington City Arts, as a citywide arts organization, will join this vision without falling prey to any agendas that run counter to a thriving arts district. This may be difficult given BCA's ties to city hall, but essential if we are to preserve all that the arts district has going for it.

Twenty years from now, we want to look back on this time as a beginning of more support of artists, entrepreneurs, musicians, performers and creators of all kinds from the city of Burlington — not the beginning of the loss of what has been in the works for more than 20 years.