Let's Talk About the Benders Band's 'Twice in a Blue Moon'

While digging around in some hard drives during the early days of the pandemic, the Benders Band's Jabe Bayer rediscovered a nearly completed album from 2004 that had never seen the light of day. Immediately, the band rallied to finish off the buried treasure.

But they didn't stop there. The Benders Band also wrote and recorded an entirely new LP while in individual quarantine. Together, the two recordings became the monstrous double album Twice in a Blue Moon, Volume 1 & Volume 2.

Seven Days' music writers had some thoughts about the new project, collected in the following free-flowing exchange.

KRISTEN RAVIN: We've all spent the past week or so absorbing Twice in a Blue Moon, Volume 1 & Volume 2. First, I want to note that I generally dig it. Second, it's a lot of material — 25 songs total. Maybe this says something about my attention span, but each volume felt like a long listen, let alone back-to-back. Do you think this is the kind of project that'll bring the Benders Band new fans, or is it more of a treat for the band and its diehards?

JORDAN ADAMS: I think with any comeback project, it's mostly a treat for long-standing fans, and any new listeners garnered are a nice bonus. But as a total newb when it comes to the Benders Band, and as someone who doesn't usually gravitate toward twang, I actually found the record quite stimulating.

I can't turn my brain off while listening to music quite the same way I can when I'm, say, watching a movie or reading, and my mind wandered to some interesting places. I found myself thinking a lot about past relationships with friends, family and lovers.

CHRIS FARNSWORTH: I can masquerade as a potential "new fan" in this situation. When I moved to Burlington in '01, I had a bluegrass blocker set up. Having previously lived in a North Carolina college town, the genre was as unavoidable at clubs as jam bands. So when I got here and saw Yonder Mountain String Band on the Higher Ground marquee, I doubled down: No hoedowns for this kid. 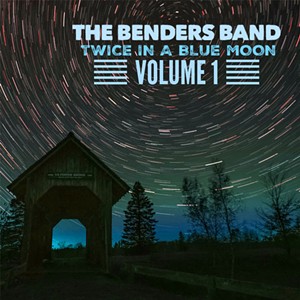 Volume 1 has thus far failed to convince me to change my stance. The music is nice. Bow Thayer and company can sure play. But there's nothing here that gives me a feeling of freshness. The fact that this record is ostensibly 16 years old is surely part of that, which might explain why I'm enjoying Volume 2 much more.

KR: I also avoided string bands for a while after living in West Virginia for a couple of years. But between reviewing new music by Adamant banjo player Kimberley McKee and Dorset roots duo Carling & Will, and now diving into the Benders Band, this is becoming my summer of strings — and it's totally welcome. There are only so many Mike WiLL Made-It bangers out there, you know?

Chis, I also prefer Volume 2, mostly because it has a harder edge, sound-wise. Perhaps Bow's punk-rock background is bleeding through.

One thing I noticed right away about Volume 2 is the apocalyptic song titles: "Sky Is Falling," "Dark Times" and the single "Lockdown Quarantine." Even if the tracks aren't explicitly about this shitshow of a year, they reflect a fatigued and concerned state of mind.

In fact, so do some of the cuts on Volume 1. It's interesting that, 16 years later, a song like "Polarized"is pretty darn relevant. My favorite line, presumably in reference to the Iraq War, is: "Trying to make sense of greed and war is like trying to nail Jell-O to a shithouse wall."

JA: I was just reading a Pitchfork essay — from nearly two years ago, mind you — about how pop music is sliding into a conceptual depression and that the biggest hits nowadays have a much darker tone than they did as few as 10 years ago. I think it's possible that all genres are following suit. Country music has always had a forlorn streak, but as you point out, Kristen, the Benders Band do seem to be acknowledging the flaming dumpster of life in 2020 on Volume 2.

I really like the line, "Who we gonna blame for it all when there's no one left to blame?" in "Sky Is Falling." At first it sounds like kind of a redundant nonsense phrase, but it's actually really telling of how people are hyper-focused on vilifying the "other" and frequently get sucked into a never-ending feedback loop of confirmation bias.

CF: I don't think we're imagining the darker tone of Volume 2, and there's a reason we're all gravitating toward it. It's not as if the writing or playing were significantly better or worse — the Benders Band are badasses, then and now. There's a sense of dread and good old-fashioned stiff-upper-lip-ism in the songs on Volume 2. I wonder, does that appeal to us more because we ourselves are grappling with all of, um, this? [Gestures vaguely toward everything.]

The first single, "Lockdown Quarantine," has this kind of gallows glee to it that resonated with me hard. Thayer's vocal is perfect, full of wry wit and an almost harried tone. Even "Shoeless in the Thorns" — which sports the kind of traditional bluegrass arrangement that almost made me forget I promised Kristen I wouldn't make any West Virginia jokes — carries a harder edge. When the band sings together, "I can't find my way back to you," I not only believe them, I feel loss myself. Christ, just writing this I sort of want to get drunk. Fucking bluegrass.

The Benders were kind of a big deal in their heyday. And the record is being received favorably now. So I'm curious what it feels like to old-school fans. From outside looking in, it feels 50 percent nostalgia trip, 50 percent slightly brave new world.

KR: Well, since I was a high schooler in Michigan during the band's heyday, I can only offer insight as a new listener. Where's that old man Dan Bolles when you need him?

[Editor's note: He was napping, but he can confirm from many late nights at the Burren in Somerville, Mass., in the early 2000s that the Benders were awesome.]

To Chris' point about a brave new world, I've been thinking about these records as a testament to the power and possibility of remote collaboration. In press for the Benders' 2002 self-titled release, some of the hype was around the fact that the guys recorded live, all gathered around a couple of mics. For Volume 2, they essentially did the opposite, writing and laying down their parts while scattered all over the country. 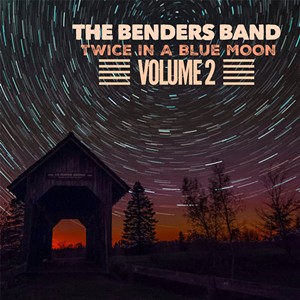 I think it's really exciting that our new remote work situations have opened the door to a new kind of teamwork. (We're doing it right now!) Do you both think anything is lost or gained from creating music over the internet instead of together in a room? Do you think the Benders Band did it well? What could other musicians take or leave from their example?

JA: The Benders Band are in a unique position to ponder that if they ever decide to make another album. Twice is essentially a diptych of the old way and the new. There's obviously immeasurable value to working together and recording as a group. Then there are records like the Postal Service's Give Up, a popular and influential LP that was famously recorded piecemeal by two people living far away from each other.

But who knows? Will some people be so scarred by the pandemic that they'll eliminate all "unnecessary" contact? I don't know about you two, but I've been getting a lot of grocery deliveries since March.

CF: Yeah, I had a panic attack the other day debating if I could go through the Wendy's drive-through as a reward for taking a COVID-19 test. I was too worked up to enjoy my Frosty!

I reviewed the Punky Brewskies' new record, Album Bomb, which James Kochalka and Jason Cooley recorded individually at their own studios. While I like to see musicians adapting to crazy circumstances, the practice, as Jordan noted, is far from uncommon.

Props to the Benders Band for pulling it off, though. It's a nice story, and for diehards I think the records will be a treat. For me, it's more like another curious relic of the darkest timeline we're all hanging out in.

KR: Yeah, the darkness is real, and in what every advertiser on the planet has dubbed "these uncertain times," the Benders Band bring a bit of comfort. For longtime fans, it's the fact that the guys are back together again, or at least "internet-ly reunited" as they put it on Facebook. For newbies like me, it's the timeless sound of roots-inspired American string music. Take me home, country roads.

This exchange has been edited and condensed for clarity and length.

Twice in a Blue Moon, Volume 1 & Volume 2 will be available Monday, August 3, on all major streaming platforms.

The original print version of this article was headlined "Talk It Out: The Benders Band | A discussion on double-album comeback Twice in a Blue Moon"