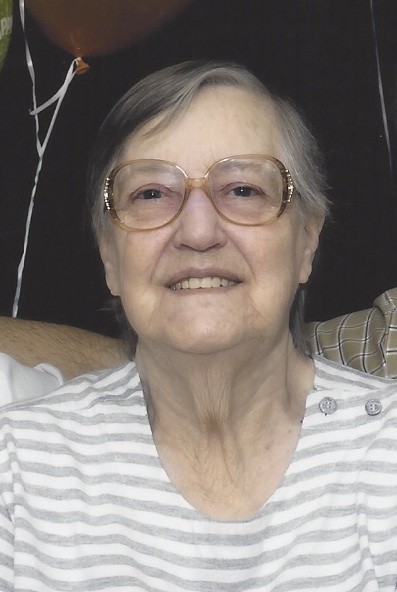 Leona was born in Burlington, VT on August 9, 1932, the daughter of James William Moody, Sr. and Rose Idola (Vezina) Moody.

Leona was educated within the Burlington School District. She was married in Port Henry, NY on May 23, 1951 to James Kirby, Sr., who predeceased her on March 28, 1991.

She was employed for many years at Forest Hills Factory Outlet, R.J. Reynolds, and Mazel’s Shoes. She was an avid fan of the Boston Red Sox and enjoyed crocheting, sewing, word search and making puzzles. In her later years, she mostly enjoyed being a caregiver to her family, especially her grandchildren and great-grandchildren.

Leona is survived by her daughter, Nancy Bushey and her husband, Ronald of Burlington; her son, James Kirby, Jr. and his wife, Francine of Milton; her grandchildren, Angela Bean and her husband, Jeff, and their children, Taylor, Noah, and Adam; Jessica Kelleher and her husband, Kevin, and their children, Tyler Bushey, Kiernan, Kaiden, and Kamden Kelleher; and Tanya Kirby and her fiancé, Jared Norris; her sisters, Doris Dame, Patricia Decarreau, Marilyn Conger (Bunny), and Susan Sabine; her brothers, James W. Moody, Jr., and Michael Moody; brother-in-law, Philip Couture; and many nieces and nephews.

Leona was predeceased by her parents; her daughter, Judy Wells; and her sisters, Dorothy Couture and Jacqueline Billings.

Funeral arrangements will be at the family’s discretion. There will be no visiting hours. Arrangements are with the LaVigne Funeral Home and Cremation Service, 132 Main St. in Winooski. In lieu of flowers, memorial contributions can be made in her great-grandsons honor to the Cystic Fibrosis Foundation, Northern New England Chapter, 114 Perimeter Rd. - Unit G & H, Nashua, NH 03063 or cff.org and Autism Speaks: autismspeaks.org.