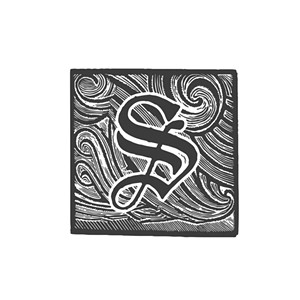 Is there such a thing as "health music"? If such a term hasn't already been coined, I'd like to take credit for it now, please and thanks. Health music, as I define it, is music created for and relating to humanity's physical and mental well-being. I suppose all music could be categorized in this way to some extent, but Leo From Vermont's Somnium is an explicit example of what I'm talking about.

Released via Duxbury experimental music label Nighterrands, Somnium is a four-track suite of avant-garde pieces relating to the human sleep cycle. As its creator (real name Leo Vecchione) explains in a lengthy album description on Bandcamp, "Sleep is one of the most important components of mental health, and the disorders of sleep often are prelude and epilogue to events of mental illness." As someone who has endured his own share of sleep disorders and mental health issues, I can say confidently that this is true.

"Living through prolonged events of sleep disturbance can be akin to living in a lucid dream, or an unending waking nightmare depending on circumstance," Vecchione continues. The ethereal LP, which comes to life vividly on wax, seems to idealize and crystallize the four stages of sleep, with each track pertaining to a particular stage in the order in which we (unconsciously) experience them. The sample-based compositions rectify those "unending waking nightmares," streamlining a precarious biological system.

The first three tracks, "I," "II" and "III," appear on side A of the vinyl version. On the digital version, they're presented as a continuous, almost 15-minute track. "IV," also nearly 15 minutes long, takes up the entirety of the B side and is a stand-alone piece digitally.

The first stage, "I," which represents the drifting-off stage of the sleep cycle, begins with a French spoken-word sample that buckles with reverb. A meditative tone eclipses it and spreads across octaves, bathed in a gray hiss. A searing, animalistic cry moves in, oscillating atop the sound collage.

"II," the stage in which muscles relax and brain activity loosens, is marked by heavy tones and sonar pulse fissures. "III," deep sleep, relaxes into an acoustic loop, like a rustic folk album forever stuck on its initial chord.

Piano-based "IV," which portrays REM sleep, trembles with apprehension and scurrying activity. It's the subtlest track of the group, employing piano through airy trills and as a dampened foundational base.

A striking assessment of one of the most romanticized bodily functions, Somnium can be taken as pure ambience or as conversation starter. It succeeds greatly at both.

Somnium is available at nighterrands.bandcamp.com.