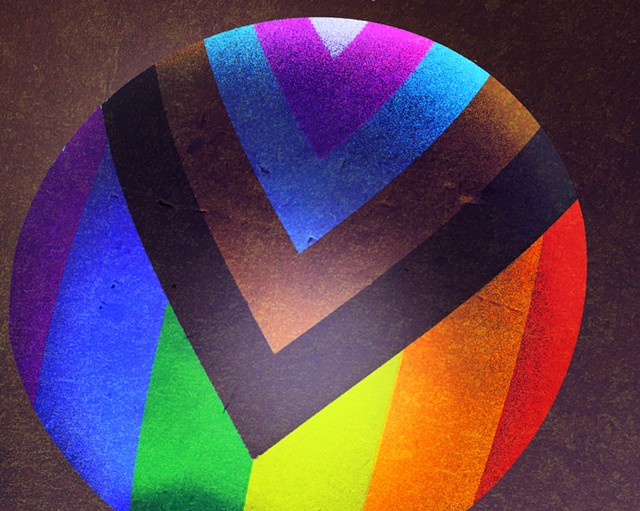 The Vermont House and Senate adopted a joint resolution supporting transgender youth and their parents who seek medical care for the treatment of gender dysphoria, a clinically recognized condition in which a person experiences distress because their gender identity differs from their sex assigned at birth.


J.R.S.53, which the Senate passed last Friday and the House passed on Tuesday, states that "patients, their parents, and their health care providers should decide what medical care is appropriate for a patient in accordance with current medical best practices, not politicians."

It cites local medical associations — including the Vermont Chapter of the American Academy of Pediatrics, the University of Vermont Children’s Hospital, the Vermont Medical Society and the Vermont Psychiatric Association — for providing best practice medical care for transgender youth. Furthermore, the resolution asserts that failing to provide medical care and support to transgender youth "has been shown to contribute to depression, social isolation, self-hatred, risk of self-harm and suicidal behavior."

"Vermont recognizes the importance of letting transgender youth know that they are seen and valued for who they are, protected from stigmatizing policies that jeopardize their health and well-being, and supported by a community that wants to see them thrive," the resolution states.

The public statement of support comes as other Republican-led states have introduced or passed legislation to restrict the rights of LGBTQ youth. Last year, Tennessee and Arkansas passed laws banning gender-affirming treatment, such as hormone therapy, to those under the age of 18.


In February, Texas Gov. Greg Abbott made headlines when he directed the state's Department of Family and Protective Services to investigate gender-affirming care for children as possible child abuse.

'It's a Really Tough Time': Vandal Throws Rock Through Front Door of Pride Center
By Derek Brouwer
News
The Vermont resolution "condemns the actions of states to ban best practice medical care for transgender youth and prosecute parents for seeking such essential care for their children" and further commits to ensuring that "transgender youth and their families are safe in Vermont to make the best medical care decisions for themselves in consultation with their health care providers." The resolution calls for the Vermont Secretary of State to send a copy to the U.S. Department of Health and Human Services, as well as Vermont's federal delegation — Sens. Patrick Leahy (D-Vt.) and Bernie Sanders (I-Vt.), and Rep. Peter Welch (D-Vt.).

The resolution's passage comes after a tough month for LGBTQ Vermonters. A transgender woman was killed in Morristown on April 12. Around that same time, the Vermont GOP was attacking Democratic and Progressive lawmakers for sponsoring a bill, H.659, that would have allowed trans and nonbinary youth to receive gender-affirming treatment such as hormone blockers without parental consent. The bill went nowhere this session, which is expected to wrap up this week.

The Burlington School District and staff were also harassed after a Fox News segment focused on school-sponsored virtual workshops about gender identity. Days later, someone threw a piece of concrete through the glass front door on the Burlington-based Pride Center of Vermont.

"Today, by approving this resolution, the Vermont Senate is affirming the dignity of transgender youth and their right to access medically necessary, life-saving health care," Hardy said. "We are also standing with parents who are trying to do what is best for their children to get them the care that they need to be healthy in their bodies and in this world."

Senate President Pro Tempore Becca Balint (D-Windham), who is gay and sponsored the resolution, also addressed fellow senators. When she was growing up, Balint said, "there was no LGBTQ community; it was just the gay community." Balint said she knew several people growing up who identified as gay, but ultimately realized they were transgender men.

"They were struggling mightily in their teens and twenties, with substance use, with depression, felt completely and totally unseen," Balint said. "So to be here today ... and know that we can say affirmatively, 'We understand the importance of supporting people in being ... who they are,' is a huge step forward that I never thought I would see in my lifetime."

"I voted yes today to underscore my unwavering commitment to support trans, nonbinary and gender queer youth, as well as highlighting the importance and life-saving impacts of supportive families for LGBTQ youth nationwide," Small said.

"I've seen it play out when youth are unable to have their gender and identity affirmed," Vyhovsky said. "I've seen the heartbroken, despair-filled spaces of the young people trying only to live authentically as themselves, and I know that strengthening our support of transgender youth with save lives."