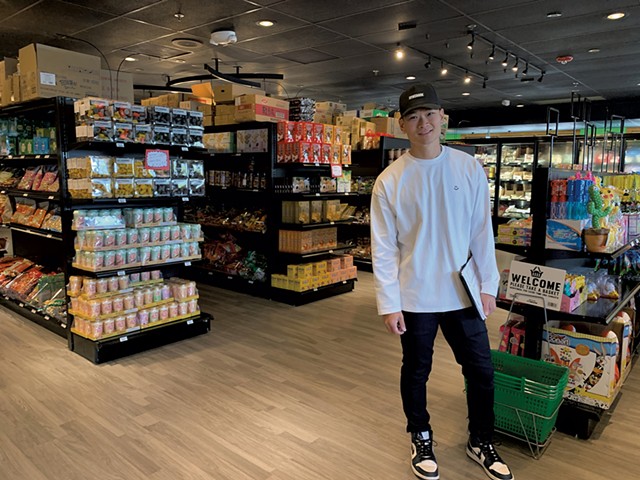 A large Asian grocery store opened on September 18 in the Blue Mall at 150 Dorset Street in South Burlington. Lee's Asian Mart occupies the renovated, 7,000-square-foot space that was most recently Vermont's sole Outback Steakhouse, which closed in May 2020.

Open daily from 10:30 a.m. to 8 p.m., the market offers produce such as fresh (not dried) dates and lychees; frozen prepared foods and ingredients, from fish balls to boneless chicken feet; refrigerated items such as kimchi and salted duck eggs; and packaged goods and snacks, including rice, bottled sauces, and KitKats flavored with strawberry or green tea.

The new store is named for its owners, the Li family, said Michael Li, 32. For non-Chinese speakers, he said, "Lee is easier to pronounce." 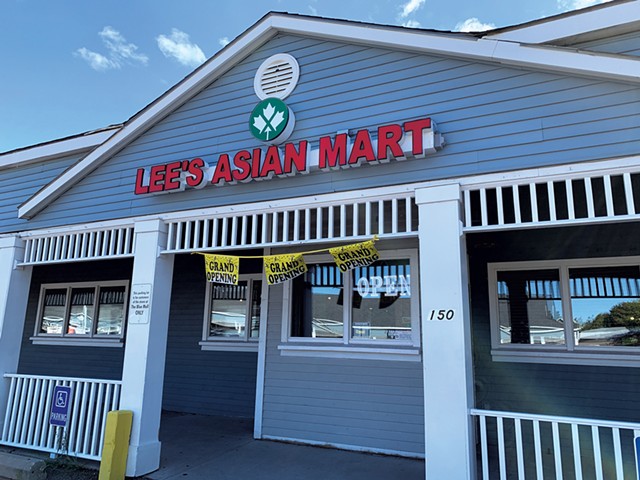 Li was born in the province of Fujian on the southeastern coast of China, but his family moved to the U.S. when he was very young. He said his father, Deyong Li, has run Chinese restaurants in New Hampshire and Vermont for more than two decades. The family has lived in Vermont for 14 years and owned restaurants in Derby, Morrisville and St. Albans, where they still own Lucky Buffet.

The specialty grocery business is a new sector for the family, Li said: "We have seen that sometimes people want to learn how to cook on their own." Having cooked in the family's restaurants since he was a teenager, Li said, "I know most of the stuff and how it works. I try to be here and spend time to explain."

The family is working with seven or eight distributors to stock shelves, freezers and coolers. "We don't want to do a small Asian grocery store," Li said.