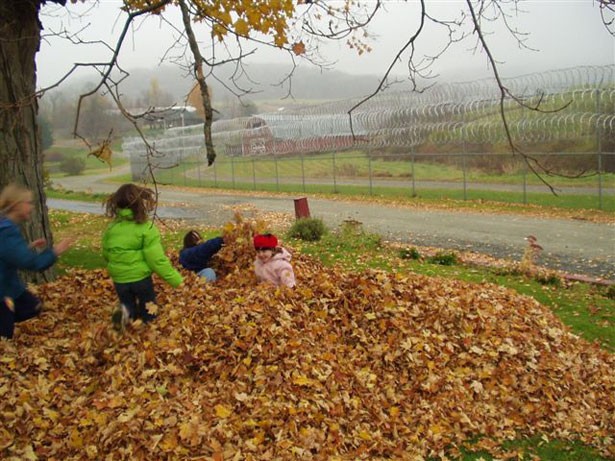 In one case, police arrested a local drug dealer and led him away in handcuffs as his two young daughters watched. In another, a single mother was busted on a parole violation and taken into custody while her toddler was left sleeping in another room. In a third case, police officers raided a house and ordered all occupants, including the children, to lay face down on the floor while the place was searched for suspected weapons.

Such incidents are far from common in Vermont, but child-welfare advocates say they're not unheard of, either. In recent years, law enforcement agencies have become increasingly sensitive to the impact an arrest can have on an offender's family, especially the children. A new bill, H.736, sponsored by Rep. Jason Lorber (D-Burlington) and due to be voted on by the House of Representatives later this week, would require lawmakers to begin a comprehensive study of this young, vulnerable and largely invisible population.

Vermont currently has no mandatory training or statewide protocols that address how police deal with children at the time of a parent's arrest. But Lorber's bill, one of four such pieces of pending legislation, would mandate a study of prevailing practices around the state.

In the broader sense, little is known about the thousands of minors whose parents come under the control of Vermont's criminal justice system. Tara Graham, director of the "Kids-A-Part Program" of the Vermont Children's Aid Society, a program that helps the children of jailed parents, says an estimated 4500 Vermont kids are separated from a parent or guardian each year due to incarceration.

Those numbers have risen dramatically, Graham says, as the population of women behind bars has more than doubled over the last decade. Last year, about 80 percent of the women in Vermont's prisons were mothers; three out of four of them were the primary caregiver at the time of their arrest.

No one has comparable figures for Vermont's 2100 or so male inmates, because the Department of Corrections doesn't compile those statistics. But if Vermont's prison population reflects the national average, about 55 percent of male inmates have children. How many fathers are housed at out-of-state facilities is yet another unknown, although child-welfare experts suspect that few of them see their kids on a regular basis, if ever, due to the travel and expense involved.

Only slightly better understood are the effects that a parent's incarceration can have on the children themselves. As Graham explains, kids whose parents are locked up are at greater risk than their peers for juvenile delinquency, depression, drug and alcohol abuse, poverty, and even their own incarceration later in life. Anecdotally, these children also shoulder the tremendous burden of shame, guilt, isolation and fear about their parents' confinement.

Child-welfare experts say that building strong familial bonds while a parent is locked up and/or providing adult mentors to those youngsters, can benefit children, parents and society alike.

Andrea Torello is executive director of Mobius, The Mentoring Movement, an umbrella organization that supports adult-to-child mentoring programs in Chittenden County. Last fall, Mobius was awarded a $99,000 grant from the U.S. Department of Health and Human Services to encourage more mentoring programs for the state's at-risk youths - among them, children whose parents are locked up. Even a modest investment of time and money in these kids can have huge pay-offs, Torello contends.

"Prisoners who have consistent contact with their children are more likely to be released and not re-offend," she says. "So, these family ties are extremely important, to the prisoner as well as the children."

Sharon Baade, CEO of the Girl Scout Council of Vermont, oversees "Girl Scouts Beyond Bars," another program that tries to maintain the family ties between girls and their jailed moms. The program, which began four years ago, brings girls into the Southeast State Correctional Facility in Windsor about once a month. There, the mothers learn valuable parenting and leadership skills, while their daughters get to spend time with their moms and learn how to better cope with their separation.

Baade says that one of the initial benefits of the program is to dispel many of the common fears and misconceptions girls have about the conditions of their mothers' confinement. "When they arrive at the facility in Windsor for the first time and take one look at the fence and the barbed wire, they burst into tears," Baade recalls. "They just can't stand the idea that that's where their mothers are." One girl thought her mother was kept in a cage.

After the initial shock of prison wears off, Baade says the girls often forge a much better parental relationship than they had prior to their mother's confinement, in large part because the women are free from the distractions that plagued them on the outside, such as drugs, alcohol or money troubles. "I really see the girls come out of their shell," Baade says. "They appear to have more confidence and seem much more sure of themselves."

The same is true for the inmates themselves, observes Joan Kersey, a volunteer services coordinator at the women's facility in Windsor. Kersey says she's been strongly encouraged by the success of Girl Scouts Beyond Bars and ticks off a list of other benefits she's observed, including fewer behavioral problems among the women inmates, greater motivation to prepare for life on the outside and a desire to "break the cycle" of children  following in their parent's troubled footsteps.

Graham, of the Children's Aid Society, says that in one respect, Vermont is at the forefront of a movement to address the needs of children with incarcerated parents. Thus far, very few states have followed Vermont's lead by taking a comprehensive look at the needs of these children, or done much to ensure their rights. (One bill, which is unlikely to move this session, would establish a "bill of rights" for children of incarcerated parents.)

"We've criminalized so many things in our society, like mental illness and substance abuse," Graham notes. "But no one has considered what the implications are for children and families."

Vermont still has some catching up to do, however. For example, only a smaller fraction (13 percent) of offenders' children in Vermont are in foster care, which child-welfare experts say is a good thing. That said, while most of those kids live with a family member - typically a grandparent, aunt or uncle - Vermont offers these surrogate parents little in the way of financial support or other services.

Moreover, until Vermont closes the gender gap between what it knows about its male inmates versus its female ones, advocates say it's nearly impossible to address those prisoners' needs - or those of their children.

"If you keep people incarcerated, make them bitter, keep them far away from their families and don't give them anything to do when they get out, it doesn't serve any purpose," notes Kersey at Southeast State. "The name is 'correctional.' If there's no 'correction,' what have you got? Nothing."