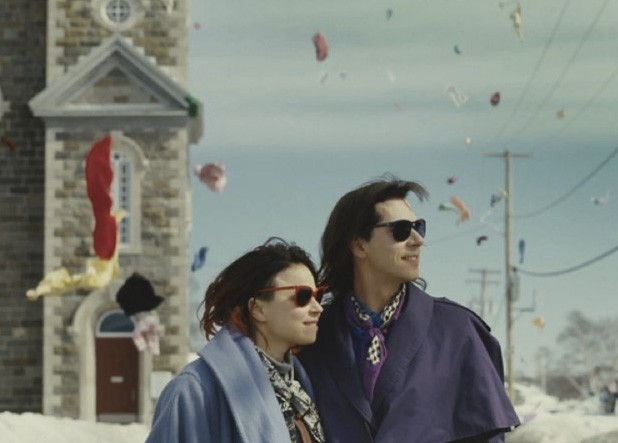 You may not have heard of Xavier Dolan, but you should have. He’s a Québécois filmmaker who looks like the young Johnny Depp, and the first three movies he directed premiered at Cannes. His fourth won a prize at the Venice International Film Festival and played last week at Montréal’s Festival du Nouveau Cinéma. He’s 24.

Dolan’s movies may be subtitled, but they’re highly accessible. “For me, there is no such thing as auteur movies … in opposition to commercial cinema,” Dolan recently told the Montréal Gazette. His first three films are all love stories with lively, literate scripts and arresting visuals. His characters are gay, straight, bi and trans people with messy, individual feelings. Their stories cover complex emotional territory, but Dolan’s filmmaking pulsates with color, and he isn’t above indulging in music-video fluff. Check out I Killed My Mother and Heartbeats (both on video and Netflix Instant), and you may be reminded of Almodóvar.

Laurence Anyways, which plays this week at the Vermont International Film Festival, is Dolan’s third and most ambitious movie. At nearly three hours, it’s far longer than it needs to be. But it’s still an absorbing chronicle of a romance in which one partner happens to be transsexual.

Laurence (Melvil Poupaud), a writer and schoolteacher, bears a name that is conveniently unisex in French — hence the film’s title. After a few years of happy cohabitation with Fred (full name Frédérique; played by Suzanne Clément), Laurence informs her he wants to become a woman. He isn’t gay, he assures her. He still loves women. He still loves her.

Dolan has set this scene in 1989, when Laurence’s announcement would have been considerably more radical than today. Fred, punk styled and independent minded, resolves to take her lover’s transformation in stride. But the adjustment proves more difficult than she anticipates. We watch the couple’s relationship evolve in the ’90s through breakups, makeups and bittersweet moments of emotional confusion.

Dolan keeps the focus on the characters’ states of mind, all but dodging mention of technical details such as hormones or surgery. In certain scenes, the filmmaker lets those states of mind take over the screen, concretizing them in images such as the shower of icy water that drenches Fred as she experiences remorse. Kitchen-sink realism periodically gives way to such interludes verging on surrealism or a musical number. The period setting — which otherwise seems unmotivated — gives Dolan opportunities for flamboyant, evocative costuming and set design, which he uses to keep us focused even when the relationship talk becomes a bit of a slog.

If Poupaud’s Laurence is something of a remote intellectual, male or female — the type of person who discusses sexuality in terms like “marginal” and “other” — the film’s fiercer women make up for it. Clément is a firebrand, especially in the scene where Fred confronts the strangers who regularly gawk at her and a transitioning Laurence. Equally striking is veteran French actress Nathalie Baye as Laurence’s mother, who’s been through her share of upheavals and greets the sex change with a shrug.

Can romantic love survive such a transformation? Are physical restrictions and cultural norms less powerful than the mysterious gravity that connects two people? Dolan never quite answers that question, but he poses it with flair. The young filmmaker’s next movie is a thriller, and I’m more than ready to watch his own transformations unfold.

"Laurence Anyways" will be screened on Thursday, October 17, at 7:45 p.m.; and on Saturday, October 19, at noon, at the Main Street Landing Black Box Theatre in Burlington. $10. Buy tickets at vtiff.org.