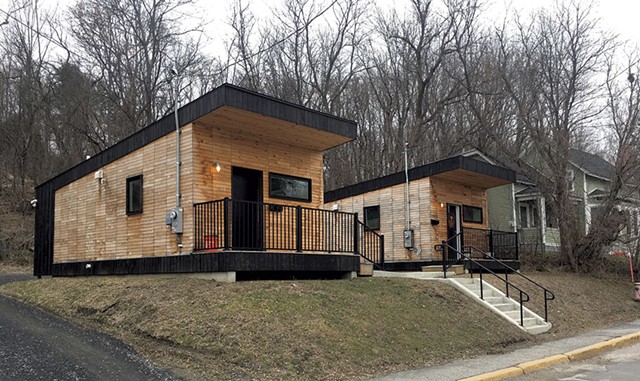 The Lift House is one of two tiny homes built by Norwich University students last year. Just 360 square feet each, the homes are designed to help people living with mental illness transition out of homelessness. The Lift House's name nods to the concept of lifting people out of difficult situations.

Last month, the Vermont chapter of the American Institute of Architects bestowed one of its Honor Awards on the Norwich School of Architecture and on professors Tolya Stonorov and Danny Sagan for the Lift House. The judges noted that the two homes "promote both contemporary and authentic architectural values ... on a vacant lot once inhabited by blighted, deteriorating housing."

To Stonorov, the projects were an extension of the values she brings to her own architectural practice and to her work at Norwich University.

"The school is passionate about helping create architecture for social justice," she said. "That's something that I think is the responsibility of a university: to help communities."

The homes were built on land donated by former Barre mayor Thom Lauzon. Downstreet Housing & Community Development, a nonprofit that provides affordable housing, home repair loans and other financial assistance in central Vermont, is using them to house clients who cannot be successful living in congregate housing, such as a shelter. The residents are clients of Washington County Mental Health Services.

"They don't need a 1,000-square-foot apartment," Cara Hansen, Downstreet's communications manager, said of the residents. "They just need a place to live, and they need privacy."

The tiny homes offer plenty of room, Stonorov said: "There is a nice-sized kitchen and really decent-sized bathroom and bedroom and a good living space. If you go into the houses we have designed, they are pretty generous."

The two homes are located next to another, larger home occupied by former clients of Washington County Mental Health Services who are available to serve as mentors to the people who live in the tiny homes, Hansen said.

She added, "It definitely fills a need that was not being met before." 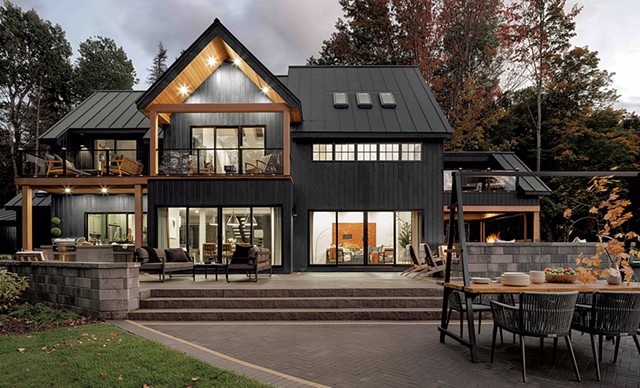 Is your dream home a 3,000-square-foot luxury cabin in the Mad River Valley, complete with a fire pit, outdoor kitchen and heated in-ground pool? Join the club ... of people vying for the latest HGTV Dream Home.

Every year, the cable network runs a home sweepstakes, and this year's Dream Home is a newly built and fully furnished three-bedroom house in Warren. The prize also includes a 2022 Jeep Grand Wagoneer and $250,000 from Rocket Mortgage. Entries to win the prize package, worth more than $2.4 million, are being accepted until February 17 at hgtv.com. Hey, it never hurts to dream big!

"It's been nuts for two years; it's like a feeding frenzy." Betsy Franzoni of Franzoni Real Estate in Rutland tweet this

With Vermont's limited housing supply and surplus of buyers, Franzoni has helped her clients navigate prolonged bidding wars in the past few years.

One young couple that hired Franzoni put in six offers over the asking price for homes in the Rutland area. The seventh time, they were successful — in the sense that they ended up with a roof over their heads.

"It wasn't really the kind of house they wanted, but they are fixing it up to meet their standards," Franzoni said.

Renters are also struggling with the lack of inventory; Franzoni said she gets three or four calls a week from people asking whether she knows of anything available. And she's spoken to a few who have turned down job offers in the area because they couldn't find a place to live.

"It's tough out there," Franzoni said. "It's a sad situation."

Vacant lots, abandoned buildings, empty office spaces — the Vermont chapter of the American Institute of Architects wants to help turn these and other underused places into affordable housing solutions.

In response to the state's housing crisis, AIA Vermont recently formed an affordable housing committee. "One of the main questions we asked ourselves was, 'What can architects do to help with this enormous issue?'" executive director Sara O Donnell said.

One answer: a design charette to help developers, groups and towns that have housing projects in mind and would like some pro bono design input.

The chapter is currently soliciting applications for just such an event. Select projects will be discussed during a participatory planning process at Vermont Technical College in Randolph on March 25.

While this event is free, O Donnell pointed out that an architect's input generally won't make a project more expensive.

"Often, when working with an architect, especially on bigger projects, it saves money in the long run by making the building run more efficiently and using space better," she said.

AIA is accepting applications until January 24 at aiavt.org.

The amount of state and federal money the Vermont Housing & Conservation Board has available for developers to use over the next two years to create and rehabilitate housing around the state.

The number of mobile home parks registered in Vermont in 2021. An important source of moderately priced housing in Vermont, mobile homes located in parks make up about 7 percent of the housing stock. In 2021, the median monthly lot rent for a mobile home was $360 — an increase of about $5 from 2020. Almost 90 percent of mobile homes are owner-occupied.

The median price a house in Chittenden County sold for in December 2021. That's 8.8 percent higher than the year before, when the median price was $410,000. 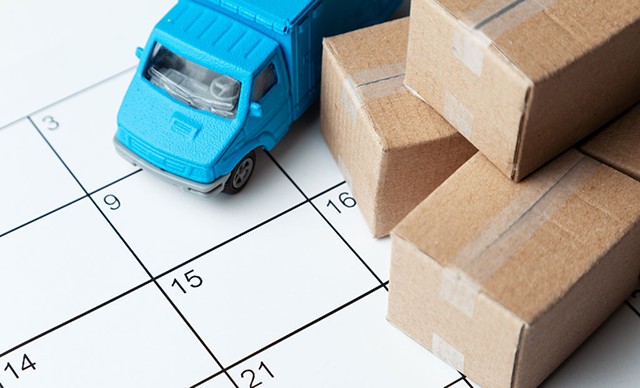 Anecdotal evidence suggests some pandemic-related population changes in Vermont — but there's no decisive information yet about who has moved where, and for how long.

National moving company United Van Lines, which conducts an annual survey, has its own take on the matter: It reported that, based on van rentals, Vermont experienced the highest percentage of inbound migration in the country last year. The data revealed that 74 percent of the Vermont-related van rentals were for moves into the state.

As for the state with the most outbound moves: That would be New Jersey, where 71 percent of the van rentals were used for relocation to somewhere else. Possibly Vermont?