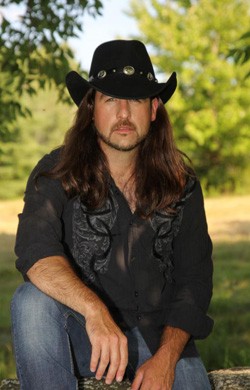 The big to-do on the local-music tip this weekend is undoubtedly the seventh annual Lake Champlain Maritime Festival, which sets sail at points all along the Burlington waterfront this Thursday, August 15, and runs through Sunday, August 18. Anchoring this year’s festivities are the Black Crowes who are … well, they’re the fucking Black Crowes. Do you really need me to convince you to check them out? Didn’t think so.

For the purposes of this column, I’m more concerned with hipping you to the wealth of free, local music on offer during the day throughout the weekend on the festival’s various stages. After all, the LCMF was recently named a “Top 100 North American Event” by the American Bus Association, so it’s kind of a big deal. Also, this just in: There is something called the American Bus Association. Suck on that, Canadian buses.

Anyhoo, let’s break it down day by day, shall we?

Things kick off Thursday at Breakwater Café with “A Night of Awareness,” which is part of something called Non-Profit Palooza. The concert features music from the Aerolites, Andy Lugo and a few other special guests who appeared on the recently released COTS benefit CD, Harmonies for Humanity, Vol. 1.

On Friday, August 16, the bulk of LCMF’s Free Concert Series gets under way on two stages. On the Festival Stage at Waterfront Park, folk rock rules the day, highlighted by appearances from Mike Colbourn, the Adam Ezra Band, Patrick Fitzsimmons and Aaron Flinn’s Salad Days. Meanwhile, on the nearby Great Lawn Stage, catch up with our old pal Gregory Douglass, who headlines a lineup that also includes songwriters Joshua Glass, Sarah Stickle and Claudia VArona, among others.

Things get a little louder on Saturday, August 17. On the Festie Stage, tune in to sets from Swale, John Fries Band, Michelle Sarah Band, Josh Panda and Crazyhearse — the last of whom boast one of my all-time favorite local band names.

If you’re only going to make one day of the LCMF, I’d suggest it be Sunday, which looks to be the most star-studded of the bunch. The Festival Stage alone features five of my personal favorite local acts, including Hall & Oates acolytes Teleport, the Blim-Blams — led by the criminally underrated Ryan Ober — and a pair of local surf-rock bands: VT surf godfathers Barbacoa and the newest shake-and-stomp entrant, the High Breaks. (See the story on local surf bands on page 66.) Also on the bill are swampy tonkers Monoprix. But, as my brother is that band’s bassist, you didn’t hear that from me.

Over on the Great Lawn Stage, it’s still more acoustic fare, with appearances by Justin Levinson, Brett Hughes and Toni Caitlin, Steve Hartmann and several others.

For set times and more general info about the LCMF, visit lcmf.org.

The LCMF ain’t the only interesting music festival this weekend. The annual Peacham Acoustic Music Festival is set for Friday, August 16, and Saturday, August 17, at locations around … Peacham. As always, the two-day fest features a wide array of workshops, dances and family-friendly activities, as well as some great music. This year’s lineup is highlighted by the likes of Atlantic Crossing, Bob Amos & Catamount Crossing, Annie and the Hedonists and Grammy-nominated blues masters Matthew Skoller and Bill Sims Jr. Check out pamfest.com for the full schedule and list of performers.

Meanwhile, in Vergennes, the Basin Harbor Club is hosting the BBQ Bonanza this Saturday, August 17. The daylong fest will feature an, um, bonanza of BBQ, beer and bands. Bitchin’! Said bands include the DuPont Brothers, Patrick Fitzsimmons, Session Americana, Aaron Flinn and Waylon Speed. Check out basinharbor.com for full details.

Speaking of duos, it’s been a while since we’ve heard from denim-clad Canadian country stars Kyle the Rider, who have seemingly disappeared under mysterious circumstances — and are definitely not Lendway’s Michael Clifford and Matt Hagen dressed in Canadian tuxedos playing bizarre country songs. That’s because Hagen and Clifford are MudBuck, Vermont’s foremost Kyle the Rider tribute band. We think. Here’s the conundrum, as Hagen put it in a recent email: “MudBuck could very well be Kyle the Rider posing as “Matt and Mike” in order to stay incognito, but who are actually covering themselves just because they need some cash and don’t want their whereabouts known.” Got it? Me neither. I suspect all will be revealed when MudBuck play Red Square this Friday, August 16. Or not.

Guitar geeks, rejoice! This Saturday, August 17, Shelburne Pond Studios is hosting a guitar show and exhibition featuring three of the area’s premier guitar builders, all of whom take markedly different approaches to the instrument. On display will be souped-up axes built by Hyde Baker of Blue Belly Guitars, acoustic guitars and banjos from Adam Buchwald of Circle Strings and a slew of custom electric guitars from Creston Lea of Creston Electric Instruments. Oh, yeah, also appearing are Waylon Speed, who collectively play four Creston guitars and one Blue Belly. How’s that for locavore?

In media news, congrats to local independent FM radio station 104.7 FM the Point, which won Station of the Year honors at the Triple A Music Conference in Boulder, Colo., last weekend. That’s doubly cool since it’s the first time the station has snagged that award since longtime local radio DJ Mike Luoma took over as the station’s music director.

In 2007, local guitarist Jason Pratt, a fixture in Montpelier’s hardcore scene in the 1990s and later a member of DysFunkShun as well as the sound guy at 242 Main in Burlington, was diagnosed with multiple sclerosis. During his past five years of treatment, he’s continued to play, in spite of his debilitating disease. But those treatments, coupled with endless battles with insurance companies over coverage, have left Pratt in a financial hole. So his old friends are throwing a benefit bash this Saturday, August 17, at Positive Pie 2 in Montpelier. A monster jam session will include players from D’Moja, Movement of the People and DysFunkShun, and there will be appearances by the House Band, DJ Don P, Tom Banjo’s Cranky Show and the Azarians.

Last but not least, the second annual “O” Show Memorial Jam and Benefit Concert is slated for this Saturday, August 17, at the Abbey Pavilion in Sheldon. The concert, which features “The Voice” contestant Jay Taylor, Nashville guitarist Forrest Lee Jr. and Vermont country band Dark Horse, is a benefit for Donate for Life VT and a memorial tribute to late Missisquoi Valley Union High School music teacher Brooke Ostrander, who died of cancer in 2011. Here’s a neat note about Ostrander: Among many other interesting life turns, he was a founding member and keyboardist of the band Wicked Lester, a NYC-based rock band active in the early 1970s that included a couple of guys named Gene Klein and Stanley Eisen. After Ostrander left Wicked Lester in 1972, Klein and Eisen would change their names to Gene Simmons and Paul Stanley, respectively. Maybe you’ve heard of them? (Hint: They founded Kiss.) For more info on the show, check out memorialshow.com.