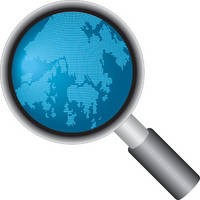 VERMONT — One of the pillars of the Douglas administration’s economic development strategy turns out to be made of cardboard. Rather than generating abundant opportunities for Vermont workers, the state’s plunge into the global marketplace is resulting in extensive loss of livelihoods.

Free-trade agreements cost Vermont nearly 1700 jobs in the past three years, the state Labor Department reported last week. And there’s more: The business sectors that account for nearly all of Vermont’s exports suffered a combined loss of about 9000 jobs between 2000 and 2005. That means one of every five Vermonters employed by export-oriented companies was thrown out of work as the state got pounded by the forces of globalization.

These figures were requested by the Vermont Commission on International Trade and State Sovereignty — three months ago. The Douglas administration delayed release of the damning data until the state legislature had adjourned in order to avert a political firestorm, suggests Dan Brush, a trade union leader who serves on the commission.

Chittenden County State Sen. Ginny Lyons, the commission’s co-chair, says she’s “astounded” by the findings. “We’ve heard so much from the business community that international trade is going to save Vermont’s economy,” Lyons observes. “But we’re seeing the opposite.”

The data on trade-related job losses indicates that Gov. James Douglas’ planned prospecting trip to China next month will be “a waste of time and resources,” Brush declares. He finds it “outrageous,” he adds, that the Vermont Chamber of Commerce has been operating a trade-development office in Shanghai for the past three years.

“It’d be a lot better if we worked on establishing a strong creative economy in Vermont instead of spending money on international trips when it’s proven that international trade is very whimsical,” Brush continues.

Other players and analysts are skeptical of the Labor Department’s numbers.

Chris Barbieri, director of the state chamber’s Shanghai office, says Vermont has no choice but to participate in the global economy. “That train left the station some years ago,” Barbieri remarks. “And I’m glad we were on it when it left.”

Barbieri says that in maintaining a trade-promotion office in China, Vermont companies are making a modest investment — much less than $200,000 a year — that could yield big dividends. But the head of the chamber’s Asia division says he has no statistics on job gains in Vermont attributable to his networking efforts in Shanghai.

“I don’t make the sale,” explains Barbieri, who lived in China for most of the past three years but now spends three-quarters of his time in Vermont. “We set up the environment so others can make the sale. And private businesses don’t usually reveal how well they do in overseas markets.”

Short-term job losses should not lead to “absolute conclusions” about Vermont’s export opportunities, Barbieri adds. “You’ve got to look at it over the long haul in assessing exports and jobs.”

Today, the paychecks of about 78,000 Vermont workers are drawn to at least a small degree on their companies’ involvement in foreign trade, Barbieri says. He acknowledges, however, that a single company — IBM — accounts for roughly 80 percent of Vermont’s export-linked economic activity.

Doug Hoffer, an economic consultant who conducts studies for the Peace and Justice Center, agrees that international trade does provide good jobs for some Vermonters. Legislator Lyons holds that view as well, noting that Douglas’ efforts to capitalize on China’s growing investments in environmental-engineering technology “could prove very lucrative for a few Vermonters.” But, she points out, Vermont firms that land clean-up contracts in China will most likely hire Chinese workers, producing few or no employment opportunities back home.

Hoffer says he’s not surprised by the data on job losses, because the increased mobility of capital allows corporations to fatten revenues and trim expenditures by shifting production to low-wage countries. Despite all the attendant risks and shortcomings, “I’m not suggesting that Vermont companies shouldn’t trade,” Hoffer says. But he warns that the state “should be prepared for the downs as well as the ups of the global market, and there’s a lot of downs.”

Vermont officials and business leaders should respond to these dynamics with eyes wide open, Hoffer advises. “This state accounts for 0.2 percent of the U.S. economy, and every other state is trying to do the same thing we are by looking for trade opportunities in huge markets like China. Imagining we’re somehow positioned to do a lot in China is just ludicrous.”

Hoffer emphasizes that the Douglas administration must also “stop giving away our sovereignty. The free-trade agreements that the governor has made Vermont a party to are making it harder to use tools to develop our own economy.”

Lyons points out that free-trade agreements such as NAFTA make Vermont potentially vulnerable to rulings that would prevent it from favoring local companies when making state purchasing decisions. “All it would take is an objection from another nation saying we’re giving preferential treatment to a Vermont company. We’d then have to open up to purchasing from companies in other countries,” she says.

“That hasn’t happened yet,” Lyons adds, “and it may never happen.”

But to better safeguard Vermont’s economic assets, Lyons wants the legislature to have an equal say to the governor in deciding whether the state should enter into free-trade agreements. The commission she co-chairs will most likely push for such a sharing of responsibility, Lyons indicates.