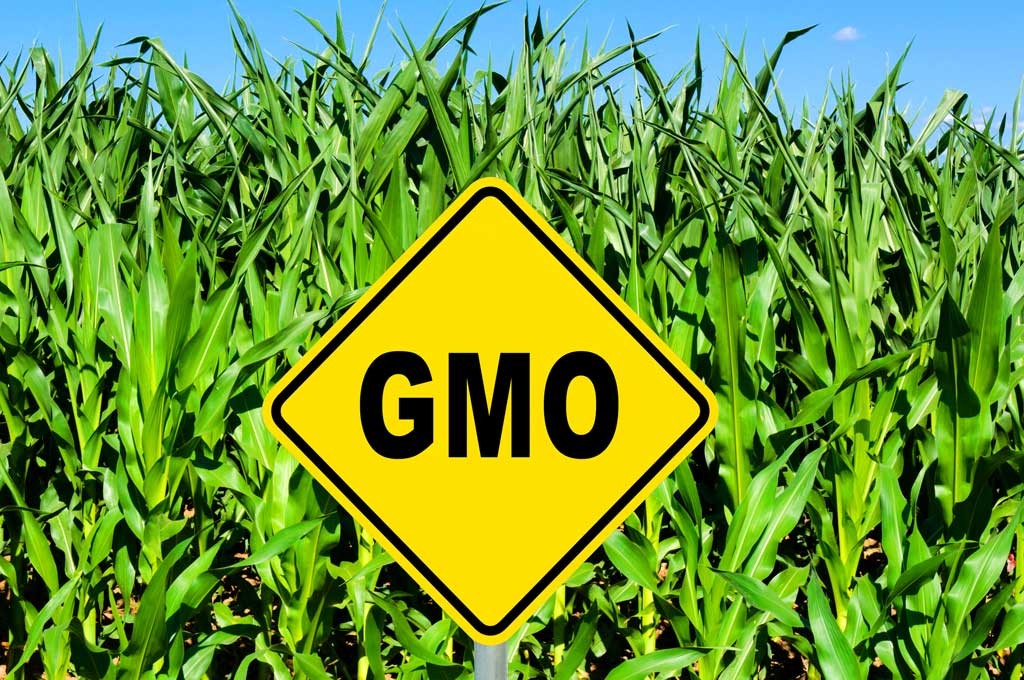 Since he was first elected to the Vermont House nearly 18 years ago, Hinesburg farmer David Zuckerman has fought a mostly losing battle against the spread of genetically engineered food. Now a member of the Vermont Senate, Zuckerman has finally found the secret ingredient: widespread political support.

By a surprisingly wide margin, the Senate voted 26 to 2 on Tuesday to require any food "entirely or partially produced with genetic engineering" to be labeled as such, starting in July 2016. So long as the Senate can reconcile its differences with the House, which passed a similar bill last year, Vermont's law could take effect sooner than those passed in Maine and Connecticut.

Tuesday's overwhelming Senate vote was hardly preordained. Before making it to the floor, the bill had to weave its way through three committees, two of whose chairmen had previously expressed great skepticism. But throughout the floor debate, lawmaker after lawmaker cited the hundreds, if not thousands, of calls and emails they received in support of the bill.

"As chair of the agriculture committee, I wasn't really sold on whether GMOs were good, bad or indifferent," Sen. Bobby Starr (D-Essex/Orleans) told his colleagues. "But after weeks of testimony, it was very clear, very obvious that the people that we represent, that sent us here, definitely wanted this bill passed."

An even bigger obstacle was Sen. Dick Sears (D-Bennington), who chairs the Senate Judiciary Committee and excels at stalling legislation he doesn't like. But during Tuesday's debate, Sears proved to be one of the bill's strongest advocates. Though Attorney General Bill Sorrell told Vermont Public Radio last week that he would be "very surprised if we are not sued" over the legislation, Sears argued it would be "defensible" in court.

"I've just heard from so many constituents that they want this," Sears said in an interview. "I think, generally, people believe they have a right to know what's in their food."

The numbers appear to back that up. A poll conducted by the Castleton Polling Institute earlier this month for VTDigger.org found that 79 percent of the 682 Vermonters surveyed support labeling genetically engineered food.

Not everyone in the Senate got behind the bill. Sen. Norm McAllister (R-Franklin), a Highgate dairy farmer, said he's used genetically modified crops for years and finds them highly effective. Arguing that proponents were plied with "misinformation" and employed "scare tactics," McAllister disputed an assertion by Sen. Philip Baruth (D-Chittenden) that scientists have modified strawberry DNA with that of arctic flounder.

"As far as I know, you can't mix two species," McAllister said. "I think it would taste a little fishy, truly."

Sen. Peg Flory (R-Rutland), the other dissenting vote, questioned the notion that GMOs are unhealthy, arguing that neither the American Medical Association nor the World Health Organization had shown that to be the case. But she didn't belabor the point.

"People's minds are made up," she said, resignedly. "I get that."

How label crazy will the legislature get this year?

Nearly three weeks before it cracked down on GMOs, the Senate went even further with toxic chemicals. By a 17 to 11 margin, it passed legislation empowering the Department of Health to require the labeling of products containing chemicals it deems harmful — and, in some cases, banning them outright.

"What's been happening is the legislature has been tackling [harmful chemicals] one at a time, and you have 180 lawmakers with very little expertise in chemistry and science," says Sen. Kevin Mullin (R-Rutland), who sponsored the bill. "I think the health department has that expertise, so I think it's a really wise move."

Caught by surprise that the Senate would pass such a bill, industry lobbyists have descended upon the House hoping to kill it there — or at least defang it. Absent an update to the federal Toxic Substances Control Act, they argue that Vermont should follow the lead of other states and simply create an online database with information about what chemicals are in which products.

"From the beginning, our biggest interest is consistency," says Toy Industry Association lobbyist Andy Hackman. "From the standpoint of burden to industry, we don't want to recreate the wheel in Vermont."

Adds Associated Industries of Vermont vice president William Driscoll, "The more Vermont goes out on its own, the more it becomes a concern for manufacturers who are here or who are considering coming here."

It appears those lobbyists are finding some success in the House. A new draft unveiled Tuesday by Rep. David Deen (D-Westminster), who chairs the House Committee on Fish, Wildlife and Water Resources, would narrow the scope of the bill to products used by children. Further changes are likely in the closing weeks of the legislative session as the bill works its way through several other committees.

Vermont Public Interest Research Group executive director Paul Burns says he hopes the House will stick to the Senate-passed language, arguing that not just children but "pregnant women, the elderly and folks with compromised immune systems" are at risk. Burns says he hopes Gov. Peter Shumlin, who has spoken cautiously about the bill, will help push it over the finish line.

"We would welcome a more consistently favorable stance from all the agencies who are weighing in on this," Burns says. "In the end, I think the governor is going to be there and he's going to sign a bill if we get it to his desk."

Is there any limit to how much one can contribute to candidates, parties and political action committees in Vermont?

If that lack of certainty makes you cringe, you're not alone.

The ambiguity stems from a drafting error made in a campaign finance overhaul passed by the legislature in January. Soon after it was signed into law, Secretary of State Jim Condos' office noticed that it repealed Vermont's old limits effective immediately, but it didn't enact the new ones until January 2015 — after this November's state elections. That left a nearly yearlong window during which one could theoretically donate as much as one pleased.

As soon as the error was discovered, House members scrambled and quickly passed a technical correction bill reinstating the old limits until the new ones take effect in January. But, so far, the Senate hasn't followed suit. For the past month, the fix has been languishing in the Senate Finance Committee — and it's unclear whether it will even come up for a vote.

Why not? One possibility is that Senate leaders are leery of giving Sen. Peter Galbraith (D-Windham) another opportunity to push for lower contribution limits or a wholesale ban on direct corporate donations to candidates. Galbraith has spent years annoying the hell out of his colleagues by forcing uncomfortable votes on an issue most would prefer to settle behind closed doors. If the technical correction bill hit the Senate floor, Galbraith could amend away.

And not everyone thinks the fix is even necessary.

Sen. Jeanette White (D-Windham), who wrote the original campaign finance overhaul, says she thinks that, technically, Vermont currently has no contribution limits. But she thinks donors will voluntarily abide by the old rules, because they — and the candidates they support — would be scorned by voters if they, say, cut a $50,000 check to a state senate campaign.

"Don't you think the press would have a field day with that?" she says. "And wouldn't I lose more credibility than I would gain from that $50,000? So I couldn't imagine any candidate doing that, whether we make the change or not."

Sorrell sees it differently. The reason he thinks Vermont "probably" still has contribution limits is that the mistake clearly was clerical and, if challenged, a court would likely recognize legislators' intent to preserve the old limits for the rest of the year.

"No one was saying we don't want any limits this election," he says, summarizing the legislative debate. "The talk was more about when the new limits would take effect — in this cycle or the new cycle."

So what would Sorrell do if a candidate reported receiving a $50,000 contribution?

"We would communicate to the donor and the recipient that we are of the view that 'you're in violation,' so our suggestion is that the recipient send it back and the donor ask for it back," he says. "That would be the safer route."

And if the hypothetical donor doesn't?

"I'm kind of crossing my fingers that that doesn't take place," he says.

Galbraith vehemently disagrees that the state could enforce campaign finance limits that don't exist in statute — especially if the Senate fails to take up the technical correction bill this session when it has every opportunity to do so.

"If the Senate chooses not to make a correction, I think that's evidence that the legislature doesn't choose to have limits," he says.

So does Galbraith have a devious plan to relitigate campaign finance limits if the fix reaches the Senate floor?

"I'm not really working on anything, but when and if it comes up, I reserve all options," he hints.

Turmoil at one of the nation's largest newspaper chains could portend big changes in Vermont's media landscape. And no, we're not taking about the Gannett-owned Burlington Free Press.

The news didn't stop with the axing of Thunderdome and its 50 employees.

According to Nieman Journalism Lab's Ken Doctor, the move was "just part of a major north-of-$100-million cost-cutting initiative" as DFM "is readying its newspaper properties for sale." While the company hasn't said it will break up and sell its papers, Poynter Institute's Rick Edmonds wrote, citing two unnamed sources, "the properties have informally been shopped around since the start of this year."

"Everything you hear about struggles is hearsay," says Ed Woods, publisher of DFM's Vermont properties. "There is absolutely no truth to any spinoff."

Woods took to the pages of the Reformer and Banner this week to reassure readers that, as he put it, "We are well on our way" to transforming the papers into, well, "digital first" enterprises.

Of course, the future of DFM's Vermont papers will be determined not in Brattleboro or Bennington but in a Manhattan boardroom. And if the eight newsroom layoffs announced last Thursday at DFM's Salt Lake Tribune were a preview, the future may not be pretty.

Then again, if a sale to a local investor or regional company is in the offing, it's possible the Reformer, Banner and Journal could get a taste of what they've been missing since long before I worked at the Reformer in 2007 and 2008: the resources they need to thrive.