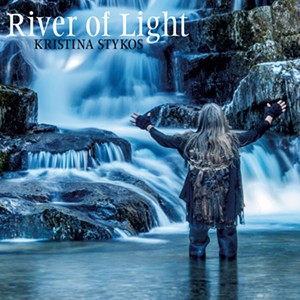 Since she started churning out recordings on her Thunder Ridge Records imprint in 2005, Kristina Stykos has embraced a unique vision of Vermont. Her dark and complex view of life in the Green Mountains is embodied by the folk-rock songwriter's Pepperbox Studio, where she's produced her own albums and dozens more for other artists. The off-the-grid studio is scenic and homey, a quintessentially rustic Vermont setting with sweeping mountain panoramas. But life there is as isolating and unforgiving as it is beautiful. That dichotomy has long informed Stykos' music, making hers a singular Vermont voice — up to and including when she lost it.

In 2017, Stykos was diagnosed with spasmodic dysphonia, a disorder that makes speaking and singing difficult or even impossible. It's the same ailment that has long plagued British folk-rock singer Linda Thompson. But rather than cowering in the face of a career-threatening disability, Stykos confronted it head-on. As she told Seven Days in early 2018, "If I can't sing, I'll talk."

On River of Light, her recently released sixth album, Stykos does both. She alternates between a dusky melodic rasp and a sort of spoken-word style that's equal parts slam poetry and talking blues, but set against a twangy, alt-country backdrop. Stykos' songwriting has always had a jagged edge. If anything, her vocal condition enhances that rough-hewn quality, bringing the stark isolation of her writing into finer focus.

In addition to her considerable gifts as a guitarist, arranger and composer, Stykos is a brilliant poet. Perhaps because of her vocal limitations, her words take on a newfound urgency here, evidenced in the first lines of opening track "State Line Diner." "It seemed so cruel, just one headlight / I can't see half of what I should tonight," she sings with a hoarseness that sounds something like Lucinda Williams after half a pack of Marlboro Reds. Then, "You said: She won't pass inspection, / that piece of junk / So you took the Chevy and I got drunk."

River of Light is loaded with similar fleeting but compelling moments of rural desperation. Stykos weaves a tattered tapestry of small towns and small lives but does so with compassion and understanding. Amid the dysfunction and heartbreak of songs like "Since You Asked" and "At the Edge," there is something else: redemption. Through affirming songs such as "Blessed Light," "Climb This Ground" and the title track, Stykos' latest chapter is one about overcoming adversity, of finding her voice.

To that end, she enlists some talented friends. Guitarists Steve Mayone and Val McCallum offer searing work throughout, adding texture and immediacy. Stykos' longtime drummer Jeff Berlin is as tasteful and locked in as ever. Fiddler Patrick Ross adds depth and rustic fire. And in vocalist Abby Jenne, Stykos has found a perfect foil. All of which makes River of Light Stykos' most emotionally affecting work to date.

River of Light is available at CD Baby.