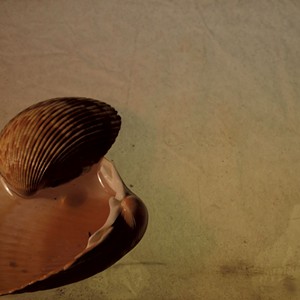 Rebecca Mack and John Thompson-Figueroa, a couple and local musicians with eclectic backgrounds, have teamed up for a new project called Knit and Purl. Mack leads Amerykanka, a choral group focused on Eastern European harmonies, while Thompson-Figueroa is a trusty sideman known for his work in bands such as psychotropical jazz outfit Guagua and klezmer-folk group Inner Fire District.

Their first record, Loop Gloss, Vol. 1, is a bit of a letdown, as is Side B, a collection of material lifted from the debut and released simultaneously. Both are so cluttered with ideas that Mack and Thompson-Figueroa seem to trip over their own feet. Hopefully they'll work out some kinks on future installments.

In an email to Seven Days, Mack said that a friend who was given a sneak peek of the project likened Knit and Purl's style to the Books and DJ Shadow. Both pioneers of early-2000s trip-hop, those artists approach music as a collage, layering fluttering instrumentation, chill beats and esoteric samples.

Knit and Purl do something similar on a superficial level, but their meaningless hodgepodge of looped instruments, samples and field recordings fails to please. The only through line in this junk drawer of sound is anarchy, an approach that yields diminishing returns.

Loop Gloss, Vol. 1 and Side B are a collision of chamber music, hip-hop and avant-garde elements. There's a modicum of satisfying material on a few tracks, however. Loop Gloss, Vol. 1's elegant, rain-soaked opener "Good Evening" hums with emotive resonance, recalling Björk's a cappella masterpiece Medúlla. "May 9, the Universe and Everything" is a prickly, harp-laden gem with an ancient air.

Unfortunately, the record is less than the sum of its parts.

Most of the songs follow a repetitive formula: sound fragments in seemingly random order, lacking nuance or grace. The constant stream of new ideas is the aural equivalent of channel surfing.

Knit and Purl employ vinyl scratching haphazardly; it butts in like an unwanted party guest who presumptuously interrupts a conversation.

Mack and Thompson-Figueroa have produced some high-quality work in the Burlington scene, which makes Loop Gloss, Vol. 1 and Side B all the more bewildering. Obviously, anyone can and should make any kind of art they want — but results will vary.

Album Review Knit and Purl Loop Gloss Vol. 1 Side B