Kitchen Table Bistro Takes Over On the Rise Bakery 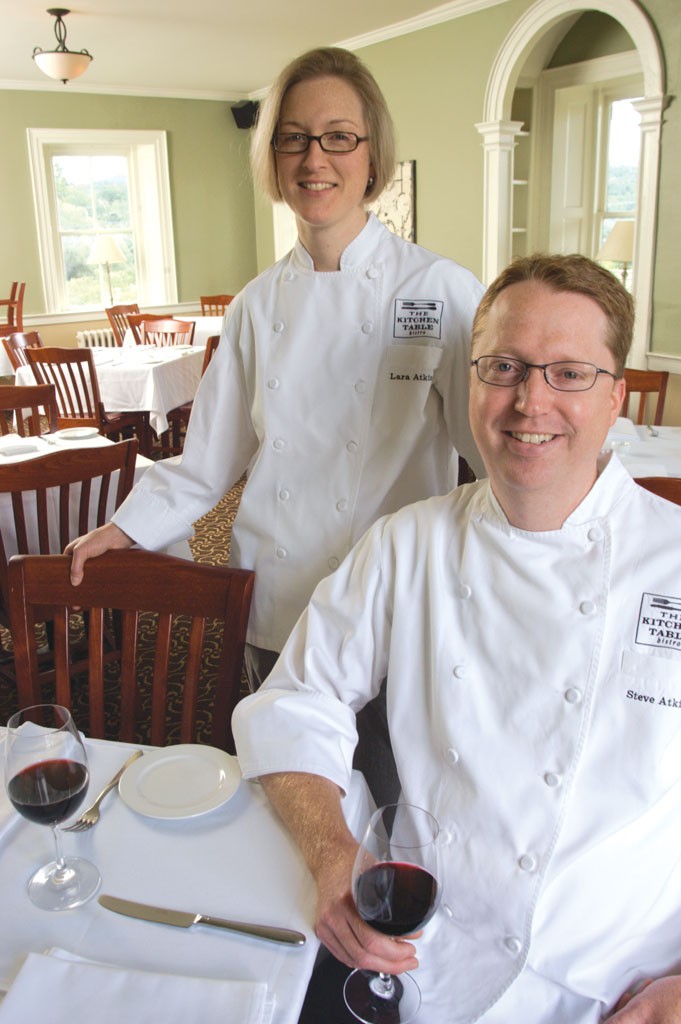 Richmond's On the Rise Bakery will serve its final meals on September 30, then turn over 39 Esplanade to the owners of the Kitchen Table Bistro. Steve and Lara Atkins and Neal Johnston hope to open their new restaurant, Parkside Kitchen, by late October.

Lara Atkins, the Kitchen Table's pastry chef, will work full time at the new restaurant, while Steve stays at their original spot. Larger-scale bread production, including On the Rise's beloved bagels, will give way to "lots of morning pastries and muffins and scones," says Steve. New fryers in the kitchen will produce doughnuts and apple fritters, too.

In the weeks before opening, Parkside's kitchen will be renovated into a structure more restaurant than bakery. Unlike the dinner-only Kitchen Table, Parkside will serve three meals daily during the week, and brunch and dinner on weekends. "It's still going to be primarily seasonal, farm-to-table — very much an emphasis on the local things we do here at the Kitchen Table, but at a much more accessible, lower price point," Johnston explains.

While Parkside will not follow On the Rise in its vegetarian menu, Atkins promises plenty of options without meat. "We plan on having lots of vegetable dishes and salads and small plates. There'll be pastas and lots of wood-fired things to take advantage of the beautiful oven in there — with some meats as well," he says.

But don't look for a continuation of On the Rise's thriving music scene. Parkside will be all about the food.

The original print version of this article was headlined "Parkside Preview"

Speaking of On The Rise Bakery, The Kitchen Table Bistro

Food News On The Rise Bakery The Kitchen Table Bistro