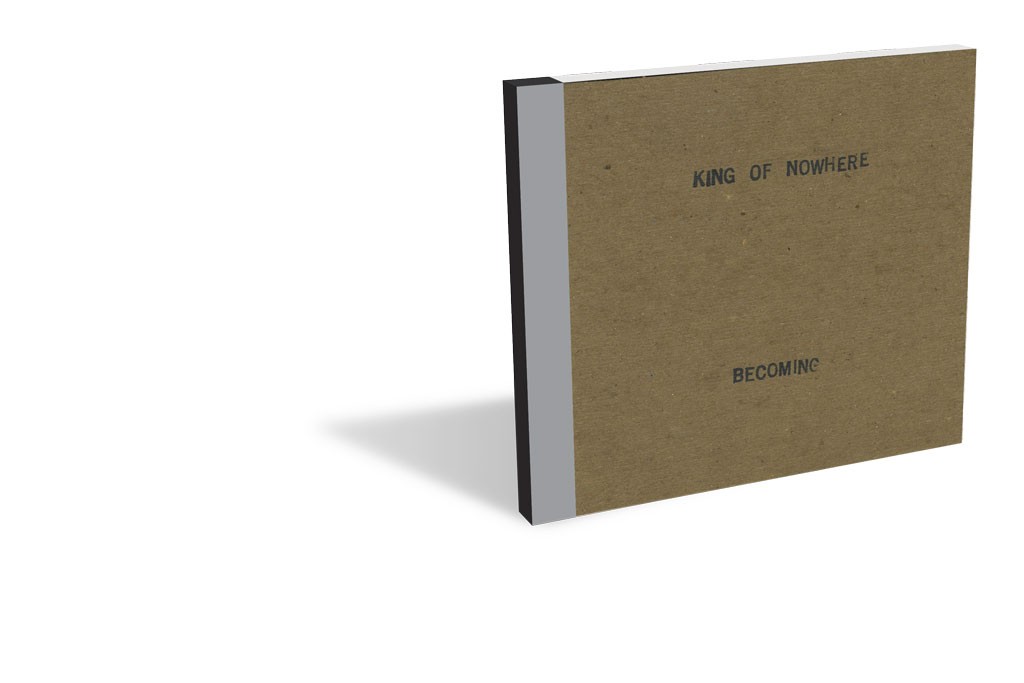 When last we heard from Jesse French, the Chittenden County native had just released his promising 2011 solo debut, His Sign in the Sky. The son of local musician and bandleader Ken French, the songwriter and multi-instrumentalist showcased skill and sensitivity beyond his years. Now based in Northampton, Mass., French is currently writing and recording under the name King of Nowhere. On his recently released debut as KoN, aptly titled Becoming, French reveals a rapidly maturing and insatiably curious artistic mind.

To call Becoming a solo project is a little misleading. While French wrote and arranged each of the album's six tracks, he surrounds himself with a veritable mini-orchestra of players on percussion, keyboards, guitars and strings. In a recent email to Seven Days, he explains that his goal was to translate "guitar-driven songs to a large ensemble and an expansive collection of textures." Mission accomplished.

Blending elements of ambient, alt-rock and even chamber music, the record is a swirling, multilayered work of luminous artistic ambition crafted around pop archetypes and projected through a hazy prism of experimental sound. Think Rufus Wainwright by way of Sufjan Stevens or Volcano Choir.

"Beverly Hospital" is at once tenderly intimate and cinematically expansive, building from hushed ruminations on emotional rebirth to a brilliant explosion of sound that's something like Built to Spill playing alongside a string quartet.

On "Captain of the Shore," French shows off his lyrical chops with a sepia-toned tale about a landlocked sea captain. The song exudes a literary feel not unlike those of the Decemberists' Colin Meloy — minus that singer's insufferable pretentiousness.

"Domestic Policy" is a heartbreaking exposition that presents a slowly crumbling live-in relationship as political negotiation. The conceit shouldn't work. But it does, thanks to a moody, disorienting string arrangement and incisive lines such as, "We engage in diplomacy, domestic policy / at times a truce for a while. / We discuss concession, appeasement, aggression / Put proposals of union on file."

"Authors of Novels," the album's longest track, feels a bit bloated. Somewhat like the tomes of the wannabe scribes French appears to needle, it's a dense piece to parse, both lyrically and musically. But that may be the point.

The paranoid "Meltdown" follows, offering a snapshot of an addled mind. Moments of perplexed confusion embodied in fractured strings and guitar dominate, but are given occasional respite when the composition coalesces around the soothing hook.

"Your Architect" closes the album in transcendent, dynamic fashion, expanding and contracting in thrilling fashion before finally washing out in a serene ripple of piano and acoustic guitar.

Becoming by King of Nowhere is available at kingofnowhere.bandcamp.com.

Album Review Jesse French Becoming His Sign in the Sky