Kim MacQueen to Discuss Her "Novel of Women and Apes" 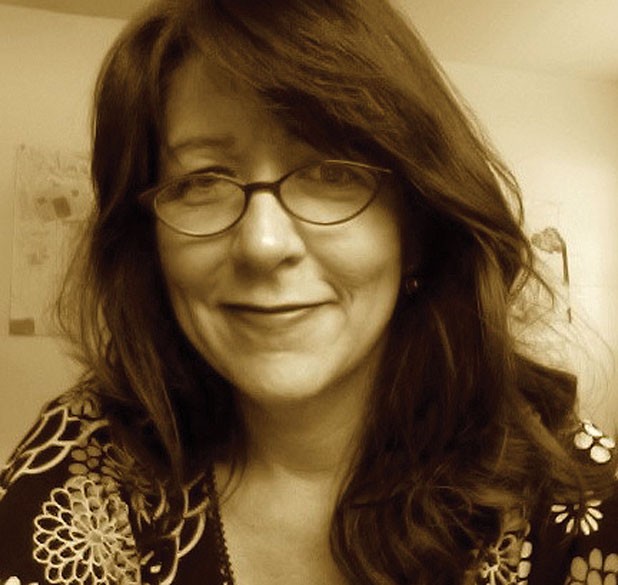 When Kim and Steve MacQueen moved to Burlington, Vt., from Florida last summer, Steve got all the media attention as new artistic director of the Flynn Center for the Performing Arts. It took Kim, a writer, a bit longer to make her mark, but she brought with her a diverse résumé that included work as a political/education/crime reporter, lab researcher and writer or editor of everything from legal publications to magazines to websites. Then, she took a job teaching writing at Champlain College, and (full disclosure) has occasionally contributed to Seven Days.

Next week, Kim MacQueen further “outs” herself in her new community with a discussion of her debut novel at Phoenix Books Burlington. The title alone is likely to attract attention: Out, Out: A Novel of Women and Apes. MacQueen’s protagonist is a new mom with “postpartum depression, a listless marriage and a career in free-fall,” describes a release from Phoenix. But things pick up — and twist and turn — when she takes a job in a university laboratory that works with “language-competent apes” and is run by a brilliant-but-flawed primate biologist.

It’s a unique plot, and one that “puts both apes and humans under the microscope,” according to a reviewer on IndieReader.com. Color us intrigued.